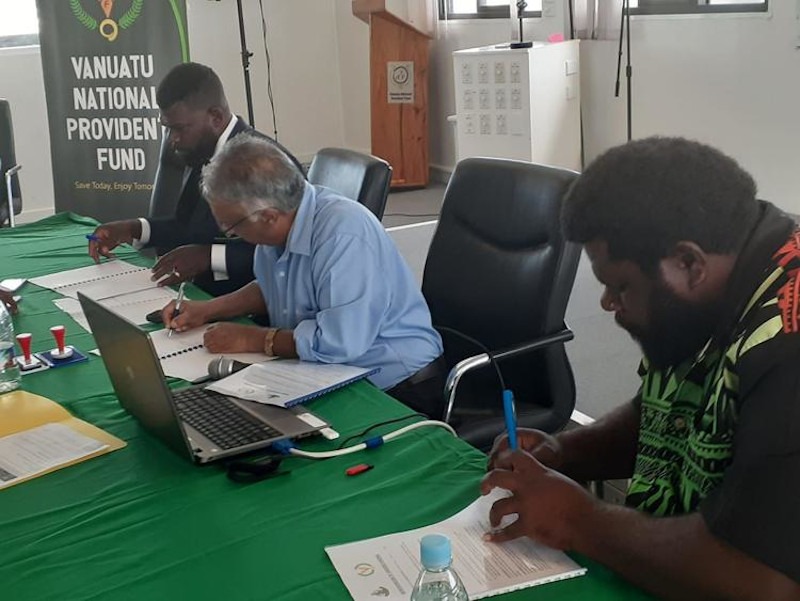 The Vanuatu National Provident Fund (VNPF) and the Vanuatu Cooperatives Business Network (VCBN) have signed a Memorandum of Understanding (MoU) to establish a joint venture to support the private sector.

Under the agreement, VNPF will fund the construction of a fruit canning factory on one of its undeveloped land in Santo and lease it to someone to manage it, said the General Manager (GM), Parmod Achary.

“Both VNPF and VCBN will own shares in the factory,” he said.

“Members of VCBN will benefit in two ways; they will sell their fresh produces to the company and will also gain profit which comes in the form of dividend. “Part of the responsibility of VCBN is to ensure consistent supply of raw materials for canning.”

The informal sector in Vanuatu which 70 to 80% of the population. It covers market vendors, fishermen, kava operators, farmers and bus operators.

VNPF started tapping into the informal sector last year with the seasonal workers. This new platform aims will increase household income at the same time, generate revenue for VNPF.

This is part of its ongoing initiative to capture and develop informal sector employment, enhance investment and informal member’s registration for voluntary deposits.

According to the MoU document, part of the obligations of the Cooperatives Department are to assist in developing and providing a voluntary superannuation scheme that fits the need of the informal sector and assist informal members enjoy benefits of VNPF as retirement benefits, annual interest, special death benefits, surcharges wages and disaster recovery funds.

Director of the Department of Cooperatives, Ridely Joseph, said cooperatives have been part of human life in rural years for many years and are vital for rural economy.

He highlighted some of the challenges facing cooperatives such as lack of access to development funding, poor infrastructure and poor qualified cooperative leaders and managers.

There are more than 300 cooperatives in Vanuatu, according to the VCBN General Manager, Jack Loughman.

“The MOU is just timely and reflects the purpose of VCBN existence under the Cooperatives Societies Act. 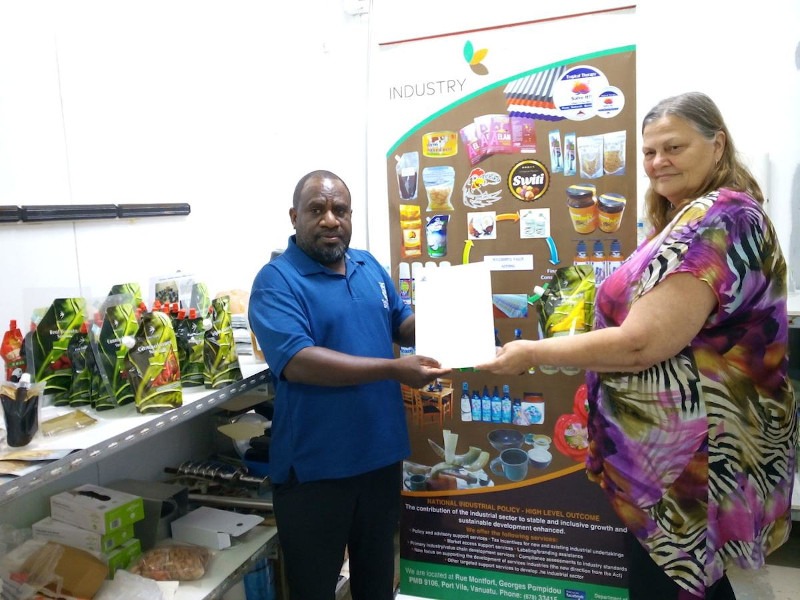 “Its core function is to build capacity and education for its leaders, managers, members and at the same time strengthen governance, create market linkages through rural-urban trade initiatives, facilitating import and export in alignment with relevant local and international standards trade commodities, and financial management of cooperatives.

“As part of its mandate VCBN is tasked with selecting key business areas which will be mutually beneficial to its members and to advance the government’s agenda through joint implementation of each agencies of government, NGO’s, donor partners strategic and policy framework towards achieving specific key indicators outlined in the National Peoples Plan 2030.

“The intention of VNPF and VCBN is purely business and investment dealings under a joint company to operate Local Fruit Juice processing facility in Santo, eventually on Efate and of course other Islands of Vanuatu.

“Coops will act the point of sales by which farmers can sell product within their door step through their established cooperative. Financial Systems and Information Management System will also be installed in each cooperative to facilitate clear traceability and accountability of funds and production data for governments policy decisions. 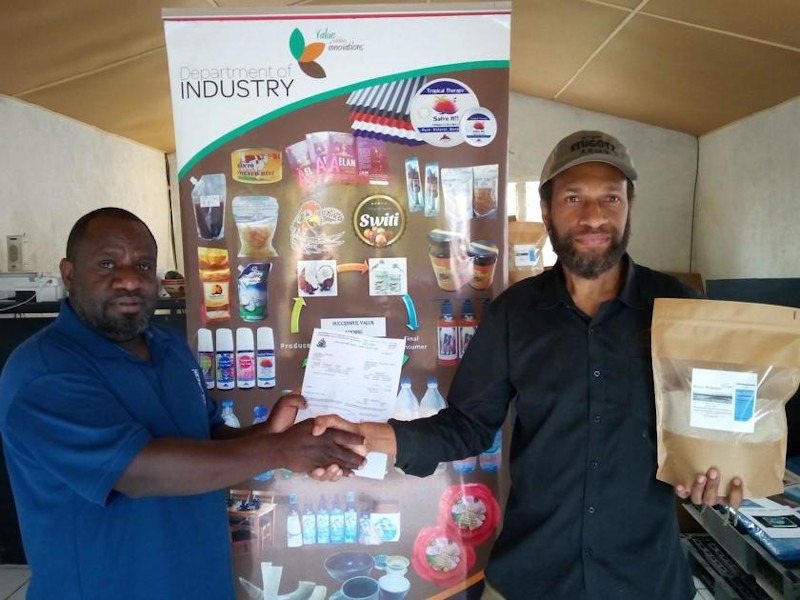 “The informal sector will also contribute to VNPF under the Voluntary Category and will also benefit from the investment benefits as guided within the VNPF Investment Policy and Act.

“All economically active population who are also the members of the VNPF can also register and establish their own producer’s cooperative and sell directly to this established joint investment.

“Dividends awarded to VCBN will then be paid to each coop and each coops member directly involved with the primary production of specific products required by this joint investment while, the remaining shares will be retained by the VNPF and held in trust for each active VNPF members as stipulated under the investment policy and the VNPF Act”, he said.

Director of Cooperatives Joseph and VCBN GM Loughman put pens to paper with the VNPF GM Achary in the MoU signing recently.