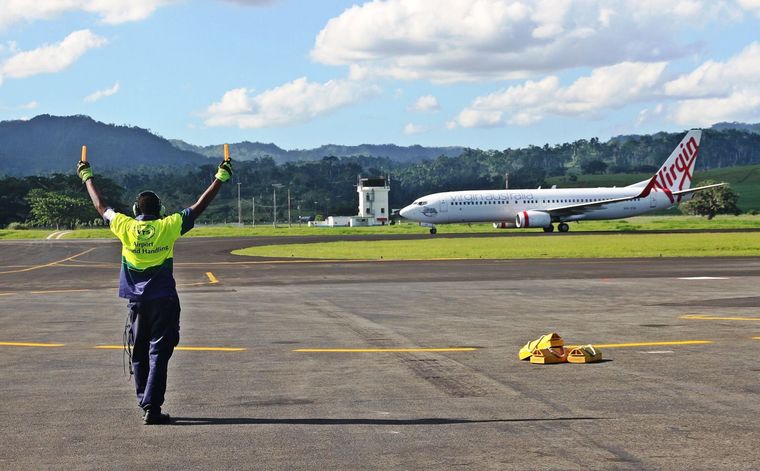 Rejoicing was heard on the ground and in the air, as after four months’ suspension of service from Virgin Australia, the Airport once again is receiving regular visits from the Australian carrier.  The Government’s contractor has successfully renovated the tarmac with more advanced technology and the second phase of work is in progress.

Virgin Airlines first Boeing 737 departed from Brisbane in the morning at 10:30am AEST and landed at 2:17pm Vanuatu time at Bauerfield International Airport –  a full 13 minutes ahead of schedule.  Air New Zealand has indicated they may hold their flights back until the final completion of the work by the end of this year.

Airports Vanuatu Limited CEO Jason Rakau announced via Facebook that he is pleased that the airline has resumed their flights to Port Vila.

“We are glad to see the Virgin tail back at our gateway airport and look forward to working closely with all our client airlines to ensure their continued services to Vanuatu.”

With the upsurge of interest during the current Vanuatu Tourism Office promotions in Australia, resuming of the Virgin flights has come at the right time. 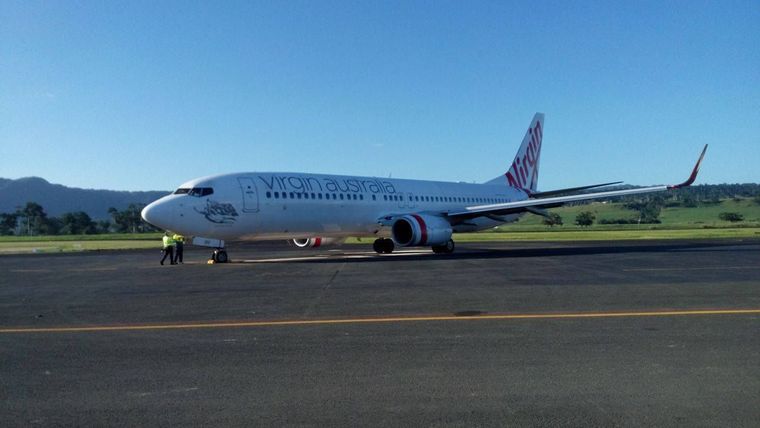