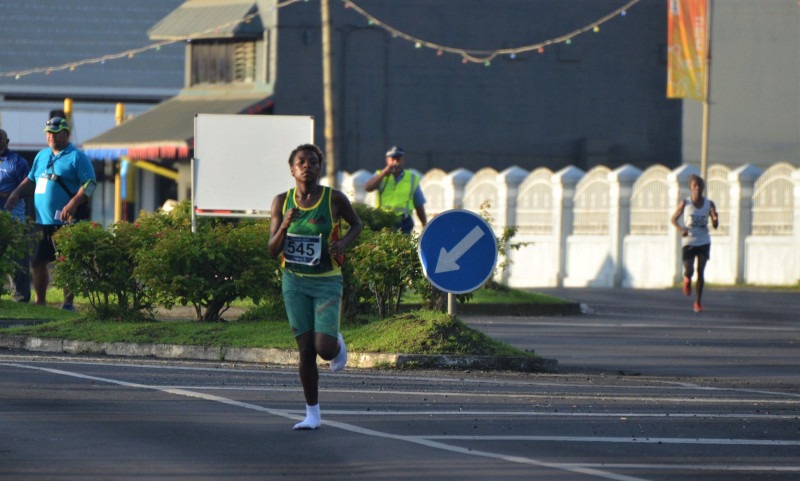 Her time was 1:29:55. According to the Pacific Games News Service, she had won all the distance events in Vanuatu in bare feet before competing at the Games, which were held in Samoa. Kuras finished 15 seconds ahead of Dianah Matekali and Sharon Firisua of the Solomon Islands, in second (1:30:10) and third place (1:32:36). 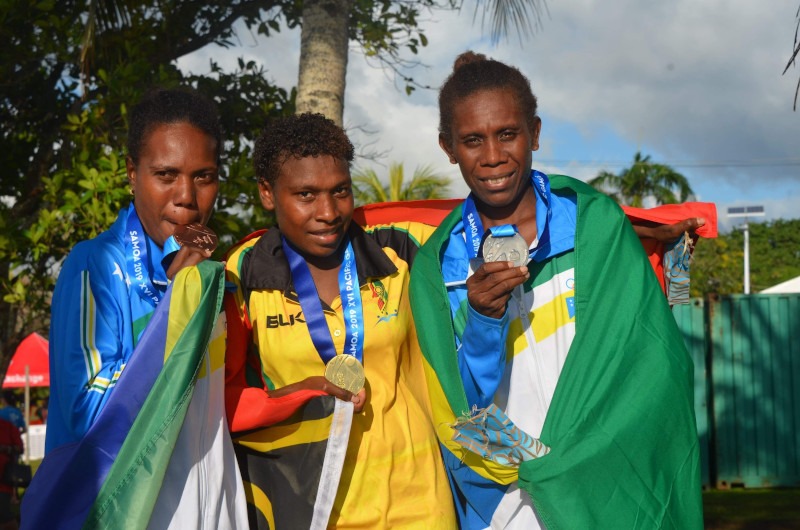 It seems Kuras felt some pressure to wear footwear for the race, but donning socks was as far as she was prepared to go. “Wearing socks is a personal decision that I made because I had never run with shoes on before, so I didn’t feel comfortable running in shoes at these Games,” she told the news service. “When I tried the shoes on, my feet felt too heavy and I didn’t like it.

“I was nervous to run without shoes on, because I could see everyone else with shoes on, but I knew that wearing shoes was not an option for me if I wanted to win, so I chose to run with socks on instead. I know there are a lot of young people back home who have never run with shoes on, just like me.

“So I would like to encourage them not to be afraid to expose their talents so they can have the same opportunities that I was given.”

Kuras said her brother Sam, who was also running the half-marathon, slowed down to run with her and encourage her in the final metres of the race, for which she expressed gratitude. (No word on whether Sam was wearing running shoes.)

Kuras also won silver in the women’s 10,000m on Thursday.