Vanuatu Vaccines Delivered From the Skies 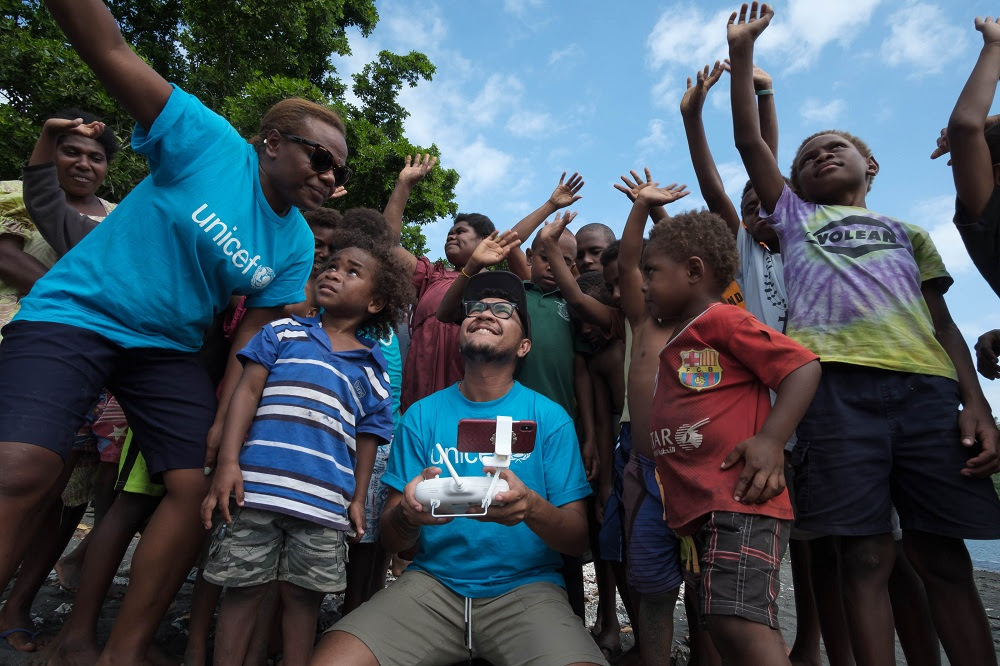 Public outreach is part of a vaccine delivery program in Vanuatu. A demonstration on the island of Epi. (Jason Chute/Unicef Pacific)

In the village of Cook’s Bay, on the remote side of the remote island of Erromango, in the remote South Pacific nation of Vanuatu, 1-month-old Joy Nowai was given shots for hepatitis and tuberculosis that were delivered by a drone.

It was the first vial of vaccine ever delivered that way in Vanuatu, which is the only country in the world to make its childhood vaccine program officially drone-dependent.

Vanuatu is an archipelago of 83 volcanic islands. Many villages are reachable only by “banana boats,” single-engine skiffs that three-and-a-half-meter waves sometimes roll over or smash into cliffs. Other villages are at the end of mountain footpaths that become bogs when it rains. Many vaccines need refrigeration, and most villages have no electricity.

For those reasons, about 20 percent of Vanuatu’s 35,000 children under age 5 do not get all their shots, according to the United Nations.

So Vanuatu, with help from Unicef, the Australian government and the Global Fund to Fight AIDS, Tuberculosis and Malaria, began its drone program on December 17.

As drones have improved, their potential uses in global health have increased.

Zipline, a California company, has piloted more than 8,000 flights over Rwanda, delivering blood for transfusions.

Since last year, Unicef has run a “drone test corridor” in Malawi to test delivery of humanitarian supplies.

But this is the first commercial contract for routine childhood vaccines. Swoop Aero, an Australian start-up, will be paid only for shipments that arrive safely, Unicef said.

Miriam Nampil, the 55-year-old nurse who gave the shots in Cook’s Bay, lives in Port Narvin, whose clinic has a solar-powered refrigerator.

“This drone will change my life,” she said. “Normally, I must trek about two hours over the mountain each way, and the vaccine carriers are heavy.”

With its wingspan of two and a half meters, the white Swoop drone resembles a robot albatross. But it lacks that bird’s calm, floating flight pattern.

Instead, it shrieks with the buzz of a disturbed hornets’ nest as it shoots straight up in the air and zooms off at speeds of up to 95 kilometers an hour.

The drone will soon be doing 130-kilometer round trips, said Eric Peck, one of Swoop’s founders. Because it communicates with the Iridium satellite network, it can be piloted from anywhere in the world.

Eventually, he said, Swoop will train local pilots and help the government build its own drones by attaching mail-order engines to wings that can be produced on a 3-D printer.

“We need to make sure people aren’t spooked by a buzzing thing in the sky descending on them,” said Sheldon Yett, Unicef’s Pacific islands representative. “We want to make sure some kid with a catapult doesn’t shoot it down.”