VANUATU: STATEMENT OF THE IMF

VANUATU: STATEMENT OF THE IMF 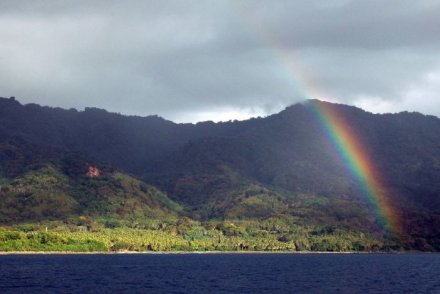 Press Release No. 14/83 March 4, 2014An International Monetary Fund (IMF) mission led by Mr. Vladimir Klyuev visited Port Vila,Vanuatu, during February 23 – March 4, 2014 to discuss the economic outlook and policies with the authorities, private sector representatives, and development partners. The mission focused on policies to bolster inclusive growth in a sustainable manner. The following statement summarizes the findings of the mission:“Economic activity is picking up, and the outlook is favorable. Real GDP growth accelerated to about 3 percent in 2013, and is expected to increase further in the next few years as several donor-financed infrastructure projects enter the construction stage. Inflation is projected to rise moderately as demand pressures increase, but should remain within the 0–4 percent comfort range of the Reserve Bank of Vanuatu (RBV).“A critical challenge for Vanuatu is to support economic growth while protecting its policy buffers. The mission welcomes the authorities’ ambitious development agenda and agrees that infrastructure investment is key to unlocking the country’s growth potential and raising the standard of living of all Ni-Vanuatu. While low public debt and substantial international reserves allow some room for borrowing to finance high-value development projects, policy space needs to be retained to maintain confidence and as a cushion against recurring shocks. This will require careful analysis of returns on each project and financing available as well as of the impact on overall public debt, since even concessional loans may result in a heavy debt service burden. In addition, the implementation capacity needs to be taken into account in deciding the scale and sequencing of the public investment program.“Fiscal policy needs to ensure that adequate funding is available for key priorities, including infrastructure and social spending such as health and education. Strong discipline is required to make sure that expenditure commitments stay in line with budget appropriations, including in granting tertiary scholarships. On the revenue side, while the “Commercial Diplomacy Program” may give a temporary boost to the budget, in the longer term a more durable solution is required.

“The peg of the vatu to a currency basket has served Vanuatu well. The exchange rate remains stable, and Vanuatu’s external position is strong with adequate international reserves. The current account deficit is expected to rise with public investment but it will be covered by capital inflows.

“The mission welcomes the initiation by RBV of a monetary policy facilities review. To keep inflation in check, the stance of monetary policy will likely need to be tightened over time as investment projects put pressure on demand.

“The banking system remains well-capitalized and highly liquid in the aggregate. In view of continued rise in non-performing loans, the mission welcomes the banks’ efforts to strengthen their balance sheets and the steps taken by RBV to enhance prudential oversight.

“The mission welcomes the new Government Business Enterprise (GBE) Policy aimed at improving discipline, accountability and financial viability of GBEs and looks forward to it being codified into law. In line with that policy, as a general rule developmental or social objectives should not supersede primary functions of public financial institutions. In cases when such mandates are imposed, the institutions should be adequately compensated for the cost and the expenditure should be transparently recognized in the budget.

“The mission expresses its gratitude to the authorities and other key stakeholders met during the visit for their hospitality and open discussions.”