Vanuatu set to graduate from Least Developed Country status in 2020 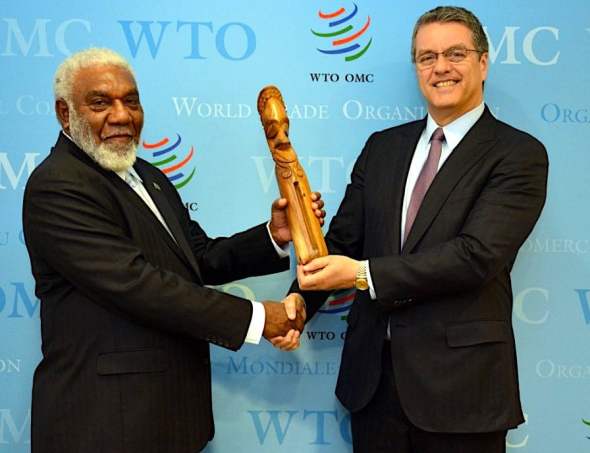 Mark your diary: Vanuatu will cease to be a Least Developed Country (LDC) in 2020. DPM Joe Natuman is attending the World Trade Organisation (WTO)’s 2017 Aid for Trade Biennial Review in Geneva, Switzerland. He has attended some 50 sessions while there. “Inclusiveness, and Connectivity for Sustainable Development” is the theme of the event. The Aid for Trade Initiative of the World Trade Organization was launched in 2005. LDC is a UN category that currently affords Vanuatu special treatment from certain trading partners in terms of preferential quotas, duty exemptions and prices, some of which will cease when Vanuatu graduates to the next category, Developing Country.

At 4pm sharp tomorrow the sirens attached to each of the tsunami warning towers in Port Vila will blast off, launching themselves with the warning sound which will precede any serious warning of the approach of a tsunami. Department of Geohazards Manager Esline Garaebiti says these are the first ever warnings to be given and they will happen simultaneously tomorrow. The weather being fine, the launch also affords the general public the chance to read the information on the signposts to know exactly the purpose and management of the system at these community collection places. Communities have helped the Geohazards Dept. enormously by asking many questions.

Delightful photos of Vanuatu’s Smart Sistas girls together with their robot to continue in publication. But the latest suggests they are still in Washington DC. They came 163rd in the final ranking: hardly top of the class, but a valiant first effort. Yet we will hear more.