Vanuatu Provides For Its Own Thanks to Record CBI-Revenue 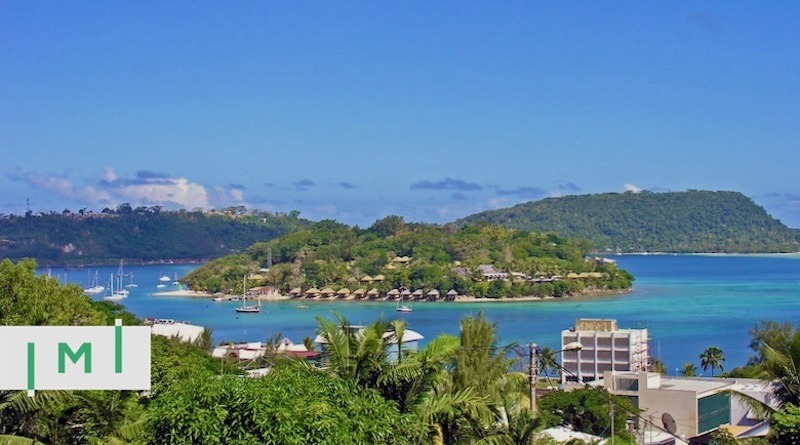 At the height of the pandemic, Vanuatu is raking in record CBI-revenue and spending most of it on cyclone and COVID-relief.

The new Chairman of Vanuatu’s Citizenship Commission, Ronald Warsal, has confirmed that citizenship by investment-derived revenues have continued to accelerate in 2020.

Between January 1st and April 30th this year, before Warsal’s tenure had begun, citizenship investors injected some VT4 billion into government coffers, a figure that grew by a billion a week during his first three weeks on the job.

“In the first week of May,” Warsal explained to the Vanuatu Daily Post, “we collected VT 1.6 billion. Last week, we collected VT 400 million and next week [this week] another VT1 billion.”

All told, Warsal’s comments would imply that VT7 billion worth of investments (about US$59 million) had reached the island in the first 20 weeks of the year, or close to US$3 million a week. That compares favorably to last year’s results, which saw citizenship by investment bring in slightly more than US$2 million a week, on average.

Parliament had tasked the Citizenship Commission with raising VT7 billion for the whole of 2020 through the CIP, a goal the Commission has now reached with 32 weeks to spare. Chairman Warsal, moreover, indicated he expected the program to attract a total of up to VT15 billion (US$126 million) this year, an estimate that now looks more than probable. 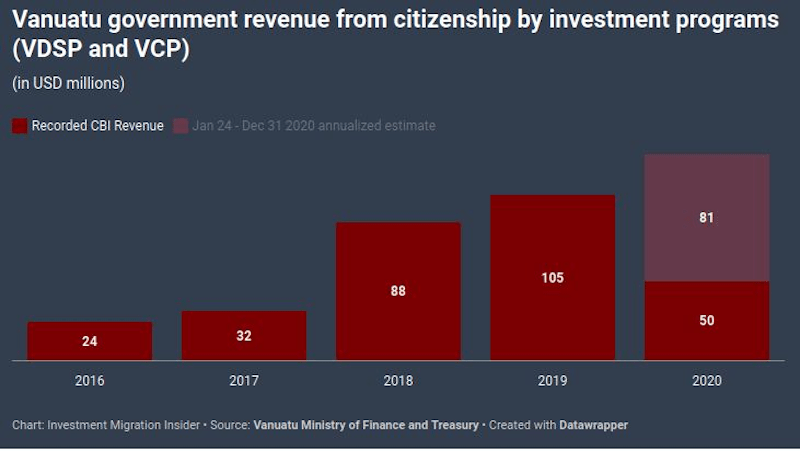 The unencumbered cash couldn’t have come at a better time for the country, which – while itself not directly affected by the pandemic – has seen tourism revenues dwindle to nothing as the country closed its borders all while suffering from the devastations of Cyclone Harold in April. The government has since put together a large stimulus package, funded in its entirety by reserves accumulated through citizenship by investment.

“I can confirm the stimulus package of VT4 billion to help businesses and employees that have been affected by the COVID-19 pandemic was sourced in the national treasury through the funds collected by this program,” said Warsal. “While we have lockdowns all over the world, it is good for our economy to be that strong in terms of revenue because we still don’t know how long the pandemic will last.”

Vanuatu’s instance is a further testament to how a tiny country with few natural resources can take care of and provide for its own population with independent funds raised by citizenship by investment, rather than relying on emergency loans or handouts from the World Bank, the IMF, or former colonial authorities. Similar stories played out in the Caribbean during 2017’s hurricane season, particularly in Dominica and Antigua & Barbuda. 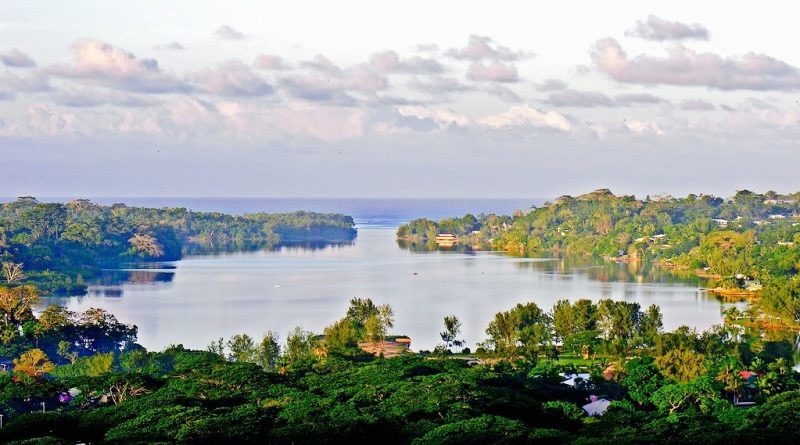 Real estate investment option in the cards?
The new Chairman’s first assignment was to embark on a comprehensive review of the country’s citizenship program and how it could be reformed to more directly benefit the local population. Speaking to the Daily Post, Warsal made comments that hinted at the possible introduction of hospitality-related projects for the program.

“We will not stop the program but continue to expand the investment program to the Citizenship Tourism Investment Program (CTIP), in order for investors who wish to pay for citizenship to also invest in the country and, in return, provide work to Ni-Vanuatu citizens,” Warsal said.

Explaining that hardly any citizenship investors physically relocate to the country but, rather, obtained it merely with an eye to increasing their visa-free travel, Warsal indicated he hoped to amend the program to move it beyond such a one-off transaction.

“The government is preparing a policy paper in line with the expansion of the program and to tighten up for investors to invest in the tourism sector. By doing so, it will provide employment to locals while investing in the program,” he said.