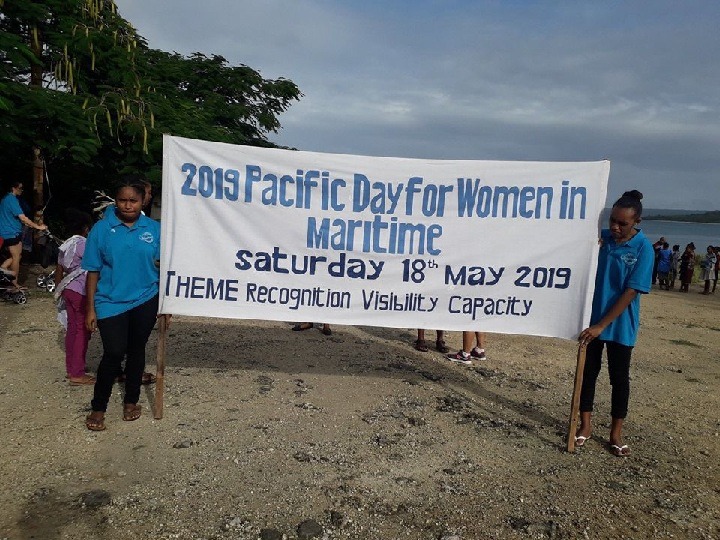 Director Worek congratulated VANWIMA for organizing the event and for challenging a “male- dominated workforce”.

He stressed the importance of seeing more women in Vanuatu in the Maritime industry. He said so far, Vanuatu only has a few captains and two graduate engineers who serve on-board vessels.

Most women in Maritime tend to be part of the onshore pool of employment whilst the majority of females are on cruise ships but not in maritime trade qualification, so Vanuatu women need to be more involved in this area.

After the official remarks, the keynote remarks were delivered by the President of VANWIMA and Finance Manager to the Office of the Maritime Regulator, Mary Navaika.

She emphasised on the International Maritime Organisation (IMO) Women in Maritime slogan “Training-Visibility-Recognition”.

The program started around 7.30am with a march from Ifira landing through the main town and ended at the MIPU compound, George Pompidou. The closing remarks was officiated by the CEO of the Vanuatu Maritime College.