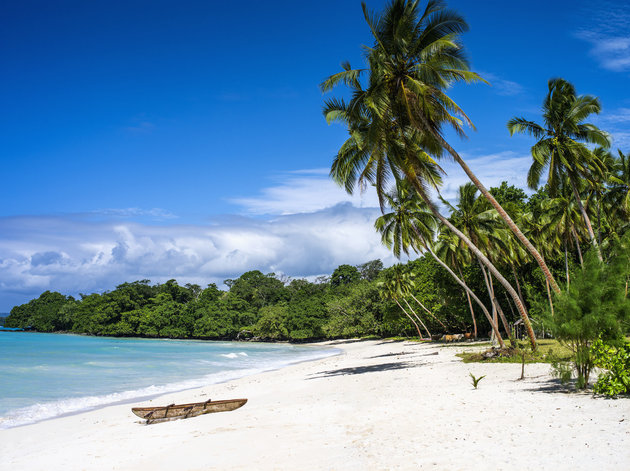 Ask any traveler to run down their bucket list of islands to visit, and you’ll almost certainly recognize the lineup. Hawaii, Fiji, Bali, and Bora Bora are all stunning spots, to be sure.

One name you probably won’t hear, however, is Vanuatu. And maybe that’s a good thing, because once word gets out, this small nation in the South Pacific could easily become the world’s most talked-about islands escape.

Most Americans likely don’t have Vanuatu on their radar, as Business Insider recently pointed out in a lineup of lesser-known islands. But that doesn’t mean this paradise of empty white-sand beaches, authentic local villages and a larger-than-life active volcano isn’t worth a spot on your list. Take a look: 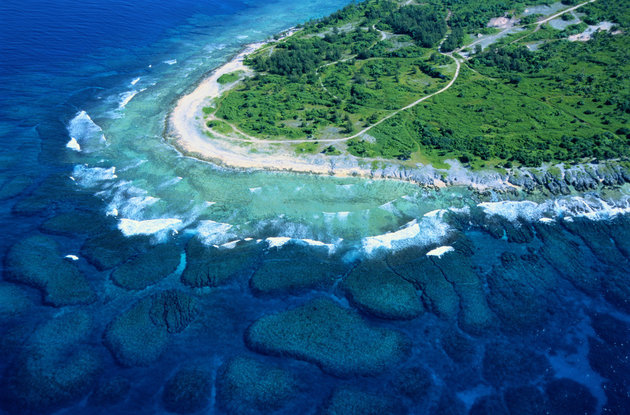 SAMI SARKIS VIA GETTY IMAGES
A blue-water cape on Efate, one of Vanuatu’s main islands. 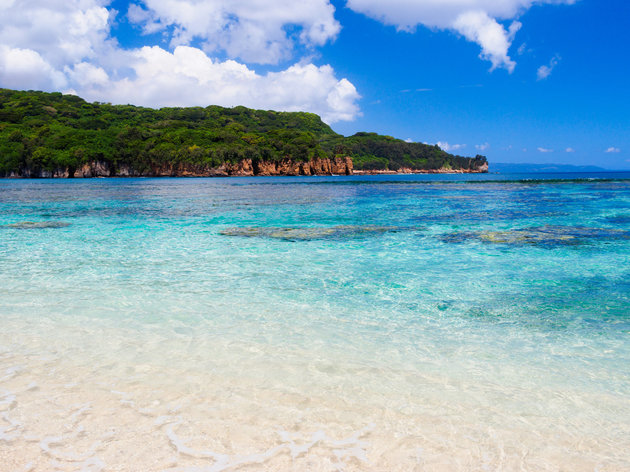 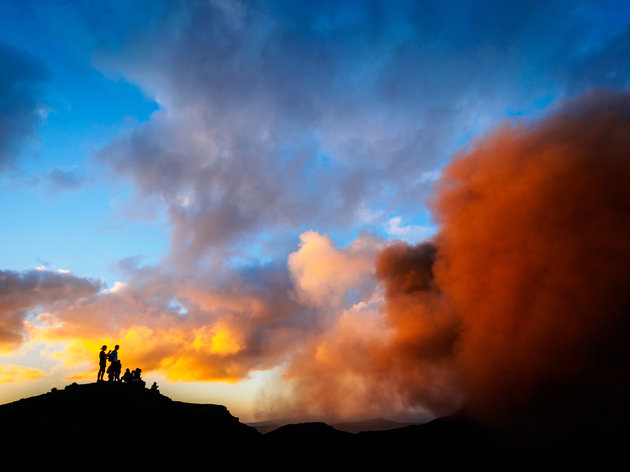 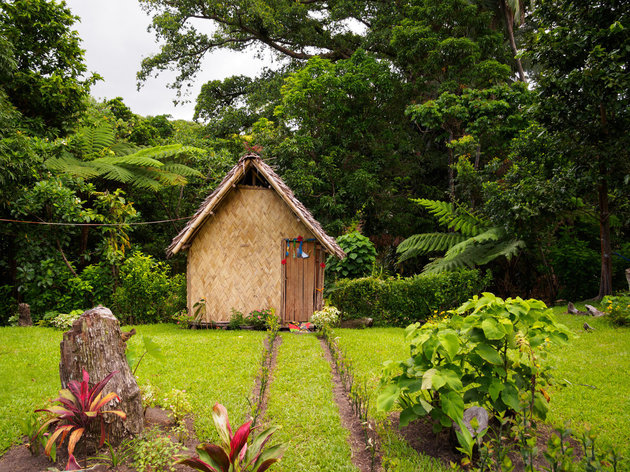 WHITWORTH IMAGES VIA GETTY IMAGES
A traditional thatched bungalow in a local village. 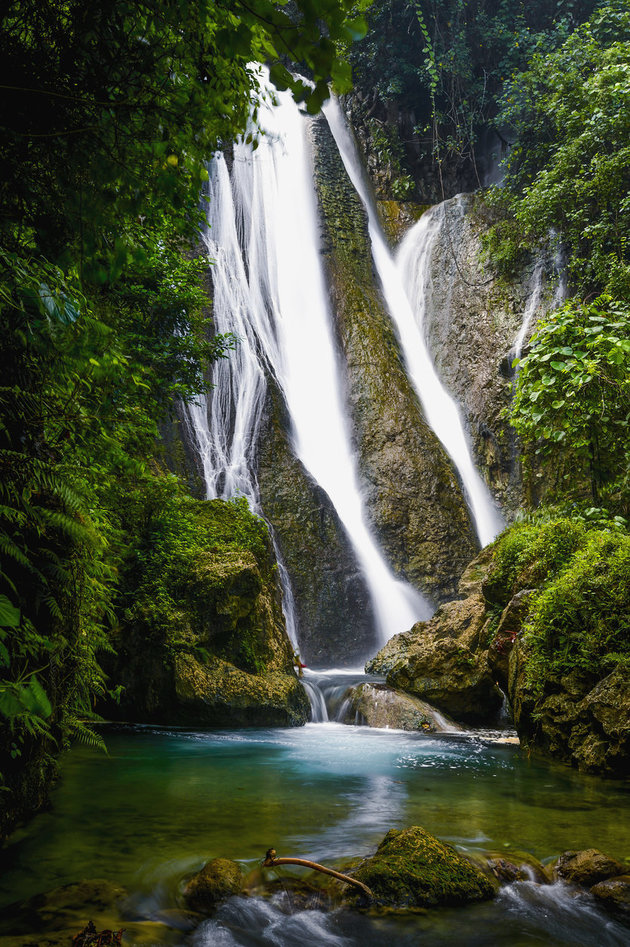 Vanuatu isn’t just one island: It’s a chain of four main islands and 80 smaller ones nestled between Australia and Fiji.

In Vanuatu, adventure abounds: Visitors can hike right up to one of the world’s most accessible volcanos, Mount Yasur, for a fiery lava show that goes off round-the-clock. A visit to Millennium Cave, meanwhile, requires trekking through the jungle and making a challenging descent into a cavern before swimming down a river littered with waterfalls. Remote beaches and visits to working villages round out a trip that’s adventurous, relaxing and intriguing without ever being glitzy or touristy. 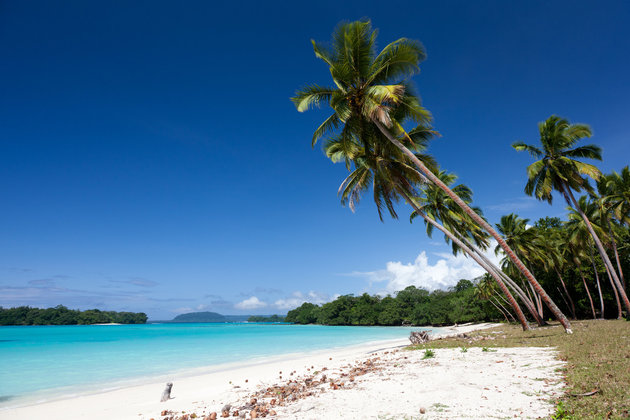 MAGDALENA BISKUP TRAVEL PHOTOGRAPHY VIA GETTY IMAGES
Vanuatu is known for beaches that are relatively tourist-free. 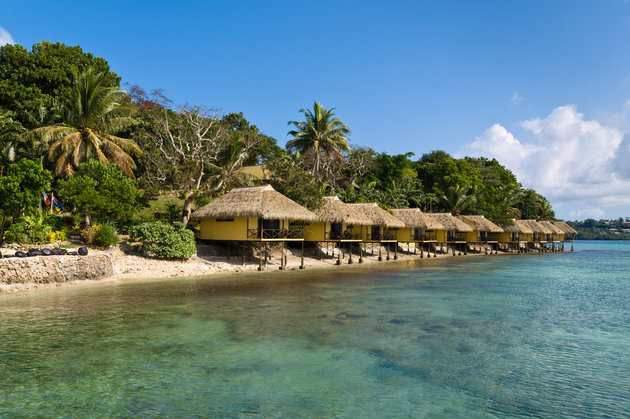 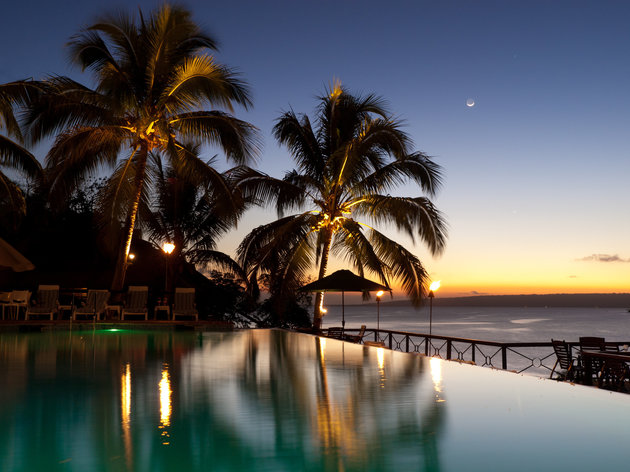 Vanuatu is currently celebrating a return to full tourist numbers in the wake of Cyclone Pam, which devastated much of the island chain last year. Things are up and running, though, better than before in most cases, and it’s not just safe: it’s recommended to visit.

You can get to Vanuatu by cruise ship or boat, of course.  Flying from the U.S. usually requires at least one stop, typically in Australia or Fiji.  For even more adventure, hop a plane from the capital city of Port Vila out to Mystery Island, and savor perfect beaches with hardly anyone else around.