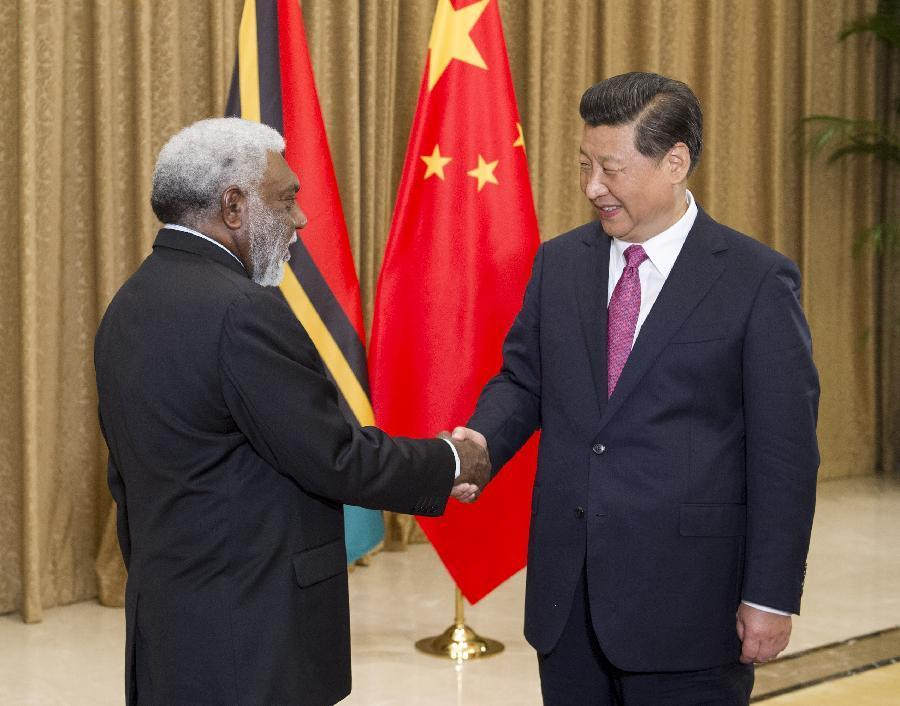 Hailing Natuman as an old friend of the Chinese people, Xi said the Vanua’aku Party, of which Natuman is a founding member, was the first party in the Island nation to establish relations with the Republic of China. He added that the Party has made great contributions to the China-Vanuatu ties.

Xi praised the people of Vanuatu for taking a decisive development path and has assured that China will back the island nation’s efforts to safeguard its rights and advance towards a sustainable development.

China will share it’s experience in hosting major sporting events with Vanuatu as it prepares for the 2017 Pacific Mini Games, Xi Said.

During World War II, Vanuatu was invaded by imperial Japanese fascists, a painful memory known all too well by China as they too were invaded by the Japanese. The Chinese people sympathized with the people of Vanuatu and supported each other during the war. China supported Vanuatu’s fight for national independence from France and the United Kingdom, Natuman added. 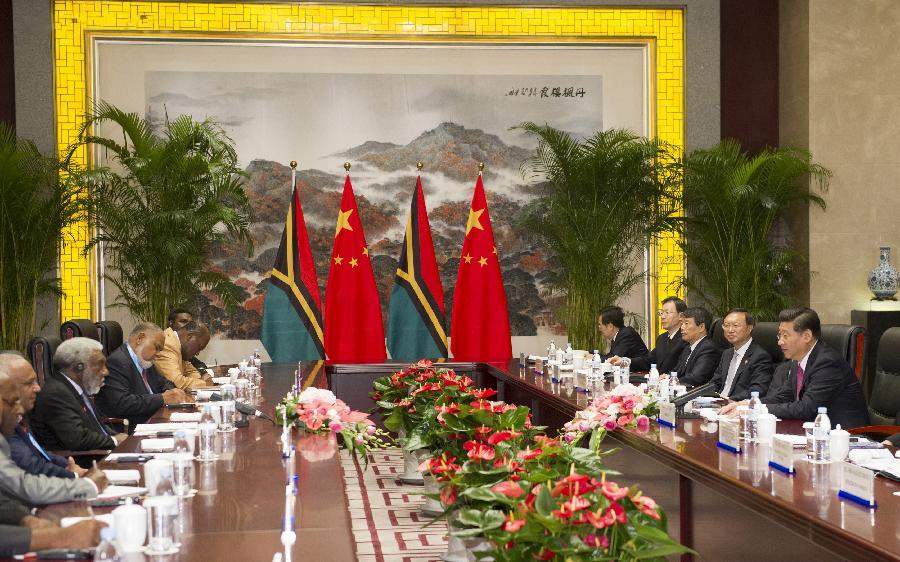 Natuman reaffirmed, Vanuatu will firmly stick to One-China policy and back China’s efforts for a peaceful reunification.

Natuman offered condolences for the casualties during the meeting in awake of the recent earthquake that hit Ludian County in China’s Yunnan Province earlier this month.