Five months ago, a devastating cyclone ripped through the southern half of the Happiest country in the world.  However, the people of this nation are not just Happy, they are Determined and Resourceful and Forward-looking.

Today Vanuatu is back, stronger and better than before thanks also to the support from various countries.  Vanuatu takes pride in providing Eco-Tourism and sustainable development, promising not to make the same mistakes the developed countries made.  The new replacement structures built post-cyclone have been constructed to a higher standard in order to resist similar happenings should this type of once-in-a-generation storm ever recur.

Many new projects have been announced. Some of these more recent announcements are listed below: 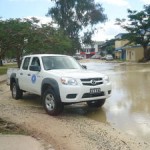 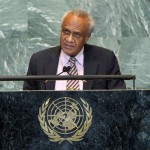 Mr Sato Kilman, the Prime Minister of Vanuatu, lately said that he and his government are aiming for political stability to reduce the high cost of political machinery. The government wants to focus on roads, electricity and water services so that both locals and visitors can benefit.

All this bodes well for locals, visitors, and investors looking for a great experience living, playing, and investing in Vanuatu.