Vanuatu assures envoy it is committed to One China Policy 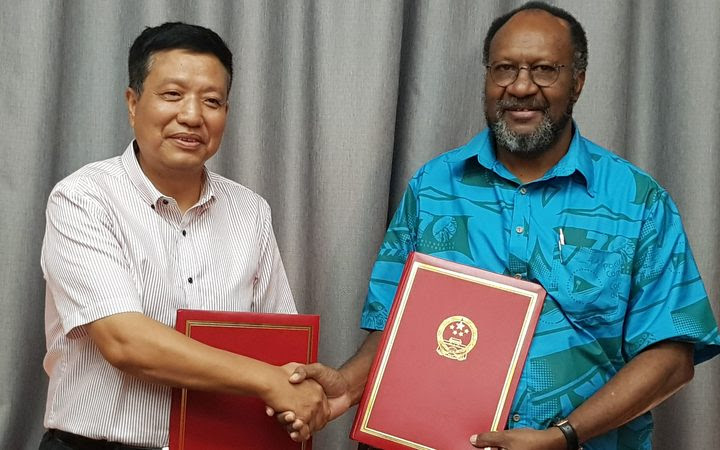 The Vanuatu prime minister has assured China’s ambassador that Vanuatu is committed to the One China Policy.

Charlot Salwai made the comment on Wednesday during the official presentation of over 400 athletes and officials who’ll take part in the mini games next month in Honiara.

Through its aid programme, China has funded the construction of facilities for the games as well as roads on the islands of Tanna and Malekula.

Mr Salwai said he knew Taiwan’s president was currently visiting its allies in the Pacific, but his government will continue to support China.

He reiterated the stance yesterday during the signing of a contract for the maintenance of Vanuatu’s National Convention Centre.

Under the deal China will provide eight officials to train Ni-Vanuatu locals how to maintain the center.

The ambassador Liu Guan said the centre’s maintenance was important because it will enable Vanuatu to host international events.

Mr Liu said he appreciates Vanuatu’s support of the One China policy.