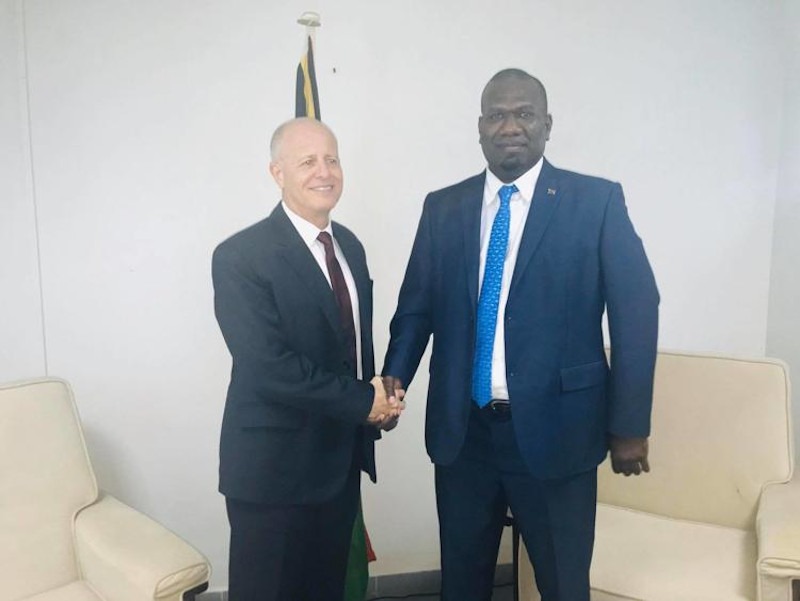 Commissioner Schwass was a guest on Buzz 96.3 FM’s Vanuatu Nightly News, and said by the end of this week he should be able to meet the whole ministerial cabinet. Mr Schwass says this will be a good test of his Bislama as he is doing most of his dialogue in Bislama.

Mr Schwass says Vanuatu and New Zealand have a lot in common and can easily work together to combat several issues that affect us all. He says both countries should do it in an informal way which he explains as, both sides rolling up their sleeves, sitting down and working together to find ways how to operate.

The NZ High Commissioner says Vanuatu leaders accept the idea. He also says with COVID-19 threatening the nation and the destruction of Cyclone Harold, New Zealand needs to rethink their aid program to Vanuatu which he says is worth $NZ 77 million, ending next year in June.

Mr Schwass says things planned in the aid program two years ago may not be so important today as COVID-19 and Cyclone Harold have changed a lot of priorities. He says New Zealand needs to make sure those plans are in line with Vanuatu’s needs and priorities after cyclone Harold and COVID-19, something he says is a new environment which no one has encountered before.

A term which may seem new to a lot of people is the bubble concept.

High Commissioner Schwass says this is an idea that has been floating around for a few months. It is an idea that was brought up by both the New Zealand and Australian governments.

Mr Schwass says with the COVID-19 cases dropping in both countries, both governments want to trial limited movement without mass quarantine between the two nations, this is to get both nations’ economies moving.

He says this is what New Zealand’s prime Minister Jacinda Arden is working towards and that everything should fall into place when the time is right.

Mr Schwass says several Polynesian countries like the idea and would like to join in since a lot of them do not have any COVID-19 cases just like Vanuatu.

He says New Zealand would like to include Pacific Island nations in this bubble.

Mr Schwass says Vanuatu is welcome to join in however, the leaders of Vanuatu must weigh out the risks against the rewards. Rewards are the income earned by tourists and the risks are the open borders which disease infected people may freely come in through.

Schwass says the Vanuatu leaders will need to sit down and discuss with him whether they are interested in Vanuatu being included. He says the idea of the bubble which is initially a tourism initiative could see other types of travellers also benefiting from it later down the line. He says he has brought the idea up with the ministers of Vanuatu, however it is only in the preliminary stages of discussion.

The NZ High Commissioner says Vanuatu has gone through tough times as he has seen within the last two and a half years, however he says Ni-Vanuatu people are resilient and they will pull through. Mr Schwass says ‘Kia Kaha’ to the people of Vanuatu which in Maori means ‘Stand strong’.