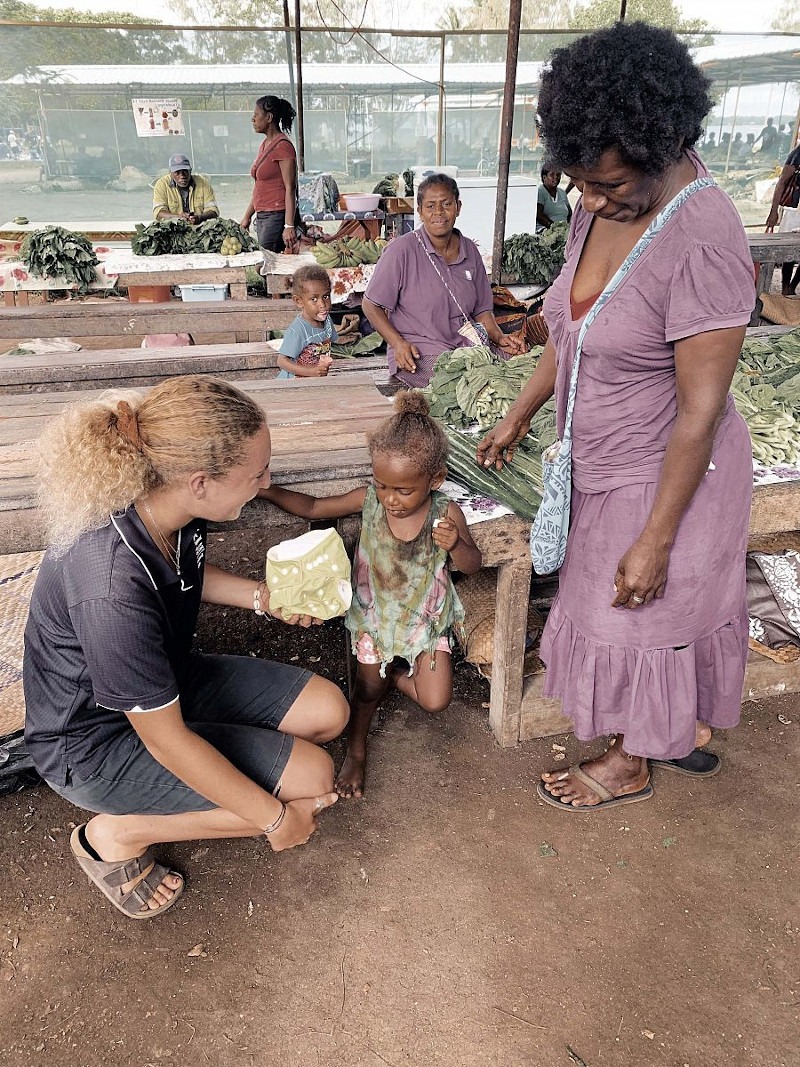 A University of the Sunshine Coast Occupational Therapy student from Burpengary is determined to make a difference to the lives of disadvantaged mothers and babies in Vanuatu – one reusable nappy at a time.

It is estimated that Vanuatu will need reusable nappies for about 20,000 babies and toddlers when it becomes the first country in the world to impose bans on single-use nappies.

When the ban takes effect in December, more than 200 mothers from Vanuatu will already be using reusable nappies and liners made, donated and distributed as part of a project initiated by 21-year-old USC student Sophie Lewis. 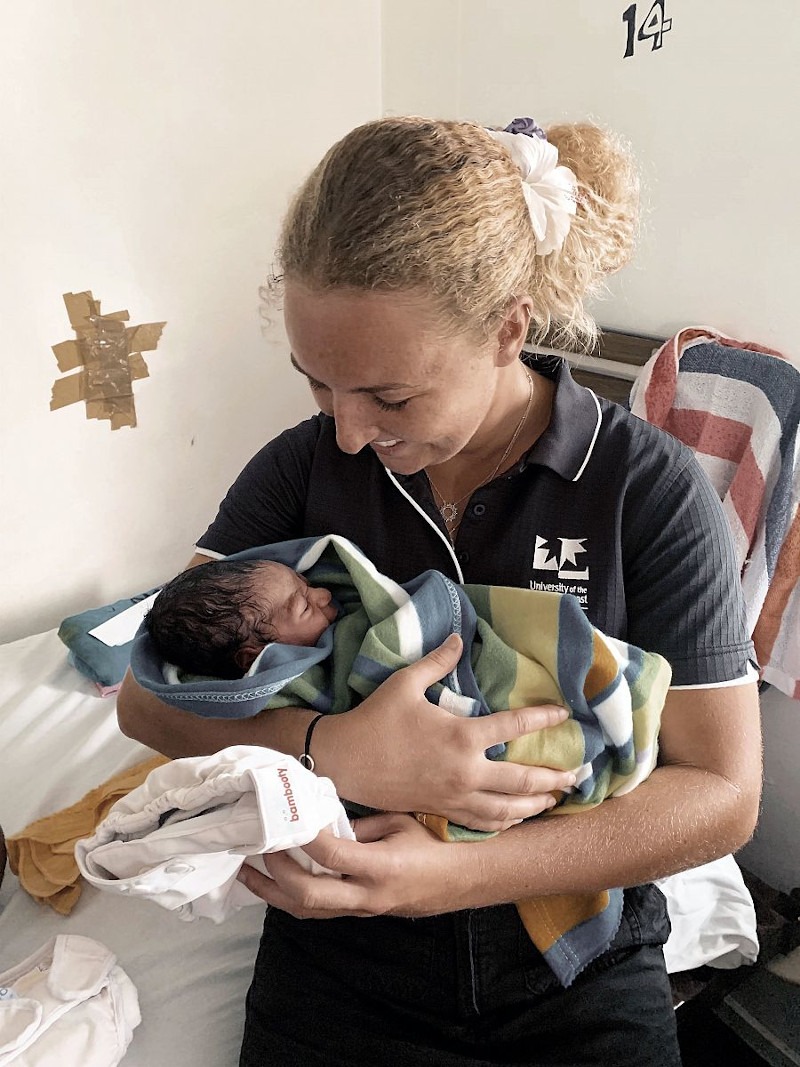 “Currently there are very few alternatives to single-use nappies in Vanuatu so seeing the smiles on the mother’s faces and hearing their gratefulness when handing out the nappies made me realise how much this project will positively impact their lives,” Sophie said.

As part of the project, she educated mothers and grandmothers on measures to reduce the risk of infection and ways to make their own nappies and inserts using sustainable, cost-effective materials such as second hand t-shirts, towels and blankets.

“This not only allows the mothers to feel empowered to embrace this ban but to continue caring for their babies in a sustainable and hygienic manner as they grow.”

Sophie was one of six final-year OT students from USC to complete her clinical placement in Vanuatu, under the supervision of Occupational Therapy Program Coordinator Dr Ann Kennedy-Behr and supported by the Federal Government’s New Colombo Plan funding. 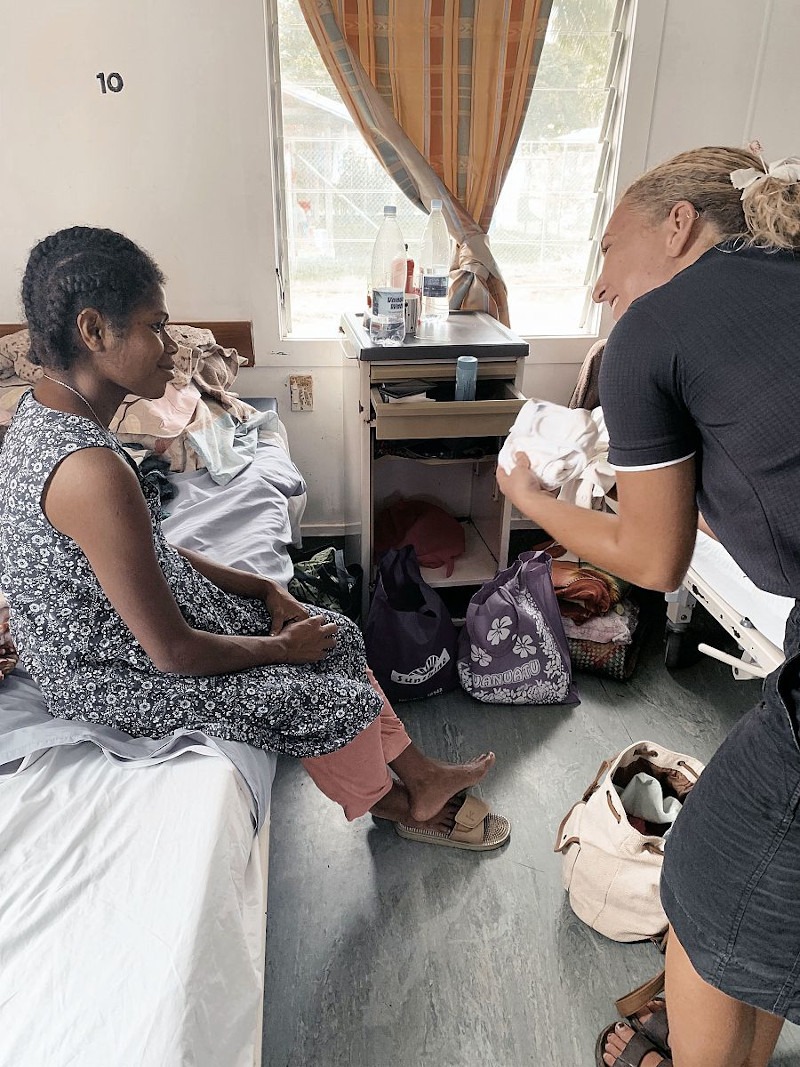 “All of my clinical placements during my degree were incredible, but this experience was definitely the highlight and has ignited an interest in providing occupational therapy services in various developing countries throughout my career,” Sophie said.

“I saw first-hand the challenges these women face after birth and the transition into motherhood with limited sanitary products and health resources.

“It was an invaluable opportunity to reach out and touch the lives of those in need and to see the simplicity of utilising natural, simple resources to achieve positive client outcomes.”

Plans are in place to continue the Vanuatu nappy project with ongoing support from Sunshine Coast-based family business Little Strawberries, who donated more than 130 nappies to the first nationwide nappy drive initiated by Sophie.

During her nappy drive, Sophie spoke at the Great Cloth Diaper Change event organised by Little Strawberries at Sippy Downs, outlining what occupational therapy services were required in a developing country and her plan to empower Vanuatu mothers to adapt to the nappy ban.

“I had no idea the potential of this project until I began contacting and liaising with various mothers and local businesses making and using the reusable nappies in Australia,” Sophie said.

“It would not have been possible without the overwhelming generosity of these mothers who jumped on board and contributed in any way they could.”