US troops to begin aid mission on Vanuatu island

U.S. troops will conduct humanitarian operations next week on a South Pacific island that, some have speculated, is eyed by China as a potential overseas military base.

In April Vanuatu’s government denied reports that it was talking to Beijing about building a Chinese military base.

The Sydney Morning Herald newspaper had reported that the governments held preliminary talks and that the issue had been discussed at the highest levels in Canberra and Washington, claims disputed by Australian, Chinese and Vanuatuan officials.

The denials haven’t quelled concerns over the communist nation’s efforts to grow its influence in the South Pacific. Vanuatu is among a number of Pacific nations receiving Chinese aid and investment and a member of a select few that support China’s claims in the South China Sea. 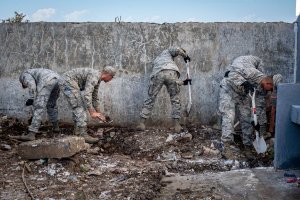 People’s Liberation Army Navy vessels have made recent port calls in New Zealand and Fiji, and some believe China wants to establish a permanent presence in a region where, according to Australia’s Lowy Institute, it has provided more than $2.3 billion in aid since 2006.

China has only one overseas military base — in Djibouti — but has gained leverage through loans for infrastructure projects in a number of other places where it might want to establish its forces.

It’s been suggested that a Chinese base in the South Pacific could outflank U.S. forces on Guam and slow efforts to bring in reinforcements to fight off an invasion of Taiwan.

However, last month Australian Prime Minister Malcolm Turnbull called Vanuatu one of his nation’s “key partners” and said a security pact was in the works.