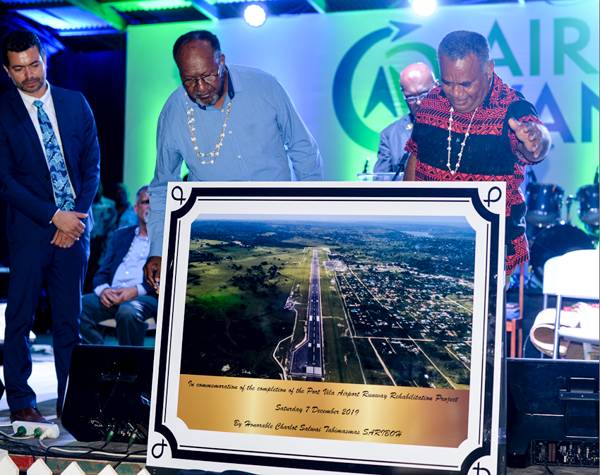 Contracted by CCECC and funded by the World Bank, the Vanuatu Aviation Investment Project (VAIP) was an important project to boost economy, rebuild aviation market and upgrade infrastructure after cyclone Pam in 2015. 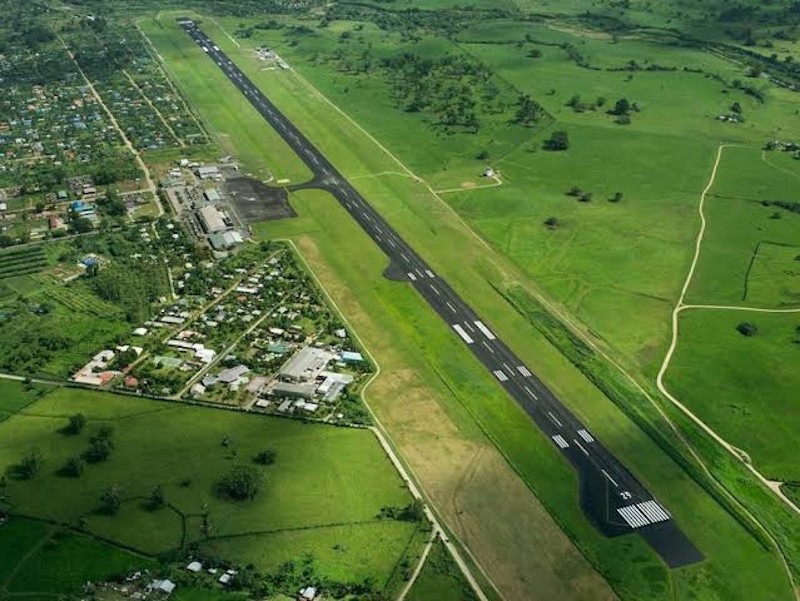 The poor state of the Bauerfield airport runway led to flight cancellations by several international airlines including Qantas and Air New Zealand in 2016 because of safety fears.

PM Salwai said the project was a priority of the government as Bauerfield Airport is the country’s gateway to the world and this is crucial to tourism.

“Since 2011 to 2012, the government has been advised about the lifespan of the airport being lapsed. At that time, there were a lot of talks about it and recommendations to relocate the airport from its current location,” he said.

“Vanuatu as a country needs to have a safe and reliable airport to connect with the rest of the world. 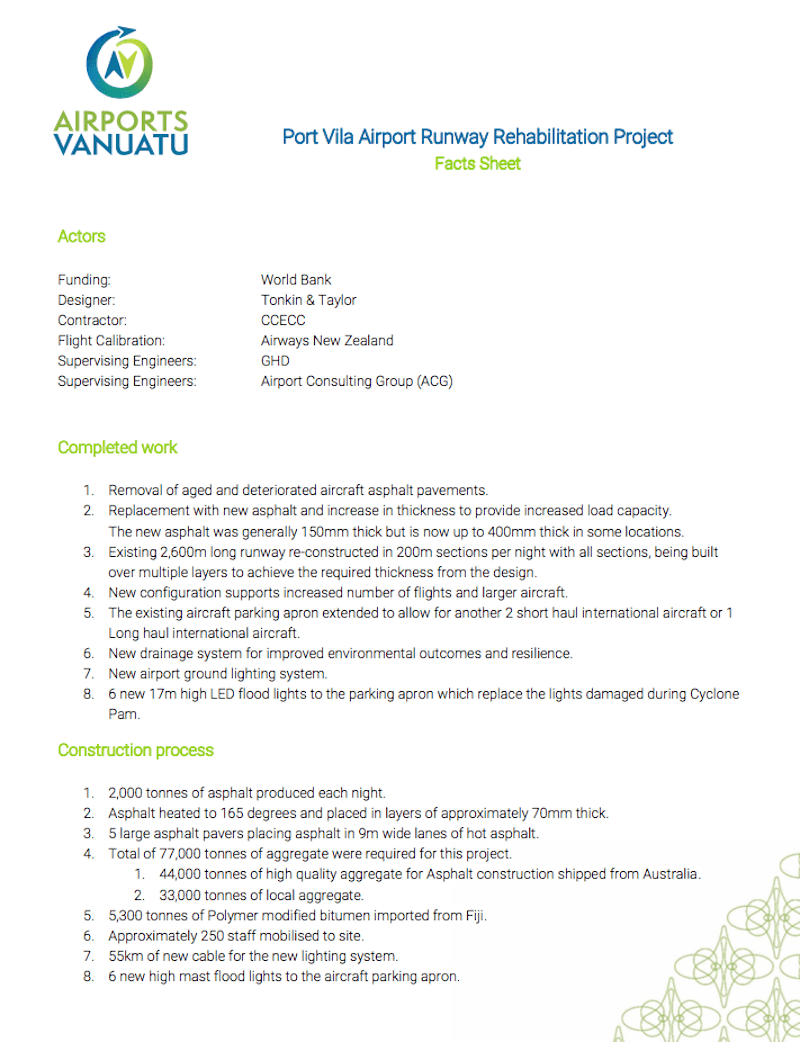 “The government committed another Vt900 million to overcome the issues and ensure that the project is delivered successfully.

“The completion of the project fulfills the vision of the government to expand the airport to Code E, to be able to accommodate bigger planes and increase tourist flow from bigger markets like Asia.”

The upgrades include increasing the runway width to 45m wide, adding 7.5m wide runway shoulder pavement and new turning nodes at the runway ends to enable the operation of Code E aircraft.

Bauerfield airport is now capable of handling long haul aircraft and flights, the Minister of Infrastructure and Public Utilities (MIPU), Christophe Emelee, said in a statement to announce the new runway. 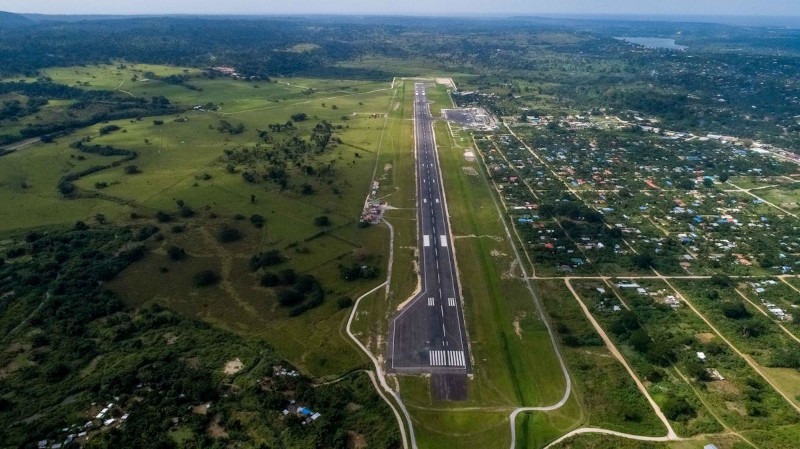 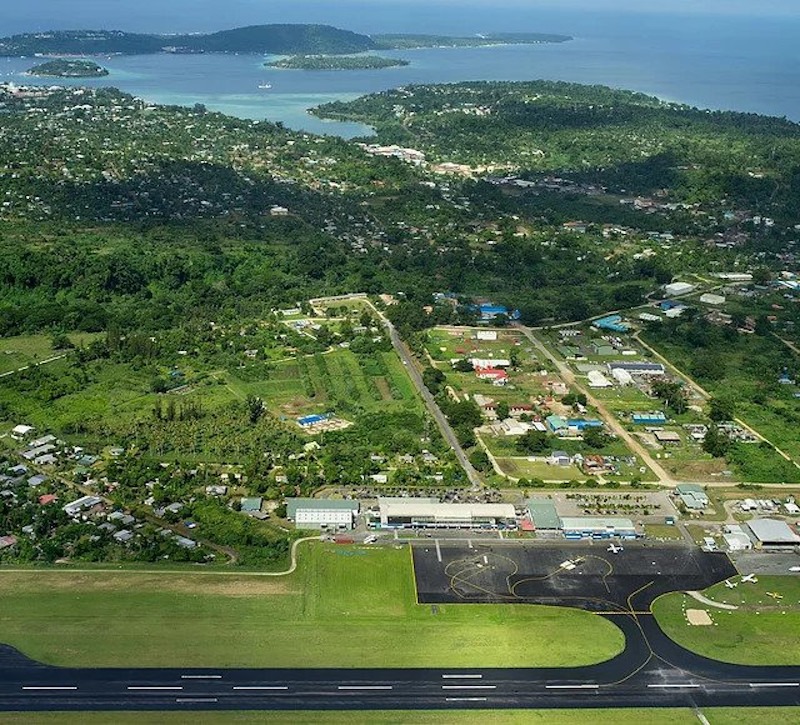 The Vice President of the China Civil Engineering Construction Corporation (CCECC), Wang Dong, thanked the government for having confidence in the company to deliver the project.

PM Salwai applauded World Bank for funding the project and CCECC for delivering the project for the government and people of Vanuatu according to the standards of the International Civil Aviation Organisation (ICAO).

The past governments, current Ministers of Infrastructure and Finance, supervising engineers, and work men, AVL technical team and board of directors, including the land owners and members of the current legislature are commended for their contributions.

The runway opening was hosted last Saturday to mark the 75th anniversary of ICAO. It commenced with a custom ceremony performed by the government to say ‘thank you’ to the landowners for allowing the development

It ended with entertainment from Stan & the Earthforce and Metoxide.