Top 10 dive spots in the world: Vanuatu is on the list! 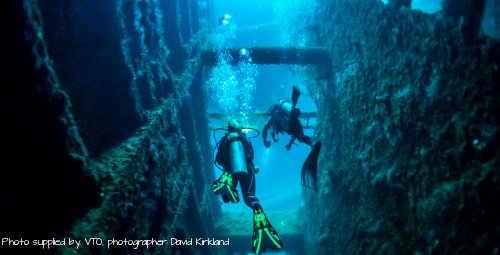 The SS President Coolidge off Santo, northern Vanuatu, was a World War II luxury ocean liner. It was commandeered by the US navy and fitted out as a naval ship. Unfortunately, it got sunk by one of America’s own mines. The engine room and one of the dining rooms are at about 47 m, the promenade deck is around 33 m and the mosaic-lined swimming pool is about 50 m. It’s a fabulous dive. The wreck is fully protected by law and both it and the surrounding seabed has been designated a Marine Reserve.