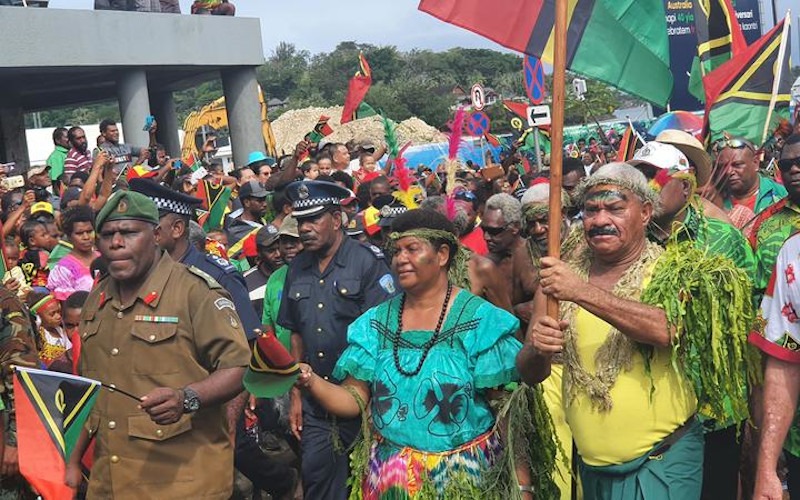 Close to 20,000 people have marched through Port Vila for the opening of Vanuatu’s 40th Independence Anniversary celebrations.

The parade started in the Tagabe area and finished four and a half hours later at the Independence Park. 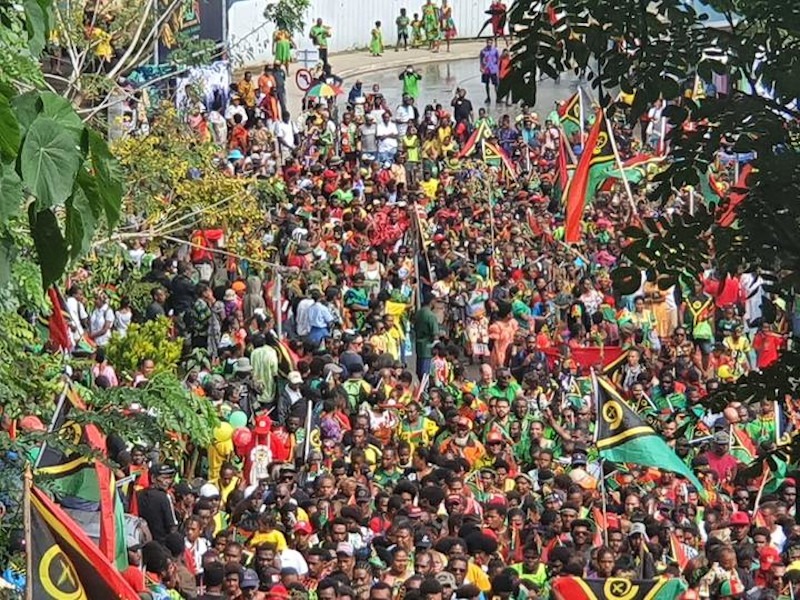 At the park the National Council of Chiefs, Malvatumauri, thanked the chiefs of Efate for hosting the event in the capital.

The Malvatumauri also performed a ceremony to Loughman as a token of appreciation for the government’s service to the people of Vanuatu. The country is holding a nine day public holiday to mark the independence celebrations.

Independence Day is next Thursday.