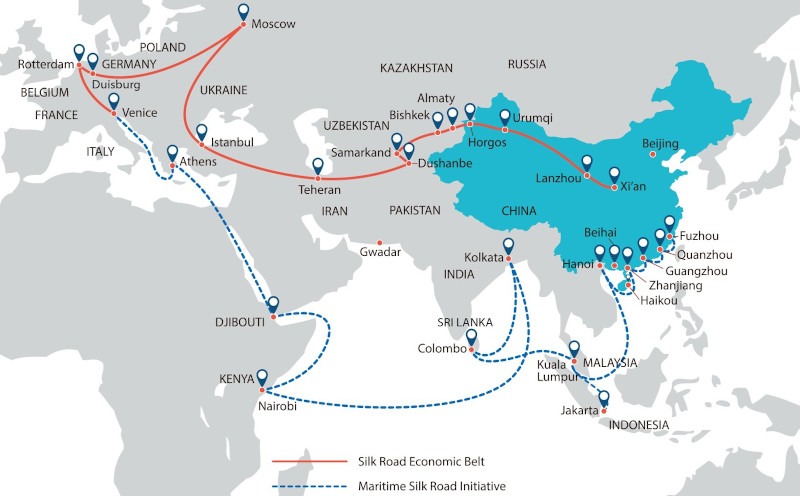 Pacific governments are not being forced into signing contracts with China. There are many examples of how highways, government buildings, airports, seaports and sporting stadiums are improving the quality of lives of Pacific communities.

Australia and New Zealand view the Pacific island nations as their sphere of influence and China’s engagement through BRI is seen as interference. There should be no cause for cold war thinking as China is working to improve regional economies, infrastructure and livelihoods.

Australia and New Zealand have also viewed China’s financial assistance given through infrastructure projects, with suspicion. Australia has portrayed China as a strategic rival.

Pacific governments are not being forced into signing contracts with China. There are many examples of how highways, government buildings, airports, seaports and sporting stadiums are improving the quality of lives of Pacific communities.

China has increased its investments and aid in the Pacific since 2006 and that has Western nations concerned. They worry about China’s efforts to have a strategic foothold. These are concerns that China has repeatedly denied. There is a view that Western powers should be rethinking their assistance programs, diplomacy and outdated policies in the Pacific. More importantly, they should be working with China to improve Pacific lives.

“Attacking the new kid on the block (China) is the easy way out, and Australia is a far from perfect player in the (Pacific) region. (Australia) should instead be working harder to encourage the role of Chinese aid in the Pacific, acknowledging it as an important complement to Australia’s aid. China’s continuing attention on the region should also be a catalyst for Australians to take a hard look at themselves and ask how they can do more in the immediate region and work with all actors towards a more prosperous Pacific.”

China has made it clear that there is no geopolitical agenda behind the BRI. Relevant parties should objectively and positively view China’s relations with Pacific island nations, and earnestly abandon outdated concepts of Cold War thinking and zero-sum games while doing more to benefit the island nations’ development and improve livelihoods, regional peace and stability.

China’s BRI has had success in Pacific countries in providing sustainable economic development and helping to reduce poverty. Its success has been due to policy reforms to improve debt sustainability and mitigating social and environmental risks. China has also effectively integrated the BRI with tackling global warming issues.

A World Bank analysis has even found that the BRI can increase global trade by as much as 6.2 per cent, and a higher 9.7 per cent for participating economies. For low-income corridor economies, foreign direct investment can go up by as much as 7.6 per cent.

Despite the BRI’s sustainability, there has been a perception in some Western developed countries that the BRI is a debt trap that will die a natural death. 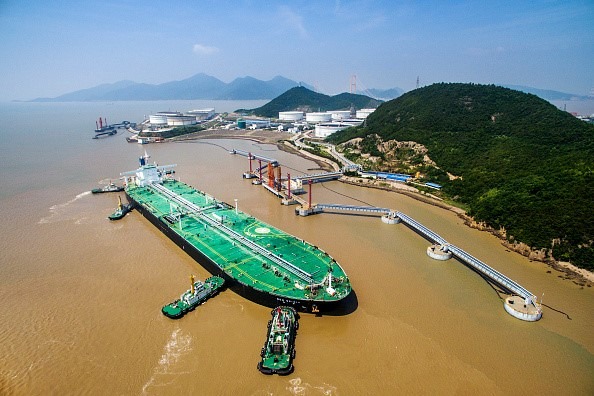 The fact that the BRI has grown in strength and is at the forefront of promoting Pacific and global sustainability has inspired Australia to come up with its “step-up” strategy to rebut the BRI with support from its Western allies. Australia’s “Pacific step-up” is driven by concerns about the rising influence of China. In late 2018, Australia promised Pacific Islands up to AUS$3 billion (US$2.03 billion) in cheap loans and grants.

However, none of this money is new money – it’s being redirected from the aid budget. It does not answer the call of Pacific leaders for Australia to do better when it comes to cutting carbon emissions.

Pacific Island leaders had already criticized Australia for counting emission reductions achieved prior to its 2016 pledge to reduce emissions by between 26 percent to 28 percent from 2005 levels by 2030.

There had also been shock when Australia gave permission in June 2019 for the gigantic Adani coal mine to operate in Queensland. Then Tuvalu Prime Minister Enele Sopoaga commented that “No matter how much money you put on the table, it doesn’t give you the excuse not to do the right thing, which is cutting down your emissions.”

Indeed, Tuvalu is refusing to accept aid from Australia.

Pacific Island leaders had asked Australia to take action to strengthen emissions targets. Nine of the 18 smallest Pacific states even issued a communiqué calling for divestment from fossil fuels, an end to coal, and for the biggest polluters to pay for the islands’ adaptation.

Despite this plea, Australia’s Minister for the Pacific Alex Hawke said that Australia would not withdraw its support for coal, or its stance on climate change issues. As a result, Australia’s relationship with Pacific nations has been tense. 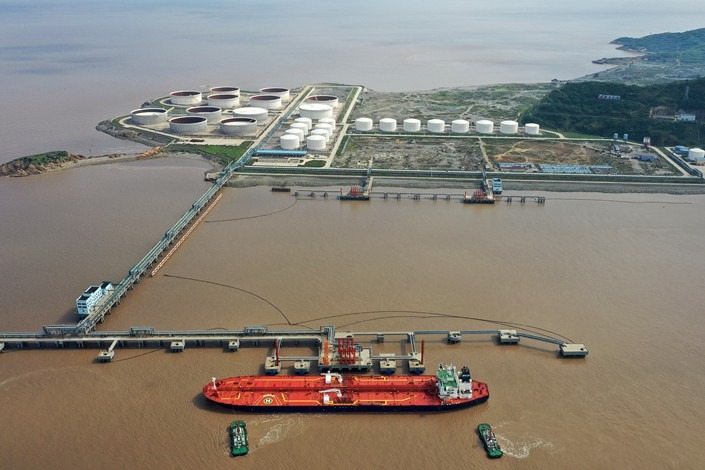 One issue that has impressed about the BRI in the Pacific is that China has gone out of its way to maintain the delicate balance of relationships that exists between Pacific states and the larger metropolitan neighbor’s like Australia and New Zealand.

There has undoubtedly been a major shift in the sense that Pacific nations have developed stronger links with China. Yet China has maintained its harmonious geopolitical relationships. In this regard, it has become a major pillar of stability in the Pacific.

Through the BRI, leaders of Pacific nations irrespective of their size, wealth and strength are treated as equal partners with China. The BRI is molding a new generation of Pacific leaders who are visionary in their thinking and who work not only for national goals but for greater global peace, environmental sustainability and prosperity. Pacific policy expert Tess Newton Cain was quoted by The Guardian as saying that China’s growing presence in the Pacific may mean that Australia has far less leverage than it previously did.

Fiji’s Prime Minister Voreqe Bainimarama said: “We cannot go on talking about partnerships regardless of whether it is the Australian government’s Pacific step-up or New Zealand’s Pacific Reset, while you keep pouring your coal emissions into the atmosphere, which is killing my people.”

The BRI provides a new model for Pacific island countries to get along with their neighbor’s and a new way of thinking for island countries’ diplomacy. The BRI coincides with the Pacific philosophy that island countries believe in. At their core is sharing and tolerance, which is wiser in contemporary diplomatic activities.