The Airbus A220 Is Perfect for Air Vanuatu’s Expansion

It’s no secret Airbus has a hit on their hands with the A220. Sales are strong, with Airbus predicting sales of 7,000 A220’s over the next 20 years. We always hear about big orders from big airlines, but it’s the small sales to small airlines which usually pass under the radar, and can often be the most interesting and transformational for that airline. 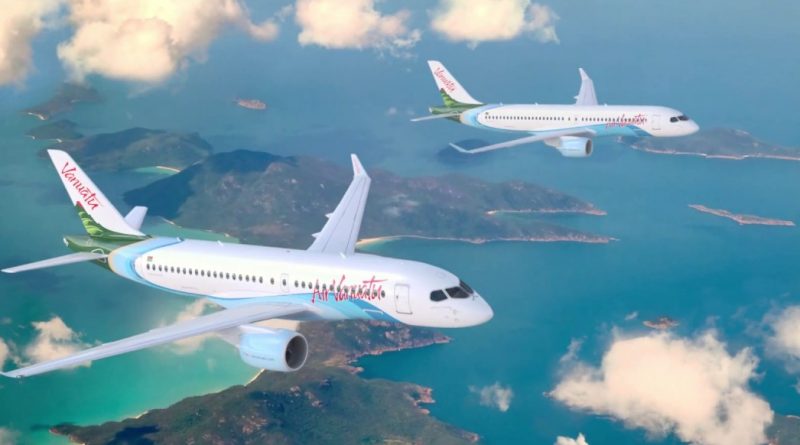 Air Vanuatu will be the only airline in the South Pacific flying the A220. Source: Air Vanuatu

It will be the only airline in the South Pacific flying the A220. The little airline from Port Vila has big plans for the future. It is an integral part of Vanuatu’s Shared Vision-2030 plan to expand and revitalise tourism to Vanuatu.

Not familiar with Air Vanuatu?

You may not be entirely all over Air Vanuatu, but the airline provides an essential service for the residents of Vanuatu and is a familiar presence around the South Pacific.

The small Port Vila based airline is kept busy servicing many of the 83 islands that make up the archipelago nation of Vanuatu, in addition to flying to South Pacific destinations like New Caledonia, Nadi, Brisbane and Sydney.

Air Vanuatu has only one jet, a Boeing 737-800, in its fleet of eight aircraft. The remainder of the fleet are smaller island hopping turbo props.

Qantas codeshares with Air Vanuatu and funnels its passengers onto the airline for the short flight across the Coral Sea. The island is a popular holiday spot and Air Vanuatu has a solid reputation for reliability and service.

In June 2019, Air Vanuatu re-commenced flights from Port Vila to Melbourne and increased the number of flights to Auckland. In the long run, Air Vanuatu is eyeing flights as far afield as North America and the Pacific Rim countries.

It is a similar growth strategy to another local (albeit larger) South Pacific airline, Fiji Airways, which grew off a small base to now fly to North America and around the Pacific Rim.

Tourism is big in Vanuatu

Vanuatu is heavily dependant on tourism. The island nations hosts about 300,000 inbound visitors a year and tourism makes up around 40% of Vanuatu’s GNI of USD$794 million. Vanuatu would like to quadruple these visitor numbers by 2030.

Currently, cruise ships bring nearly 70% of visitors to Vanuatu. The bulk of cruise ship passengers only stay for the day, put a strain on local infrastructure, and don’t contribute a whole lot to the local economy. 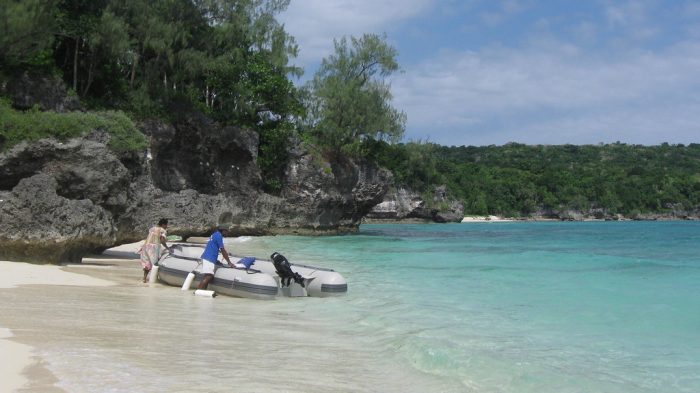 Vanuatu is a great place to drop out in for a week or two. Photo – Sarah Stewart via Flickr

Vanuatu wants its tourists to stay longer and spend more. The new A220s are integral to this wider strategy, as they allow the island’s flag carrier to bring in longer stay tourists from more destinations. These tourists will spend money on accommodation, food, tours and local services, propping up the economy and generating employment.

The A220 is perfect for Air Vanuatu

Air Vanuatu sees the arrival of the A220s as essential to its future expansion plans. It would like to fly to more destinations, not only to service the local Ni-Vanuatu population, but also to grow inbound visitor numbers.

The fuel efficient A220 is ideal for hopping between the small South Pacific island capitals. Traditionally, these skinny routes were unprofitable for larger jet aircraft. But the distances between them can also render them unsuitable for turbo props.

It’s not only tourists who are looking to hop between these destinations. Locals, business people, and government officials also need to move around. Often a transit in Auckland or Australia is required.

Port Vila’s Airport, home base of Air Vanuatu, is also due for a major upgrade. Photo – Wikimedia Commons

The A220 will allow Air Vanuatu to open up more direct flights to more regional destinations. The A220-300 has the range to reach Honolulu, Bali and Adelaide. That would allow some canny route structures. Bali – Vanuatu – Fiji – Hawaii anyone?

Next time you’re in Air Vanuatu’s part of the world, it might be worth taking a ride on one of their new A220s and spending a week in the rather lovely Port Vila. The food’s good, the locals are friendly, the weather’s great and the beaches are to die for.