Tallis Obed Moses sworn in as President of Vanuatu 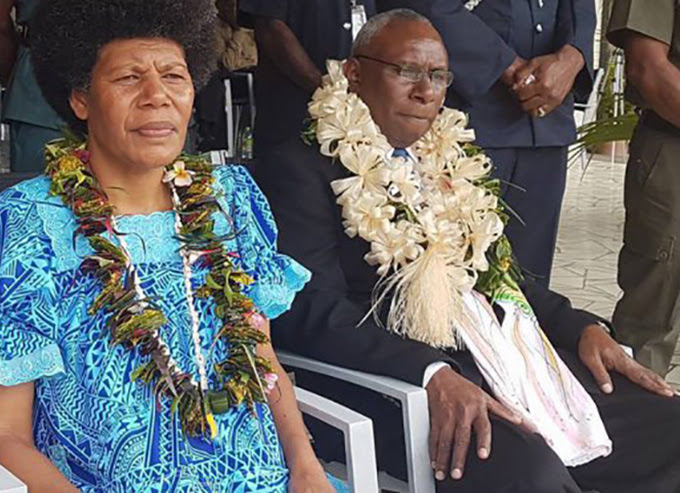 Pastor Tallis Obed Moses has been sworn in as President of the Vanuatu Republic.

Nineteen votes secured this victory, which was warmly acknowledged by all dignitaries and Electoral College people present at the ceremony yesterday.

The new occupant of the highest constitutional position paid a highly articulate tribute to his predecessor, President Baldwin Lonsdale who died suddenly from a heart attack last month while serving in office.

Then President Moses, 63, took centre place as kastom ceremonies were performed outside Parliament where the election took place.

President Moses was trained in theology and evangelism in Vanuatu and Australia.

He has previously served as moderator of the Presbyterian Church General Assembly and as parish pastor in half a dozen parishes from Erromango to Luganville.

He stresses the need for unity in Vanuatu — the kind of unity which enabled Vanuatu leaders to achieve the unity of the republic as was desired at Independence.