Sport: Rio on the mind for Vanuatu volleyballers 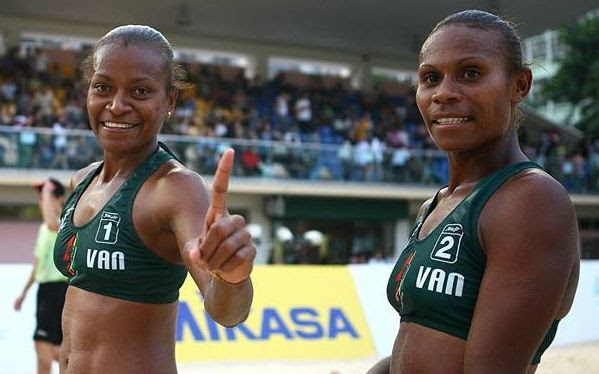 The Vanuatu Beach Volleyball duo of Miller Pata and Linline Matauatu have finished competition for the year but are already thinking about how to seal Olympic qualification.

The pair are ranked 19th in the world and need to get inside the top-16 by June to book their spot in Rio next August.

Pata and Matauata finished in a share of 17th place at the World Championships earlier this year and last weekend regained the Oceania women’s title.

Miller Pata, who was named MVP of that event, says they will resume their quest for rankings points in the new year.

Miller Pata says after a busy year the pair are looking forward to some time at home with their families.