The project to rebuild Vanuatu’s main airport, Bauerfield, in Port Vila, is set to be completed by the end of June. 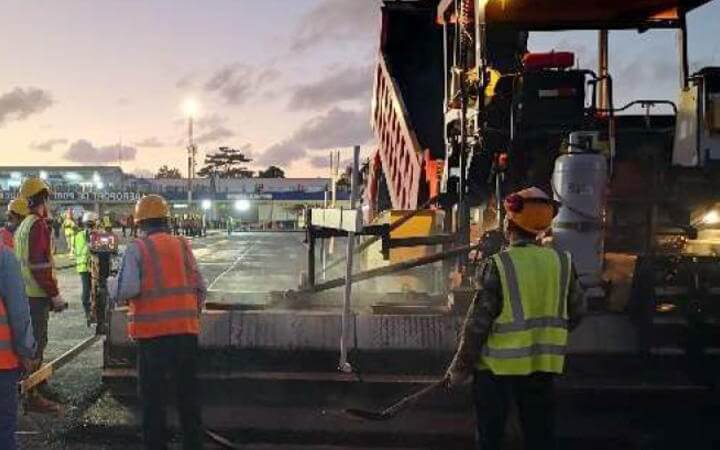 In an update on the World Bank funded project it has been revealed that most of the asphalt pavement upgrade has been completed.

Drainage and lighting is to be done over the next two months.

The poor state of Bauerfield’s runway came to a head in early 2016 when several major international airlines including Air New Zealand and Qantas cancelled flights to Vila, citing safety concerns.

The repairs began 18 months ago.