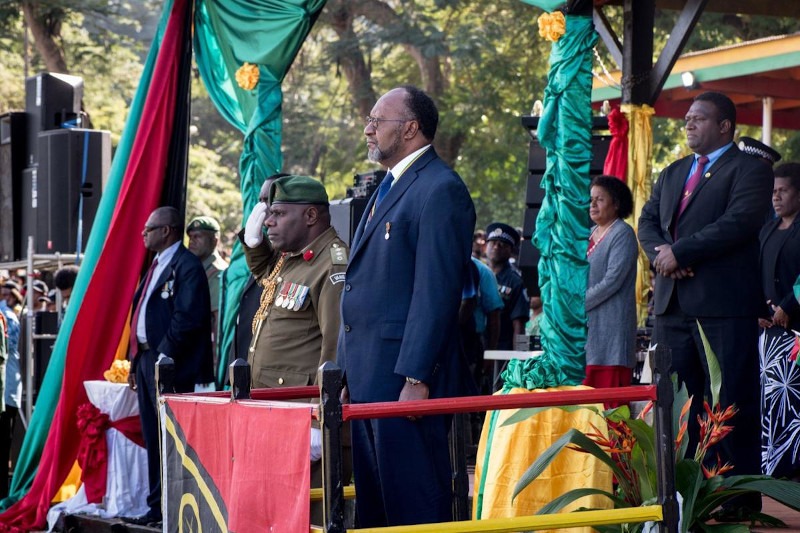 Prime Minister (PM), Charlot Salwai, has highlighted the achievements of the government in his address to the nation on Independence Day.

“The positive economic growth since 2016 after cyclone Pam has enable the government to settle the retirement benefits and salary anomalies of government employees, he said.

“Copra subsidy increase to VT15,000 and the approval of VT3 billion for feeder roads throughout the country are impacts of the positive economic growth.

“Having a healthy economy also leads to a VT100 million dividend from the Reserve Bank of Vanuatu (RBV) last week as part of the 2018 financial year.

“It also allows the government to pay off its external and internal debts.”

PM Salwai said the country’s positive economic growth is a result of a stable government, good policies and strong leadership. 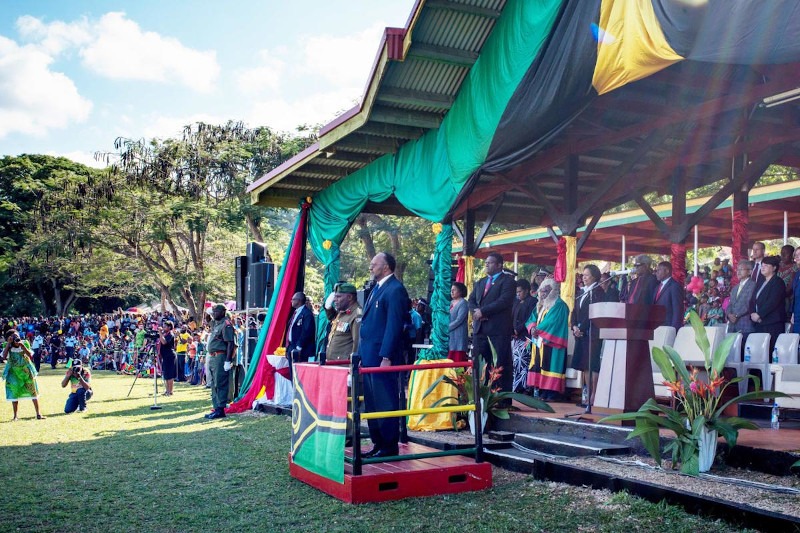 “The scholarship budget has been increased to VT867 million. I want to thank our development partners for their continuous support to the education sector.

“Works on the establishment of our own National University and Research Centre are underway. We are also working with the University of the South Pacific (USP) to upgrade courses to Degree and Master’s level,” he said.

One of the main achievements in the health sector is the upgrade of the courses delivered by the Vanuatu Nursing College of Education, the development of a first Health Insurance Policy and a Health Succession Plan to address the nation-wide shortage of nurses.

The PM took the opportunity during Independence Day to thank the government of Solomon Islands for its help in addressing the shortage.

The government is also working to address medicine and doctor shortages and Non-Communicable Diseases (NCDs) which remain main concerns.

Some of the major achievements in the infrastructure sector are: opening of bridges on the Efate Ring Road as part of cyclone Pam recovery; completion of the feasibility study of the Pentecost and south Santo road; completion of the first phase of Vanuatu Road Rehabilitation and Construction Project on Santo and Malekula (second phase was launched this year); completion of Lapetasi Wharf, Sea Front Beautification and the Port Vila Urban Infrastructure Development Project; and upgrade of Bauerfield, Pekoa and Whitegrass airports.

The government wants to expand the fleet of the national airline carrier under the Vanuatu Shared Vision 2030. Flights to Melbourne in Australia have been connected to boost tourism growth.

The government is also eyeing long-haul flights after the Bauerfield runway upgrade and is also renewing the domestic fleet.

In the security sector, PM Salwai said increasing the presence of police in all islands is a priority.

Training 50 young recruits for the Vanuatu Police Force (VPF) and 100 for the Vanuatu Mobile Force (VMF) is in line with the National Security Strategic Plan and the launching of the upgraded passport and upgrade of customs and immigration standards to reinforce border control.