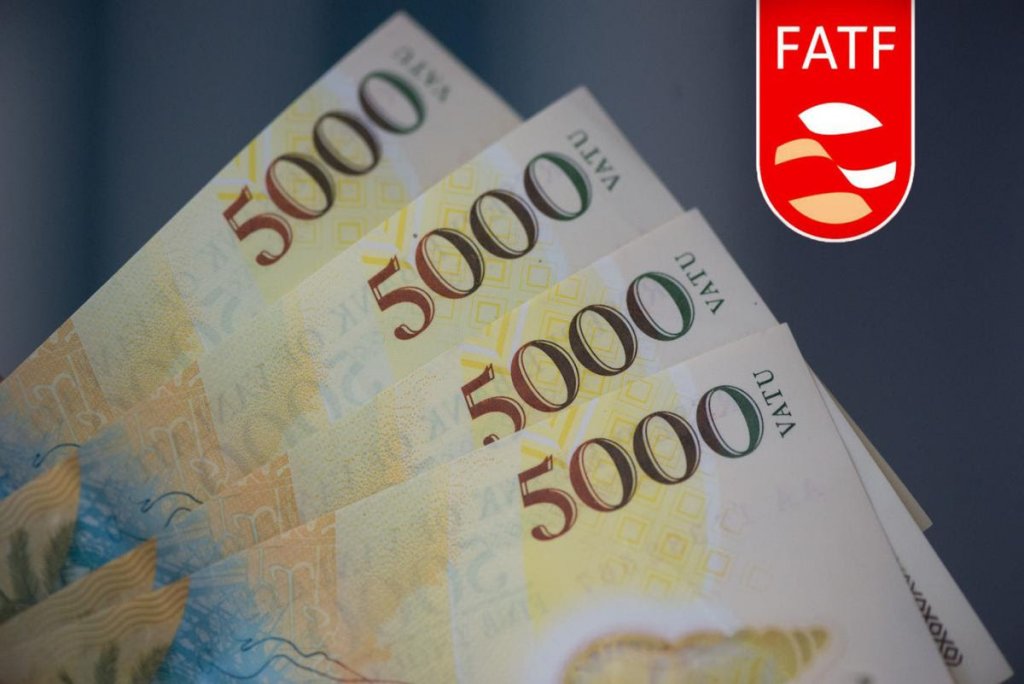 In a plenary session ending Friday last week, the Financial Action Task Force formally removed Vanuatu from the list of ‘high risk jurisdictions’. The FATF is a global organisation mandated to rein in money laundering and the financing of terrorism. Vanuatu was one of a small number of countries on the list, but after a nearly four-year-long financial reform campaign, it has finally reached a point where the FATF feels that constant monitoring is necessary.

The removal from the list has been long-anticipated by members of the financial sector, but its arrival is nonetheless cause for celebration.

The change in status came about following a sustained effort, spearheaded by the government’s Financial Intelligence Unit, to create a national financial management and reporting framework that meets stringent international standards.

Most important among these are what are commonly called ‘Know Your Customer’, or KYC rules. The reforms are most visible when conducting bank transactions. Anything larger than a nominal sum is now subject to a much more rigorous vetting process.

All registered commercial operations are now required to submit their officers to fit-and-proper checks, and to notify authorities of any change in their status within two weeks.

Other reforms include removing the right of government ministers to issue gaming and other licenses. These powers have been moved to directors in the relevant departments.

These measures were the subject of controversy in Parliament when they were tabled. Opposition Leader Ishmael Kalsakau asked, “Why do we have to remove this power from the minister when we Parliamentarians are mandated and capable of doing this job?”

Deputy Opposition Leader Sato Kilman also characterised the reforms as a loss of sovereignty. The Daily Post reported in November last year that “Mr. Kilman said when an overseas diplomat or business man comes to Vanuatu he will always insist to visit a minister and not a DG.”

“What we are doing is undermining our own strength and it’s time we take the stand,” said Mr Kilman.

Cooperation and collaboration with Interpol and other police agencies was also strengthened. Last year, the Daily Post reported that “The Police Powers Bill codifies the conduct of police in investigating crimes using undercover operations, computer and physical surveillance, and introduces the ability to conduct sting operations.”

The same article also states, “There are specific carve-outs to avoid fishing expeditions, and language is included that would limit the police’s ability to use evidence or information that is irrelevant to the investigation being used for other purposes.”

In addition to this, international cooperation in criminal proceedings was widened and formalised.

In all, dozens of laws were written or amended.

The graduation was welcomed by the financial community. While the new regime has imposed additional burdens and costs, finance managers without exception accept the inevitability of the changes.

People working with foreign investors also welcomed the transition. Glen Craig is managing partner of Pacific Advisory, a company that assists investors in establishing themselves in Vanuatu. Asked for comment, he replied, “Returning to a normalised status and off the Grey List is a significant endorsement of the collaborative work of the private sector and the FIU/Government in strengthening its key AML legalisation.

“It shows what is possible when private sector is engaged with to advise and assist government.”

The Bankers Association of Vanuatu responded to a request for comment stating, “For the country as a whole, this is a great step forward with Vanuatu now being recognised internationally as having a robust and effective AML framework in place. This ensures our continued access to international payment networks as well as avoiding any punitive repercussions for not having done so, such as various sanctions as well as implications for market access.”

They see the key benefit as removing the ‘stigma’ of being a country under scrutiny.

Much work remains, though, said the Bankers Association President James Hudson. “Ongoing diligent monitoring and enforcement of the new enhanced AML legislative framework is required as well as keeping up with general developments in international best practice.”

Vanuatu first came into the international crosshairs in the years following the 2001 terrorist attacks, which resulted in a global effort to reduce the ability of terrorist organisations to transfer funds across borders. In 2006, following significant international pressure, the country signed on to a comprehensive slate of reforms. But virtually nothing was done until it became clear the country would face sanctions if it didn’t make progress.

Martin Saint Hilaire is Chairman of the Vanuatu Financial Center Association, which represents companies providing investment assistance to overseas businesses. He noted that the process came to a head in 2015. “The Mutual Valuation report that listed us as Non-Cooperative and High Risk was issued in September 2015, following the onsite visit in January 2015. However, before that official visit, APG (Asia Pacific Group on Money Laundering) had already issued a public statement about Vanuatu’s non-compliance with International standards in November 2014.”

St Hilaire added, “It took Vanuatu 3.5 years of hard work to lift its game and to meet the international standards and requirements that are in force today.”

He included a caution: “This does not mean Vanuatu will not be under intense scrutiny moving forward. The worldwide trend is toward transparency, openness, and regular compliance checks. That trend will continue, and dealings with banks and international transactions will not ever become easier from a compliance perspective.”

The reform campaign became a central pillar in the Salwai government’s reform programme. In a December analysis published in the Daily Post, one financial analyst attributed the success of the reforms to political stability.