This AU$30M development is expected to open in September 2016.  You will find it five minutes from the heart of Port Vila and just a 10-minute drive from Bauerfield International Airport.  When finished, the four-star resort will blend into the cliffs, offering guests unobstructed views of the Lagoon.  This resort will offer typical Vanuatu delights – white sand beaches and turquoise waters! 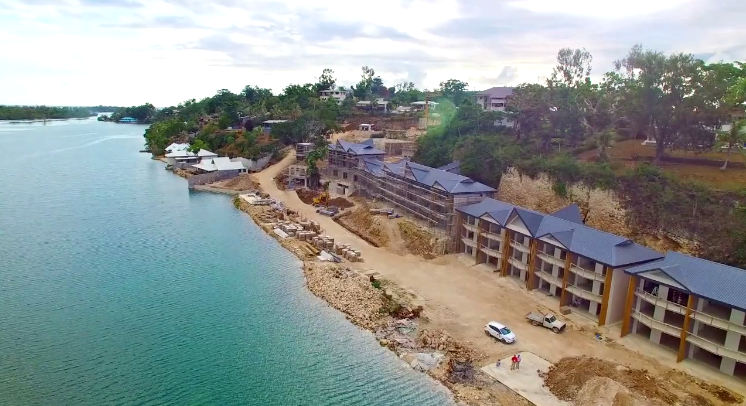 As the project looked in February 2016

Quality developments such as this herald a “new day” in Vanuatu’s tourism landscape.  Hand-in-hand with the new airport shortly to be under construction, the new wharves at Port Vila and Luganville, and the potential for direct flights from Asia (the political will is there) we anticipate an explosion of interest and a flow of investor cash into this vibrant emerging nation. 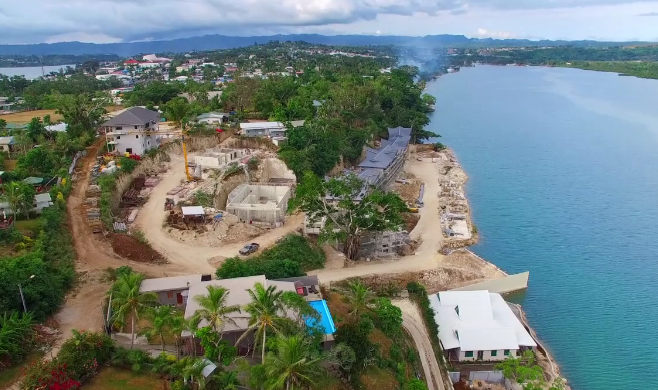 Under construction, as the project looked in February 2016

Wyndham Hotel Group, the world’s largest hotel company based on number of hotels and part of the Wyndham Worldwide Corporation, has already announced the continued rapid expansion of its Ramada® brand in the South Pacific. This resort is now signed with a franchise agreement for the waterfront 80-room Ramada Resort Akiriki, in Vanuatu’s capital, Port Vila, on the island of Efate.