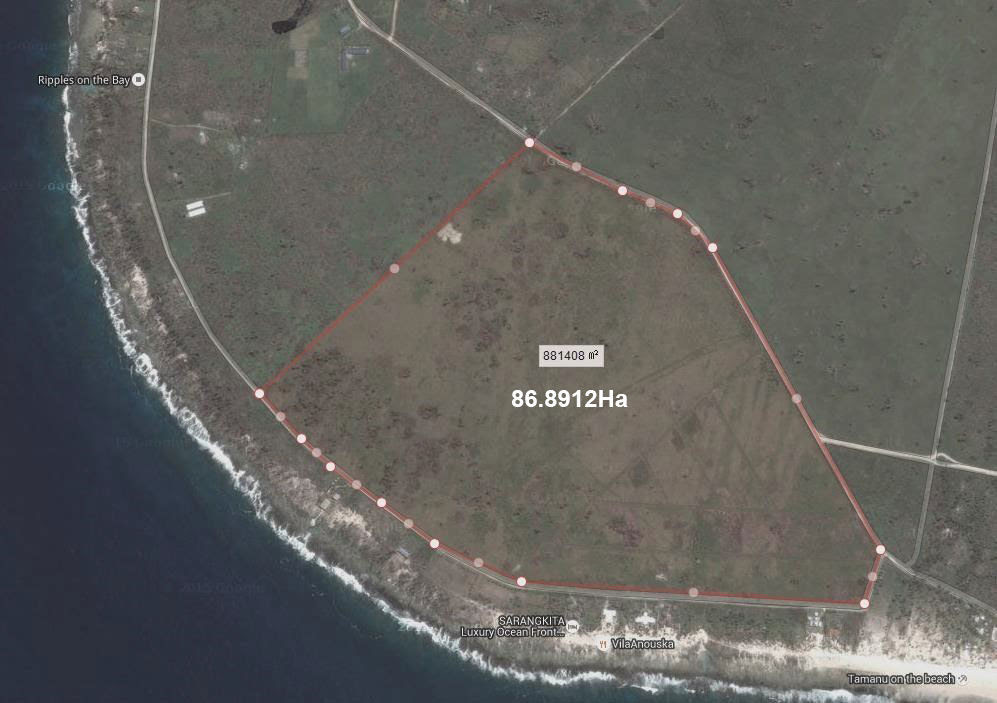 The project site inside the red boundary
By Jane Joshua

An ambitious new project is emerging at Narpow Point on Efate.

The construction of a new modern city, dubbed the “Rainbow International City” and “Little Singapore”, by the FPF Company Limited is underway.

It is scheduled to be completed by the end of this year.

FPF Company Limited – which introduces itself as one of largest multiprofile companies doing business in construction, media, retail, immigration and business consulting in the Pacific, on its website also owns the weekly newspaper of Vanuatu – The Vila Times and provides services for individuals interested in acquiring second citizenship — obtaining passports, permanent residence permits and other documents, referring to Vanuatu as a Tax ‘Heaven’.

The project site is located on 86.8912 hectares of vacant land, between the Football Academy at Teouma and Tamanu Resort, 50 metres from the coastline and approximately 9km from Port Vila Town.

There will be three centres, the garden and church are the centre of the whole city and the proposed development has a Traffic Plan.

The FPF website states that the construction style of the Special Shopping Centre “refers to Florence”, the building elevation colorful and clean streets.

The Boutique Supermarket will combine the characteristics of two big supermarkets in China, taking home furnishing into account.

The Buddhist Academy will have three yards on one axis, bilateral symmetry and ample space for meditation.

A gym, casino, spa and kava bar are some of the features in the Six-Star hotel while the apartments target individuals who study and invest in Vanuatu.

The Villas are top class and target individuals who come for holidays and potential investments.