Meet the remarkable island tribe that only worships Prince Philip 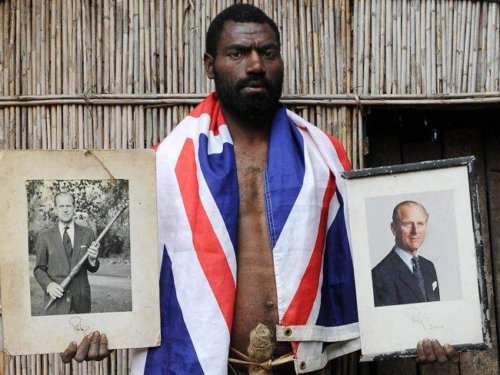 Sikor Natuan, the son of the local chief, holds two official portraits Prince Philip in front of the chief’s hut in the remote village of Yaohnanen on Tanna in Vanuatu. This image was taken ahead of the Duke’s 90th birthday.

PRIME Minister Tony Abbott’s decision to hand Prince Philip a knighthood on Australia Day has baffled millions, insulted many and put his leadership within a party room shrug of oblivion.

But there is one tiny corner of the globe where Tony’s decision makes perfect sense.

Tribespeople on the island on Tanna, a part of Vanuatu, have been worshipping the Duke of Edinburgh as a god since he visited in 1974. 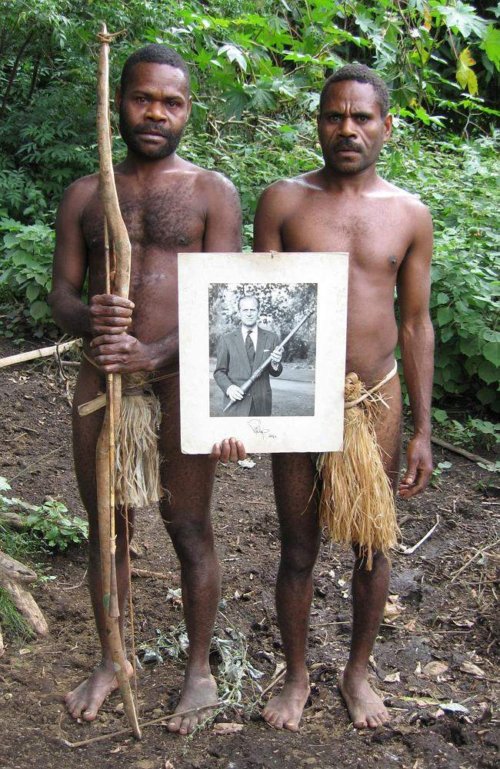 Two members of the Yaohnanen tribe at Tanna in Vanuatu, who worship the Duke of Edinburgh and call him ‘god’.

Members of the remote community, some 3600 km northeast of Australia, claim to sometimes hear the Duke’s voice and hope that he will one day return to hand out presents, as reported in Christian Science Monitor eight years ago.

It is believed the whole thing started in the 1960s when rumours circulated about the son of a volcano spirit moving far away, marrying a powerful woman and returning.

When the Duke arrived in his white Navy uniform in the early 70s with his wife, the Queen, in tow, the islanders thought this surely must be it.

Having seen the respect given to the Queen by French administrators, the Tannese believed Philip, her husband, was the returning mountain god. 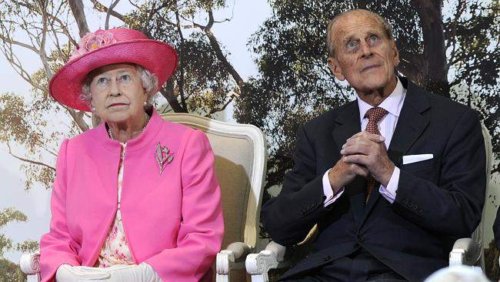 The Tannese people worship Prince Philip, not so much the Queen, but still think she is nice. Picture: AP Photo/Andrew Brownbill

A weird mix of Christian intervention, colonisation and the emergence of a “cargo cult” obsession is blamed for the tribespeople people now treasuring portraits of Philip — believing he is a spirit and making plans for his divine return.

The culture’s beliefs were further fanned by the Prince sending them a signed official photograph some years after the visit, then another portrait of him posing with traditional Tannese gear.

By that stage he was aware of the emerging island obsession. 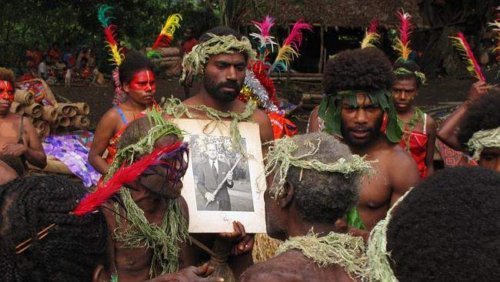 Tannese people with a photo of their divine Duke. Picture: SBS ONE

To this day the islanders stage elaborate feasts and celebrations for the Duke’s birthday, oblivious to the sorts of gaffes Philip makes around the globe.

Even though Princess Anne visited much more recently in 2014, they still seem dead keen on Philip.

It is unknown whether news of the Duke’s Australian knighthood — and the searing problems it has caused Tony and his reluctant colleagues — has trickled through to the Tannese people, who one could expect to defend him keenly — maybe the only people in the world to do so. 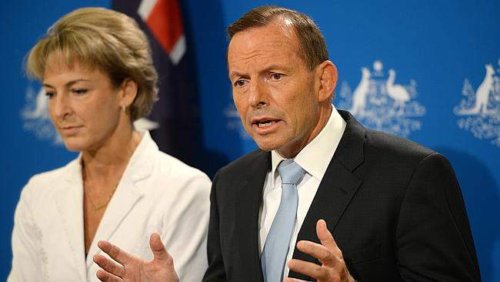 The island is untouched by many modern comforts with running water and electricity still absent.

When Australian journalists visited in 2011, the words of the tribesmen seem just as dreamily off the mark as the sentiments of our PM on Australia Day.

“He is originally from Tanna. He was born here and he is a spirit being,” the tribe’s Chief Siko told Sky News.

“He is a god and when we talk about him and believe in him, it gives us life. We are sure that one day he will come back, and when he does we will organise a (traditional) dance for him.”

Each to their own.