Masdar Begins Work On Solar Power Projects In The Pacific

The renewable energy firm will finish a project each Kiribati, Fiji, Tuvalu and Vanuatu by the end of 2015. 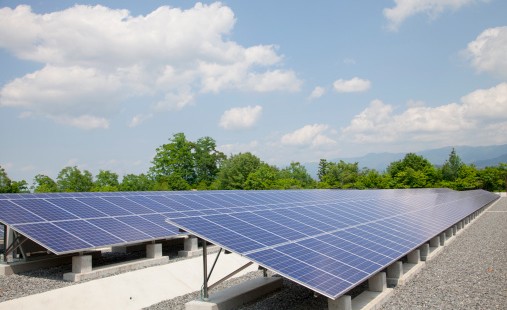 These solar power projects, in Kiribati, Fiji, Tuvalu and Vanuatu, are financed through the $50 million UAE-Pacific partnership Fund under the Abu Dhabi Fund for Development (ADFD).

The projects will collectively deliver 1.8 megawatts of clean energy and contribute to fuel savings worth $2 million per year, Masdar said in a statement.

The 1.8 megawatts of total capacity announced incorporates a 550 kilowatt (kW) installation across three islands in Fiji, 350 kW on Funafuti Island in Tuvalu, 400 kW in Tarawa in Kiribati and 501 kW in Port Vila, Vanuatu.

The projects are expected to be completed by the second half of 2015, the statement added.

“Access to clean energy is a pathway toward economic and social development,” said Ahmad Belhoul, CEO of Masdar.

Masdar has already delivered the La’a Lahi ‘Big Sun’ solar plant in Tonga, commissioned in November 2013, and Samoa’s first wind farm that was commissioned in August 2014.

Both these projects were also financed through the UAE-Pacific Partnership Fund, which was launched in March 2013.

To date, the fund has supported the delivery of 2.8 megawatts of renewable energy capacity across six countries in the region. These projects have collectively replaced 1.5 million litres of imported diesel fuel and avoided the release of 4,450 tonnes of carbon dioxide each year.