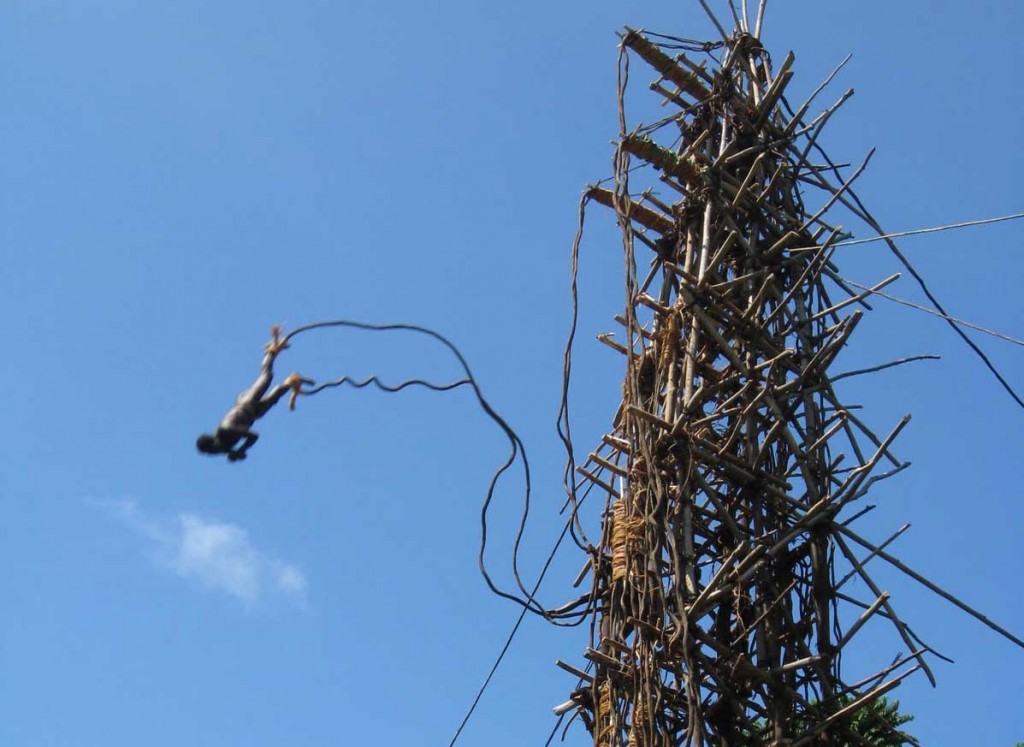 Every year, the Sa tribe on Pentecost Island in Vanuatu spend five weeks building a 30m-tall tower out of vines and jungle wood.

Then, every Saturday between April and June, the men of the tribe jump off the top – one by one – in a show of masculinity and virility, with nothing but vines tied to their ankles to keep them from falling to their deaths.
New Zealander A.J. Hackett first saw this ritual in the 1970s and was inspired to create bungy jumping.

Despite becoming a popular tourist attraction over the years, Naghol land diving has retained its authenticity. Only men from the Sa tribe are allowed to make the jump. They spend the night before their jump under the tower to ward off evil spirits and enjoy a feast in the morning before climbing to the top.

When: Every Saturday from April to June