The office of the Director General of the MSG Secretariat today congratulated the MSG members through their Brussels-based Embassies for the breaking news regarding the decision by the German Federal Administrative Court which overturned the ban on Kava.“This is a second breakthrough for the MSG and the Pacific region as a whole – a region where Kava is consumed traditionally and is increasingly being commercialized with huge export earnings and potential to even grow further as a key export earning driver”. These were the initial remarks of the Director General this morning at his office in Port Vila.The MSG Secretariat understands that the WHO report released in July 2007 titled “The assessment of the risk of hepatotoxity with kava products” indicated that Kava consumption is safe. “This is a another breakthrough for the Pacific and MSG region and it surely calls for us to exert pressure and dialogue with the EU, USA, Canada, Australia, New Zealand and Japan to expedite the necessary administrative documents to put Kava back on the list of exports for the islands, added the Director General”.The MSG Secretariat conveys its gratitude for the tremendous and excellent work led by th 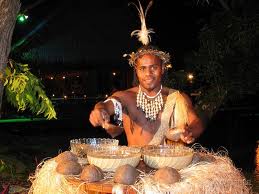 e Pacific Brussels-based Ambassadors, particularly the lead role by Vanuatu’s Ambassador Roy Mickey Joy and his colleague MSG Ambassadors from Fiji, Papua New Guinea and Solomon Islands. The Secretariat further wishes to also place on record the oversight work and leadership by the International Kava Executive Council (IKEC).In 2013, at the 19th MSG Leaders’ Summit held in Noumea, New Caledonia, the MSG Leaders considered the importance of kava and the effect of the Australian and European bans on kava on their economies and their people. Leading up to this decision the MSG had also been working collectively and with other Pacific producers of Kava to regain market access.In March 2011, at the Leaders’ Summit, Leaders endorsed the MSG Strategy in response to the Kava ban, recognising the importance of Kava to the MSG countries. Exports of kava are in fact on the rise 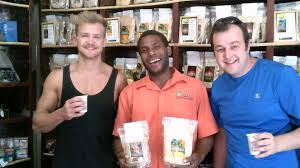 in both Vanuatu and Fiji as production volumes continue to improve despite an initial decline in the volume traded at the time of the initial kava ban. This strategy, recognizing the significance of kava in MSG economies, includes developing a scientific analysis to support kava safety and a Kava importing and a regional conference to discuss the findings of the Kava analysis as well as representation to Kava importing and exporting countries. The strategy was then spearheaded by Vanuatu through its Brussels-based Embassy with funding from the European Union through their Multilateral Trading System (MTS) facility.

The recent breakthrough is a result of dedication and further technical findings from the Brussels-based Ambassadors led by Ambassador Roy Mickey Joy and the team of scientists including Dr. Vincent Lebot, Dr. Schmidt and Dr. Paolo together with the IKEC team and the steadfast support received from the Pacific ‘friends of Kava’. The Secretariat also acknowledges and thanks the European based lawyers Frantino Vergano with funding from the Tradecom facility in Brussels for providing the legal advise to battle this longstanding trade impasse between the EU and the Pacific. 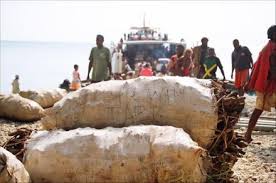 The Kava ban was put in place since 2000 by Germany, UK and France followed by other European states and other international markets like USA, Canada, Japan, Australia and New Zealand following pharmaceutical claims of its linkages to causing liver toxicity. Besides the EU ban, WTO has maintained its recommendation that safety provisions should apply to the sale of kava products rather than banning kava. It is estimated that the ban has caused loss of earnings for farmers and exporters to over USD1billion since the ban in 2000.

In conclusion, the Director General stressed the need for MSG kava producers to take this positive court ruling from Germany with appreciation and urged that they continue to address issues of quality with cultivation and preparations of kava, both for exports and local consumption. He also urges Australia and New Zealand to follow-suit and review their ban on Kava exports if they want meaningful trade dialogue with the MSG members under the PACER plus agreement.