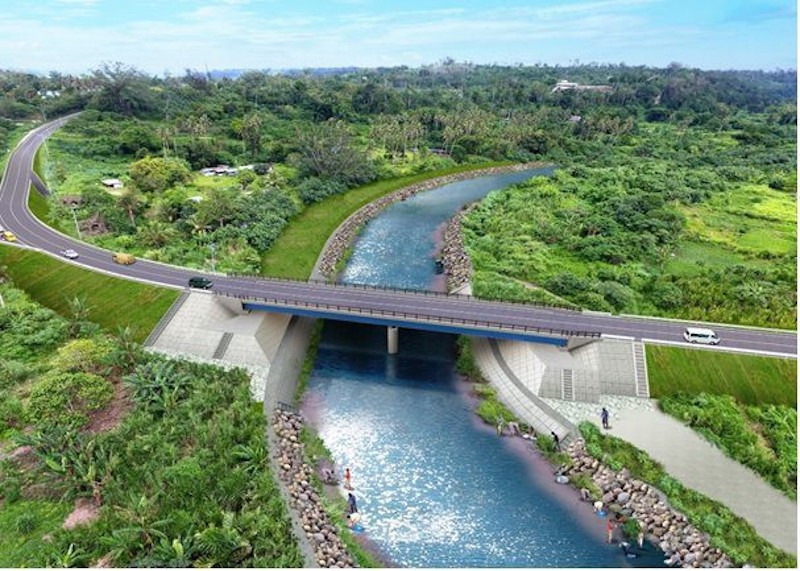 Wednesday 18th December 2019 marked another milestone between the Government of Vanuatu and Japan following the signing of the Grant Agreement for the Reconstruction of the Teouma Bridge Project.

The Director of the Public Works Department (PWD) Mr. Allen Faerua in his opening remarks stated the purpose of the bridge is to serve the people mostly living along the ring road and eastern side of Efate Island.

Previously, the bridge was made using concrete, however a Japanese study team identified the materials are not strong enough therefore the new one will be a steel bridge which will be under a Grant Aid Scheme by Japan International Cooperation Agency (JICA).

Damage to the bridge are due to the heavy river flow, which the passageway of the bridge could not cater for, when there is heavy and high river flow.

The total length of the bridge will be expanded from 30m to 50m and the width from 6.5m to 10m, with sidewalks also installed.

The Vanuatu government from its side should also prepare for supporting the implementation of the Project. 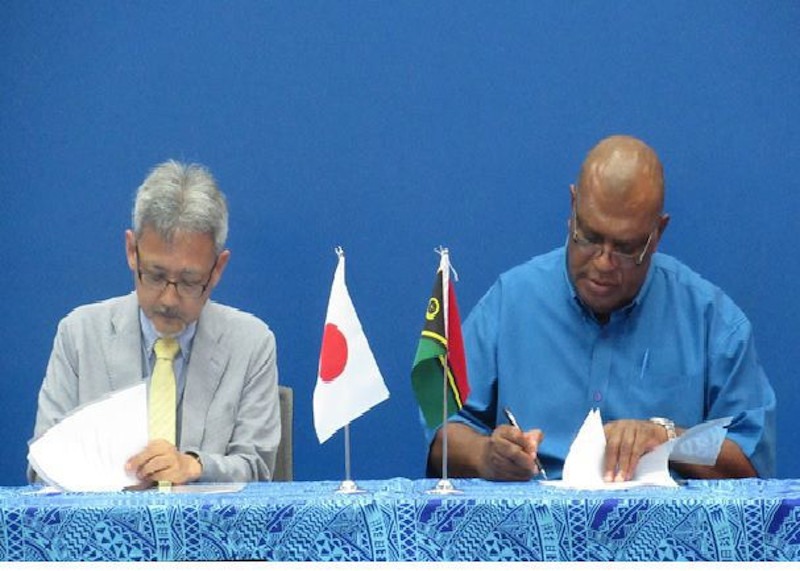 After signing the Grant Agreement, the Minister of Finance Mr. Gaetan Pikioune in his speech acknowledged JICA for this Project and the Government of Vanuatu through PWD for their negotiations and hard work that has resulted in the signing of the Grant Agreement.

Japan is a very important partner that has provided a lot of support to the Vanuatu government. One of which is the Hydro Power station in Santo.

For this Project, it will not just benefit Efate Island but also Vanuatu as a whole.

The Minister of Finance further conveys that this relationship between Japan and Vanuatu will continue into the future.

According to the Resident Representative of the JICA Vanuatu Office, he is aware that most of the people in Efate live in rural and around the ring road.

The bridge allows for accessing the commercial zone and public services. JICA has a history with the bridge as JICA had previously supported the rehabilitation of this bridge.

In 1997 to 2000, the Project for Improvement of the ring road on Efate Island (PIRE) was conducted by the Japanese Government from Tasiriki to few kilometres after the Rentapao Bridge. 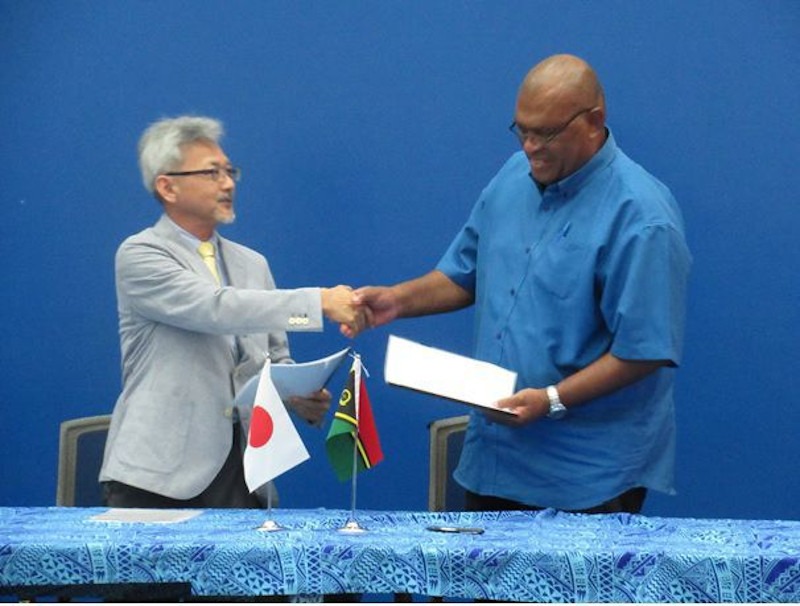 Teouma and Rentapao Bridges were located in the improved section under PIRE.

In January 2002, both Bridges were damaged by an earthquake that occurred that year. JICA supported the rehabilitation of these two bridges through its Grant Aid Scheme.

In 2015, severe Cyclone Pam hit Vanuatu and caused damage to the Teouma Bridge causing the rehabilitated Teouma Bridge to close for approximately 1 week.

The Vanuatu government had executed some urgent repairs however; the structural deficiencies were not solved. Japan has now the slogan of ‘Building better for disaster preparedness’, so this bridge will be built better.

JICA hopes this project for the Reconstruction of the Teouma Bridge will provide safe and sustainable access for the Efate People and to improve further the economic and social growth of the Island.

JICA Acknowledges the executing agency for their support and requests for further support on the implementing stages of the project.

May both parties continue to work together until completion of this project.

This project is seen as a bridge bridging the relationship between Vanuatu and Japan.