In a world first, the Oxfam International charity is trialing the stablecoin Dai for disaster response aid in Vanuatu.

The respected charity has partnered with Australian tech startup Sempo and Ethereum co-founder Joe Lubin’s ConsenSys to roll out the innovative aid project.

Their UnBlocked Cash program is also supported by the Australian Government.

Oxfam says the use of a stablecoin for aid delivery is a “game changer” that ensures that help can be provided quickly and transparently to those who most need it most.

Part of the system was designed and built on the ground in refugee camps in Lebanon near the Syrian border.

Sempo conducted small scale tests in Iraqi Kurdistan, Lebanon and Greece in late 2018 and the team has just returned from an extensive month-long trial in partnership with Oxfam in Vanuatu.

In-kind aid can be a ‘disaster for local communities’

Research over the past decade has shown that providing aid with cash is much more effective than giving in-kind support such as a bag of rice.

Around 70 percent of Syrian refugees have been forced to sell in-kind donations for cash so they can buy the items that actually need to suit their personal circumstances.

However, getting cash to a disaster area is expensive and a security risk. 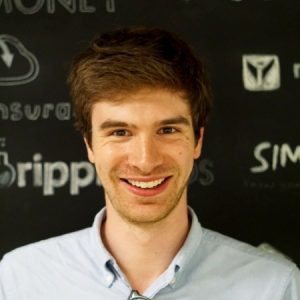 Melbourne-based company Sempo trialed the system in partnership with Oxfam in May in Vanuatu.

Two hundred residents in the villages of Pango and Mele Maat on the island of Efate were provided with tap and pay cards containing about 4000 vatu each (US$50).

The cards were linked to an Ethereum address credited by Oxfam with $50 worth of the stablecoin Dai  – a digital token pegged to the value of the US dollar.

Thirty-four vendors, including shops and schools, were provided with Android smartphones allowing them to accept payments with a simple tap of the card on the phone’s NFC sensor.

Vendors could either redeem the Dai for cash from Sempo or are free to exchange them elsewhere if they can find a lower transaction fee. 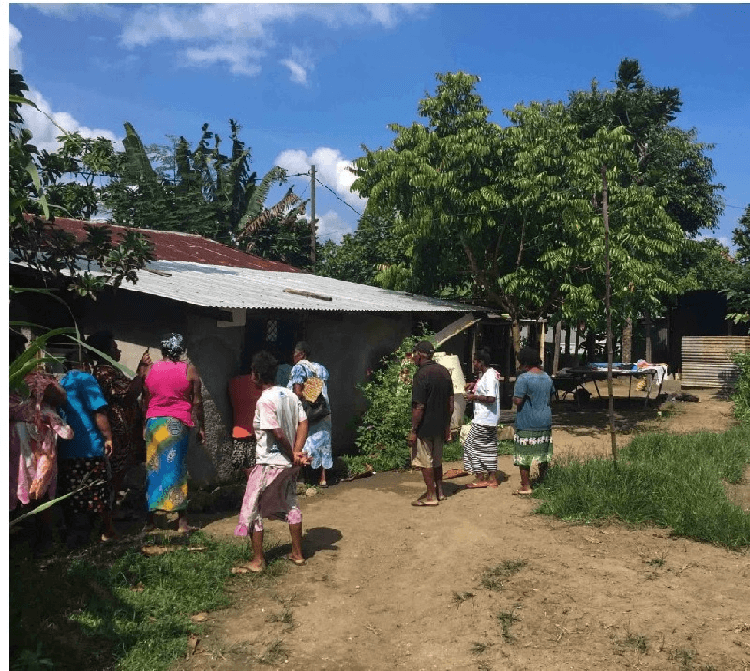 “As far as we know this is the first time an NGO has used a stablecoin to provide aid anywhere,” said Sempo co-founder Nick Williams.

“This is not a one-off pilot. We believe that using cryptocurrency to allow the unbanked to access finance will completely change the way aid runs.”

Oxfam had already experimented with providing cash directly to villagers in Vanuatu during a recent earthquake, however, it required painstaking ID checks and a visit to a local bank.

Onboarding a new user took around an hour. By contrast, it takes just six minutes to onboard users with the crypto tap and pay cards.

“Both donors and NGOs struggle with transparency and the way aid money is used,” explained Sandra Hart, the Unblocked Project lead at Oxfam in Vanuatu.

“For the first time ever, thanks to the use of a stablecoin, we now have end-to-end transparency, ensuring that the people who receive funds are the ones that need it. It’s a game changer for Oxfam that ultimately makes our work easier and more effective.” Crypto much better than a database

Sempo initially set the card system up with a simple database, but moved to cryptocurrency after partner organisations voiced concerns the system had a single point of failure in Sempo and would not be able to grow organically.

The use of Dai – along with backing from Oxfam – means the system is both transparent and trusted.

“The Australian Government can buy Dai, put it into a wallet distributed via a smart contract to recipients and you have end-to-end transparency and can trace the dollars from donors to recipients. That’s huge,” he said.

“In Vanuatu the internet is very patchy and can go down for days at a time so the big challenge was to be able to store transactions on the phone and send them up once the internet was back while ensuring recipients couldn’t double spend.”

They solved this by storing and updating the user’s balance on the chip of the tap and pay card itself. Williams said that putting users in charge of their own disaster aid gave them dignity and the ability to choose what they most needed rather than what a charity thought they should have.

“We thought they might want to buy clothes or rice but the reality is the things people want to spend on is quite broad.

“We were speaking to recipients and they said it was nice to have the local shop, but can you also get the local school (onboard as a vendor) because I want to pay school fees.”

They got the school onboard. During the trial, users were also able to spend cryptocurrency for general store items, fresh food, clothing, to pay phone and electricity bills, and buy some medical items.

About 2000 transactions were recorded during the trial.

For privacy reasons, individual purchases are not tracked, however, the system does track the general category of spending such as ‘medicine’, ‘bills’, or ‘food’.

During the month of May, one out of every 20 new Dai addresses created around the world was for a villager in Vanuatu with limited internet.

“If you want global adoption these are the people who should have blockchain addresses.

“We’re going to scale in Vanuatu so the next time a disaster like a volcano occurs we’ll be ready.”

Kris Randell, Enterprise Technical Lead for ConsenSys Australia, said it was wonderful to see an elegant blockchain solution “utilised to tackle a humanitarian challenge and able to provide a new solution with an exponentially improved result.”

“Being involved in helping projects like this come to life are exactly the reason myself, and many others, first got involved in this space,” he said.