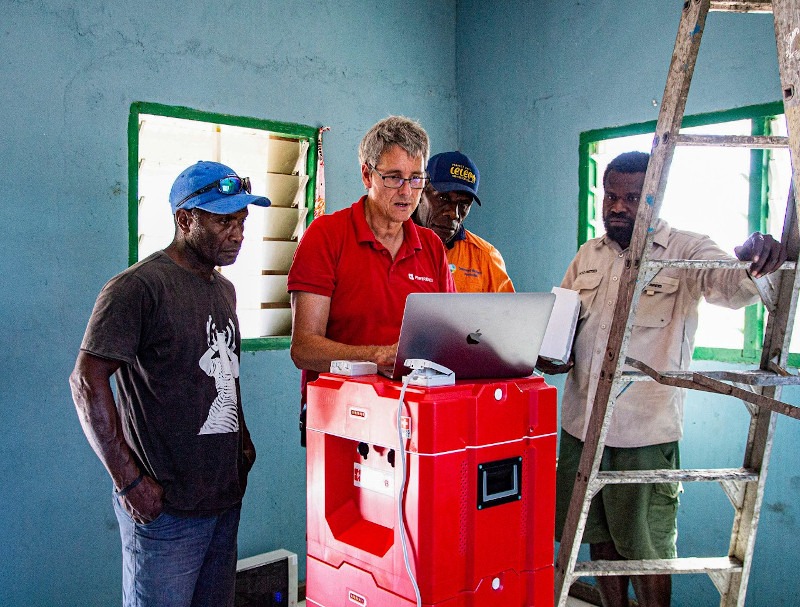 Recently I had the opportunity to witness the impact of frugal innovation.

The remote island of Lelepa in Vanuatu has started testing an energy system called ‘Power Blox’. Much like blocks of Lego, they are modular power cubes that connect to a grid. They can be expanded at the pace needed by the community and they deliver all the benefits of renewable energy, such as improving livelihoods, without damaging the environment. The more blocks you add, the more energy you get, and the stronger the so-called ‘swarm’ grid becomes.

It’s the first-ever use of swarm technology in the Pacific. Instead of compromising on quality and performance, the technology provides affordable energy. Using and maintaining the power cubes is “as simple as a breeze”, according to Brownie Billy, locally trained technician.

Seeing costly installations of other technologies in the Pacific made me wonder if we will ever be able to achieve Sustainable Development Goal (SDG) 7 – affordable and clean energy by 2030. I learned about a humble team of Swiss-based innovators that have carefully listened to the people in the global south. They created the swarm technology Power Blox after years of experience, learning and experimenting in eastern Africa. Swarm grids are strong and sustainable because they don’t depend on the usual setup of electricity grids. Each power cube is independent, and a lower performance of one cube will immediately be compensated by another element of the swarm. The power system starts small for those communities with little ability to pay, but allows for almost unlimited expansion. 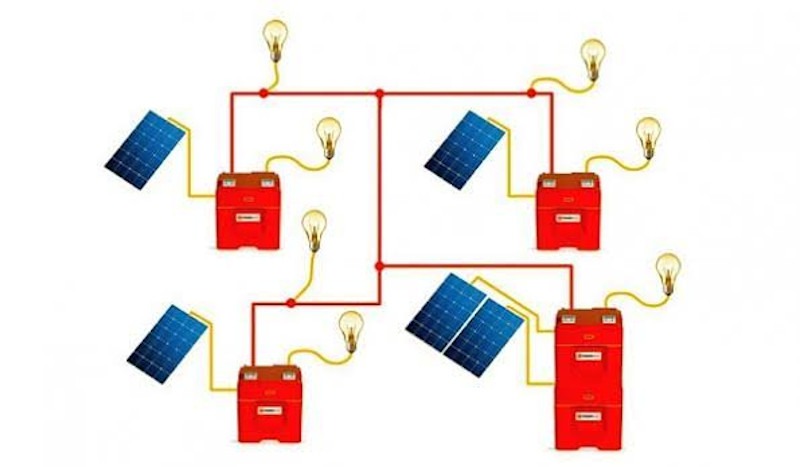 I saw the happiness and astonishment after the installations were completed and I quickly realized that we’re on the right track. The cubes are so easy that no lengthy training was needed to ensure someone like Brownie can work them. A mobile application allows the inventors to follow the performance closely and make corrective actions remotely, if necessary. This, however, is only needed in this initial phase, as the cubes are designed for full local maintenance. A local power supplier was engaged in the installation and can troubleshoot without having to ask for outside advice.

The system was installed in two days for less than one third of the costs of conventional solar power. Future growth will cover all households in the community and more importantly increase the power capacity by easily and quickly adding new cubes.

Vanuatu’s rural island population consists of subsistence farmers or fishers without regular income. Having reliable electricity will mean more money, and more jobs, which will generate more electricity demand. The government plans to introduce the technology to several other islands.

It is clear that the SDG 7 will not be achieved with such a slow approach.

Innovation may well be the key to address the low but increasing demand of rural communities, while promoting productive use of energy to develop and expand the grids. Technology that doesn’t overburden communities and force men and women out of village to earn money to cover the costs of electricity bills. Technology that allows communities to create new livelihoods within their safe social structures, at their own pace.

It’s a true democratization of electricity. No more inflexible systems that lock consumers into unsustainable fees. No more under-consulted and underserved communities. With Power Blox, Lelepa sets an example of how flexible and affordable systems have the potential to quickly create wealth and happiness.