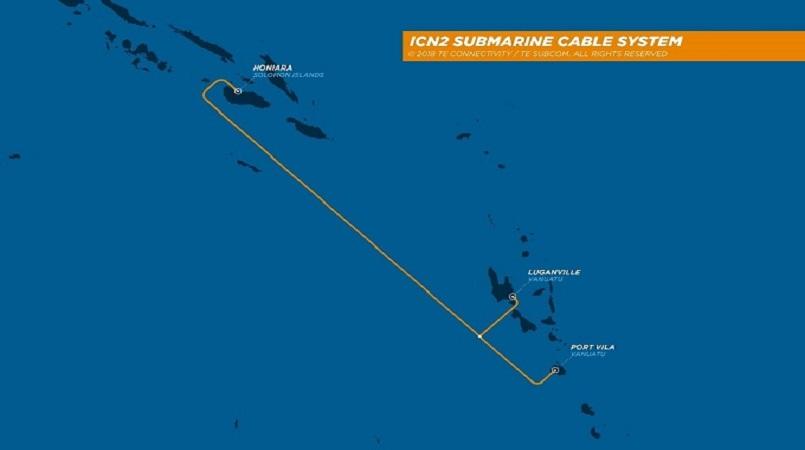 Submarine Cable owner and operator Interchange Limited has delivered a 42% reduction off the regulated wholesale pricing of the Submarine Cable to Telecom Vanuatu Ltd (TVL) and Digicel (Vanuatu) Ltd as of 1 September 2018.
The reduction in pricing comes as a result of a commercial deal between the Vanuatu Telecom Providers and Interchange in order for Interchange to begin works on the second cable connecting Port Vila, Santo and Solomon Islands.

Vanuatu was first connected to Fiji by submarine cable in 2014, providing the country with bandwidth and directly linking Vanuatu with the Southern Cross Cable connecting the United States, Australia and New Zealand.

The new cable stretches 1,632 kilometers and will provide redundancy and security to the existing cable, while providing faster and potentially more affordable internet access to the citizens of Vanuatu and Solomon Islands.

The amount of bandwidth purchased on the cable from the Telecommunications Operators has more than doubled in the last 12 months with the expansion of 4G networks, and more than 8 times since 2015.

Expanding on upcoming projects, Interchange will also be introducing “Interchange Cloud” in the coming months, providing affordable access to Virtual Servers, Domain, email and web hosting, and a host of other tools. This will allow local businesses to leverage increasing internet access in Vanuatu to grow their businesses.

“We expect the industry to continue to grow rapidly in the Melanesian region,” says Andrew Middlebrook of Interchange, “and we hope that this reduction in pricing will flow through to the consumers.”

The new cable is expected to be completed by the end of 2019.