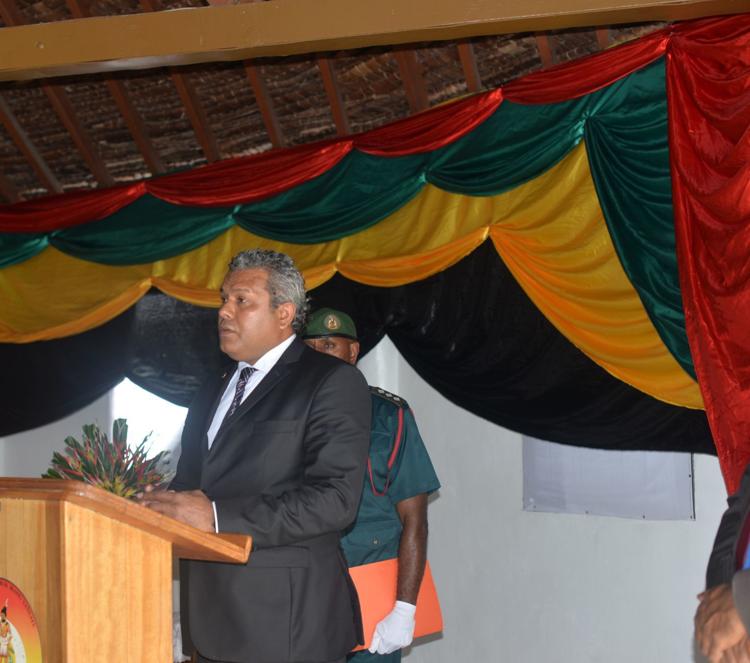 Mr. Licht is also the current Vanuatu Ambassador to the European Union (EU), based in Brussels.

“You are representing the Vanuatu Government in France and assuming duties and responsibilities as the Ambassador,” President Tallis stated during the occasion of the commissioning on Thursday last week.

“I am making a call to you to continue to maintain the diplomatic relationship between Vanuatu and France.” He added, “embrace the existing relationship and build from it. Make sure all duties and functions undertaken in the office are executed in a professional manner. All works are to be delivered in a transparent and accountable way, so the people and the Government of Vanuatu are happy.”

The Head of State wished Ambassador Licht the best in the mission. He also took the opportunity to thank the Government through the Minister of Foreign Affairs for appointing a respected person to take up this important position.

In response, Mr. Licht acknowledged the technical support through the Minister of Foreign Affairs and External Trade, the Director General and team to the Missions including Brussels.

He acknowledged that his role as the ambassador to France is important given long relationship between Vanuatu and France since colonial days.

Ambassador Licht also said the commissioning is timely, as there are issues that required negotiations with France and that include Health care, Education, Climate change and Matthew and Hunter.

The Ambassador assured he would continue to do his utmost best to execute instructions mandated to be undertaken.