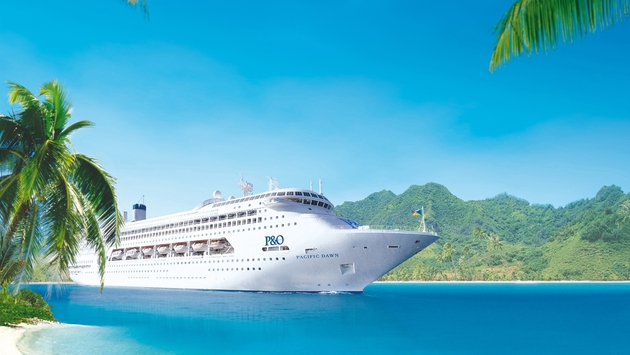 Cruise passengers are returning to Port Vila on Vanuatu this weekend following the devastation caused by Cyclone Pam in mid-March.

Passengers departing Brisbane, Australia, on April 4 on P&O Cruises’ Pacific Dawn will be first to go ashore in Port Vila, which the company said has been confirmed as safe for visitors.

The Pacific Pearl will follow three days later, and both ships will continue to deliver humanitarian aid and building material to support reconstruction efforts.

Tropical Cyclone Pam caused widespread damage on Vanuatu after winds of up to 165 mph hit with on March 14, killing 11 people and displacing about 75,000. The South Pacific island nation, about 1,200 miles from Brisbane, is still receiving aid and assistance from the Red Cross. The Australian Red Cross received about $6 million in donations, which was enough “to help thousands of families with emergency shelter, relief supplies, safe water and sanitation, and health care.”

Carnival Australia said the decision to allow passengers to visit Vila was made after an on-the-ground assessment by its specialists in consultation with local government authorities.

“The arrival of the two ships, which between them will be carrying nearly 4,000 passengers, sends powerful signals about Vanuatu’s capacity to bounce back from such a major natural disaster,” said Carnival Australia CEO Ann Sherry. “Our passengers have been eager to return to Vila to show their support for the people of Vanuatu, and it is an expression of our promise to resume regular cruise calls because of the importance of cruise tourism to the Vanuatu economy. Two-thirds of international visitors arrive in Vanuatu onboard cruise ships and we wanted to return as soon as possible.”

Pacific Dawn will arrive in Port Vila on April 8 and Pacific Pearl, departing Auckland on April 6, will arrive on April 11.

Passengers will be urged to remain within Vila’s downtown area and away from residential areas and outlying communities still dealing with the devastation.

“The return of our ships and our passengers is a very important sign that life in Vanuatu is finally getting back to normal after such a traumatic experience,” Sherry said.