Commissioner: Our police force goes from strength to strength

The India Alpha operation will provide security during the festivities with police playing a major role to ensure the Independence Anniversary on 30 July and lead-up events are peaceful and orderly..

Vanuatu’s Acting Police Commissioner Colonel Robson Iavro says, “Today as we launch the operation of India Alpha, I want to remind all police men and women throughout Vanuatu that we must always remember and acknowledge the work and commitment of our forefathers and mothers who ensured that we have a Republic of Vanuatu that is independent.

”“We as the current serving members of the Vanuatu Police Force must be proud and thankful for the work [our forebears] have done to achieve our independence,” Colonel Iavro said.

Colonel Iavro says,“As we carry out operation India Alpha, our communities expect us to be professional when carrying out our duties.” 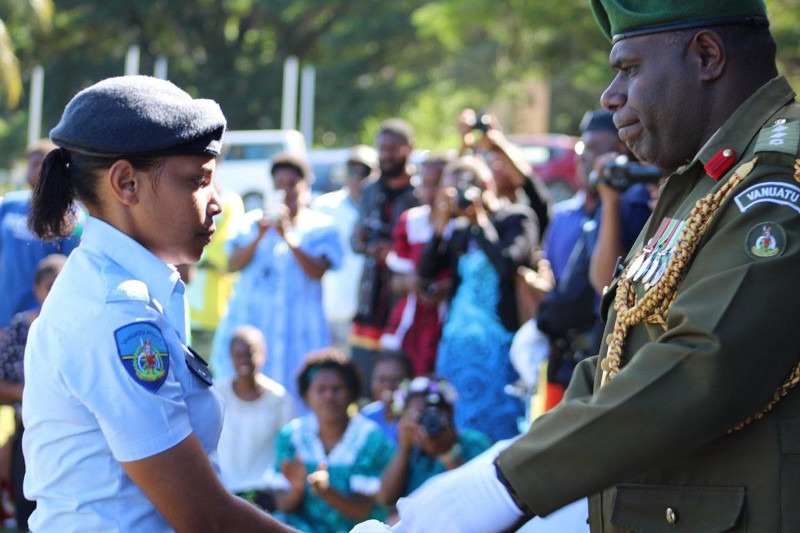 Around 300 Vanuatu Police Force members will provide tight security during the festivities around Vanuatu, and the Acting Police Commissioner says they will ensure order and discipline is strong during the Independence Anniversary celebrations. The Vanuatu Police Force has promoted 64 force members in Port Vila to higher ranks and another ten members serving in other islands will be promoted soon.

Acting Commissioner Iavro says the Vanuatu Police Force has started 2020 on a high note. The force participated in the COVID-19 operation, the country’s General Election, the Cyclone Harold disaster operation and the recent repatriation of Vanuatu citizens overseas.

“I want to acknowledge everyone for their hard work, commitments and the time given to the tasks we have carried out,” he said.

He says in the last 40 years; the Vanuatu Police Force has grown from strength to strength, with the number of police men and women doubling in that time. “Last year we witnessed over 200 recruitment of police officers. This year we have witnessed the roll out of the remaining 50 officers,” he said. 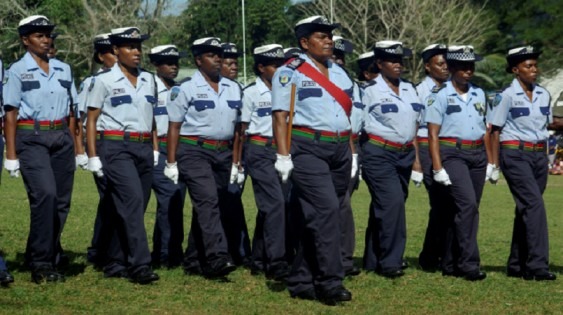 “Our target is for the force to have 900 police men and women. Hopefully in the next two years we will achieve this.

“In the last 40 years we have managed to build six provincial police stations throughout Vanuatu. As we speak, the last work on the Lakatoro Police Station in Malekula is taking place and we look forward to its opening soon.” He says in the last 40 years; the police have built 12 police posts on the islands of Vanuatu.

“However, we do not have police posts in all islands as yet. This needs to be addressed in the coming years. Next year, we are looking forward to building a police post in Erromango, Gaua in the Banks Group and on Epi Island,” he said.

He says this exercise will continue to roll out to ensure police posts are built on all islands in Vanuatu. Colonel Iavro says, the Government plans to undertake a review of the Vanuatu Police Force. The last review was undertaken in 1997 to 1999.