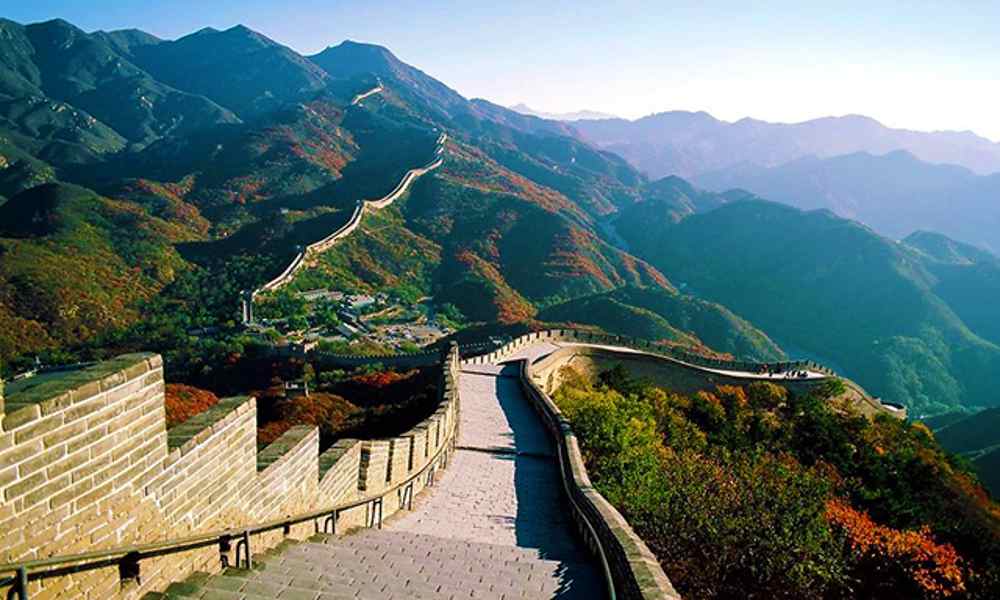 SYDNEY — Often overlooked in terms of the broader world view, the nations of the South Pacific are primed with tremendous growth opportunities over the next few decades, with tourism from China pegged as one of the most promising aspects of their development.

In a new report set to be released on Thursday by the World Bank entitled Pacific Possible, and obtained early by Xinhua, coinciding with the Pacific Islands Forum underway this week in Apia, the capital of Samoa, a number of key ways in which the enormous potential of these fledgling nations may be realised over the next 25 years is outlined, with increased tourism from China’s burgeoning middle class high atop that list.

One of the key contributors to the report, economist at the World Bank Kim Edwards told Xinhua recently that welcoming these tourists from China with open arms will be vital for the future of the economic success of the Pacific Island nations.

“I think in most cases there is definitely appetite for more tourists, and China obviously has a very significant and growing middle class, which can provide very important market for the tourism sectors in these countries,” Edwards said.

“The Pacific countries need to actually take advantage of this market more, and really take full advantage of the opportunities that the Chinese market provides. The region is open and ready for more and more Chinese tourists.”

The emphasis on China’s middle class is paramount, according to the World Bank report, which said that it is expected to increase from the 54 million people who were classified as middle class in 2005, to over 1 billion by the year 2030, with this unprecedented growth bringing many fruitful pathways to increased tourism in the Pacific.

Taking advantage of these opportunities is inherently difficult for many of these nations, because aside from Papua New Guinea with a population of 8.05 million people as of 2016, none of the other 11 major nations in the region have a population of over 1 million, with Fiji, the second largest country, coming in at roughly 898,000 citizens as of 2016, which makes securing finance for capital investment harder in the region.

In order to source the investment required to fully capture the Chinese tourism market and the economic potential that brings, Edwards said that these Pacific nations must play their part in ensuring that the conditions are conducive to those seeking to establish mutually beneficial partnerships with the region.

“I think in large part it’s making sure that the opportunities are viable in realistic and making that case to private sector investors. So, obviously the development of a high end resorts as part of a specific strategy for example, will very much depend on foreign investment coming in to set up these hotels and resorts,” Edwards said.

The positive impact of the recent waves of Chinese tourism has been felt in countries such as Vanuatu, with many in the tourism sector there rapidly adapting to and welcoming, more Chinese visitors to their country.

One such operator, Mike Thompson of Vanuatu Jungle Zipline, told Xinhua recently that Chinese tourism to Vanuatu has been a relatively new trend, but one which is rapidly expanding, much to the benefit of the country as a whole.

“We’ve had our first Chinese cruise ship a couple of months back and it’s certainly growing, so Chinese investment in Vanuatu has been growing quite significantly,” Thompson said.

“We’ve seen people, and companies from China buying up large tourism and development sites, and basically looking towards the future, so we expect significant growth.”

In order to better cater to people from China who visit, Thompson said he has taken many steps to further enhance the person-to-person communication, and cooperation between his company and others from China, as well as adapting his services to better cater to the tourists who visit his operation.

“We have translated our brochures into simplified Chinese, we have produced the video and safety video in Chinese, making it easier for the guests who come,” Thompson said

“When we have days when we are expecting significant number of Chinese guests, we have a couple of teenage Chinese students in Port Vila who we reach out to, and they come and work for us, and also they are able to participate in the tour and translate when required.”

One of the key ways that Thompson believed the immense tourism opportunities can be fully realised is by further forging partnership between China and surrounding nations, like Australia, much in the same vein as the recent announcement by Hainan Airlines that will see direct flights between the city of Shenzhen in China, and the northern Australian city of Cairns.

With the city then potentially serving as a hub for the South Pacific for Chinese tourists, Thompson hopes that this will open up direct flights between Cairns and the major capitals of the South Pacific nations which will not only see more travellers from China being able to enjoy the islands, but also being able to do so more conveniently and efficiently.

But direct flights to the region from places like China are critical to the growth of these nations, according to the World Bank report, which stresses that the dependence of Pacific countries of tourist on-flow from places like Australia and New Zealand must be curtailed in order for them to reach their full potential.

“(The growth potential) requires direct connections between those markets and the Pacific nations, avoiding the hubs of Australia, Fiji, New Zealand and Guam.” the report said.

In order to do this, the report suggests a number of steps to increase the Chinese tourism market in particular, such as the negotiation of new routes between the Chinese mainland and the Pacific islands, tailoring services to Chinese tourists, building relationships with Chinese wholesalers, and importantly, making the visa process easier for Chinese tourists to visit these island getaways.

The hope is that these potential-laden nations can follow the successful lead of other island countries, such as the Maldives and Seychelles, that have experienced significant growth after fostering robust partnership with China, driven by tourists, with tourism accounting for 27.9 percent of the GDP of the Maldives in 2013.

“(The Maldives) have successfully attracted the Chinese market through a combination of marketing and easing direct flight access. China grew from nearly zero to over 30 percent of the market in an eight-year period, making it the top source market since 2010.” the report said.

With over 122 million Chinese outbound tourists in 2016 alone – and that number set to skyrocket over the coming decades – the opportunities for the Pacific island nations to engage in mutually beneficial partnerships with China are immense, which will lead to a more prosperous, and culturally rewarding future for the region, the report added.