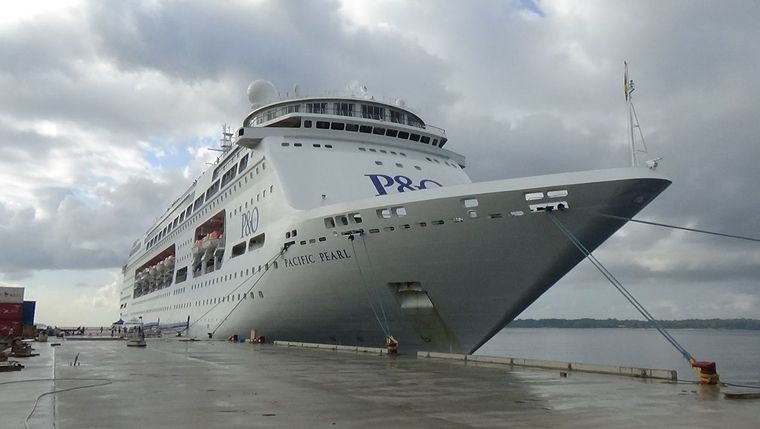 Pacific Pearl (above) was in the Luganville limelight this Friday, as it tied up to the brand new Luganville International Wharf.

The project of Rehabilitation and Extension of Luganville Main Wharf was started on 28th July 2015 funded by a Concessional Loan by the Chinese Government and contracted by Shanghai Construction Group.  It was completed despite some difficulties along the way, such as shortage of raw materials and other unexpected events. They claim that the wharf has been customised with many new capabilities.  Now it is expected to withstand natural disasters such as earthquakes and cyclones, though some furnishing work is still ongoing and will be complete by 2017.

The Wharf on the other hand proved to be a step ahead of others towards attracting more tourists to Vanuatu.  Beginning in June there is a huge push to make the Vanuatu tourist experience widely known in Australia and New Zealand.

As is true of most projects funded by overseas investors and backers, locals benefited even before the project was finished.  It provided job opportunities to many and jobs to 50 Ni-Vanuatuan Workers, who are now trained for further construction activity. The project work focused on the following:

Celebrating the arrival of the Pacific Pearl cruise liner at a park in the middle of town. (Photo:Mayumi Green)