A Chinese company has won the tender to build Vanuatu’s new Ministry of Finance.

The Chinese Civil Engineering Construction Company will build the ministry on the site of the The Condominium Building which will be demolished.

From 1906 to 1979, the building complex had been used by colonial powers to house the Joint British and French Salary Departments of the Joint Colonial Administration of the 83 islands of the New Hebrides.

The Chinese company has already secured a number of Vanuatu government projects including the first tar sealed roads on Tanna and Malekula, the extension and strengthening of Port Vila International Airport and the current repair and extension of Korman Stadium. 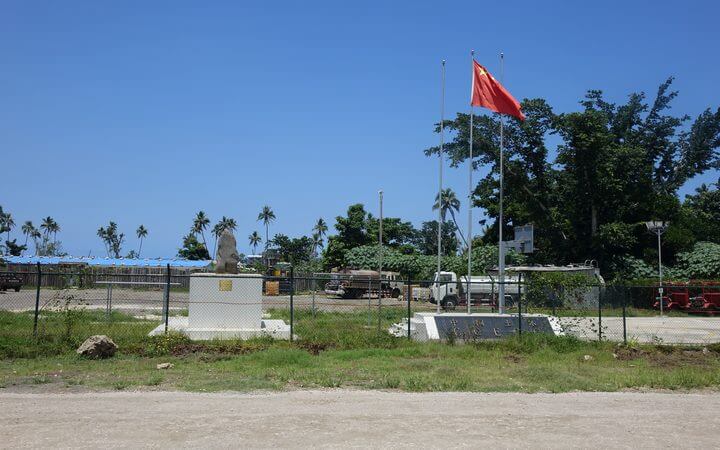 The compound for workers and equipment building the road on Tanna, Vanuatu.