China direct flights about to start 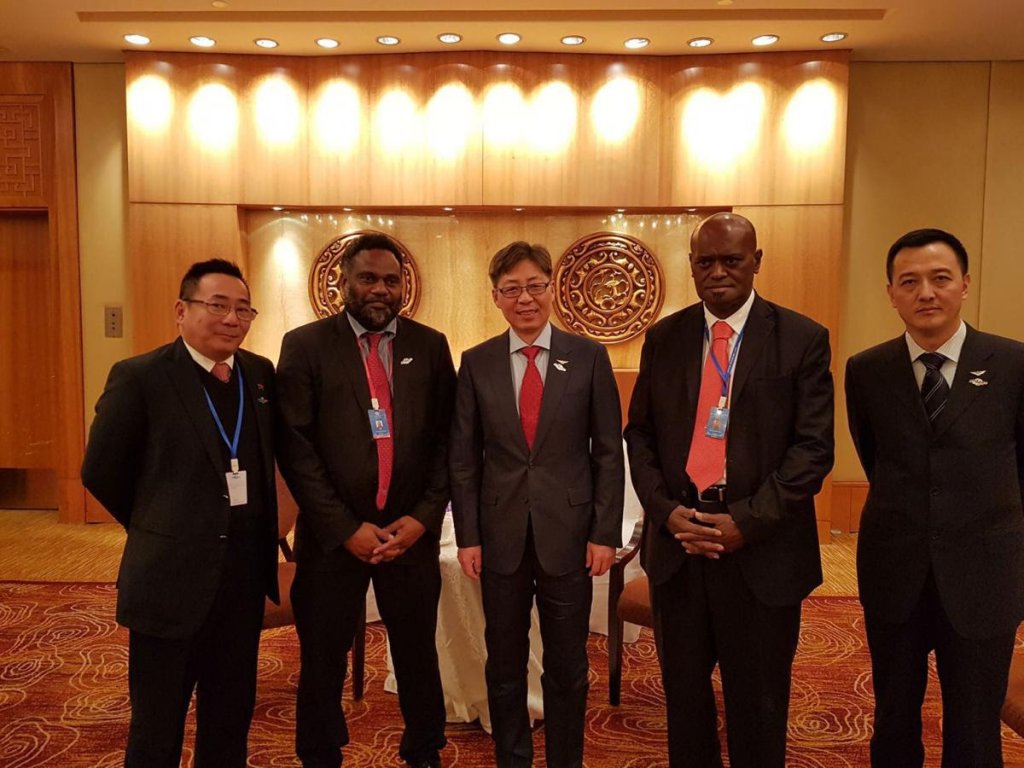 The outcome of Vanuatu’s bilateral talks with Civil Aviation Administration of China at Asia Pacific (APAC) Ministerial Conference has been hailed as “positive”.

Director Niel stated Vanuatu’s case revolved around three key areas and the country is currently investing 59 Million USD on the Bauerfield runway, including rehabilitation and upgrading Pekoa and Whitegrass.

Completion of the upgrades would mean Vanuatu would be better placed to explore facilitating of long haul flights directly from the People’s Republic of China.

Mr Chen was informed the Government of Vanuatu is setting its sights on flights between China direct to Vanuatu and that initial preparations are carefully being looked at to facilitate such flights.

In the first matter, the Director requested the conclusion of an Air Services Agreement (ASA) between China and Vanuatu that would reflect the present upgrades to Bauerfield enabling connectivity between both countries. Mr Chen assured Mr Niel that CAAC had received Vanuatu’s proposed draft of the ASA and that his CAAC staff will work closely with CAAV to ensure an ASA is signed by the end of this year.

The second matter Mr Niel raised was the fact that CAAV noted CAAC may have specific safety requirements separate from ICAO imposed standards with respect to Chinese aircraft and airlines operating to destinations outside China and in light of this requirement formally requested a CAAC Technical team visit Vanuatu to assess its present Safety Standards and Aerodrome Structures at Bauerfield including the runway being constructed by CCECC and temporary refurbishments by Airports Vanuatu Limited to Bauerfield Aerodrome. .

The Deputy Director General of CAAC again reassured Vanuatu, CAAC will assist CAAV and MIPU in marketing Bauerfield to Chinese airline companies and aircraft intending to operate in Vanuatu. CAAC further stated CAAC’s commitment to consider and assist CAAV accordingly based on the excellent diplomatic relations both countries enjoy.

Finally, Mr Chen was briefed on Vanuatu’s intention on promoting and engaging in route development in China, deemed absolutely necessary in providing the impetus for connectivity between the two countries and Mr Chen Wei was informed by Mr Kaltongga, Chairman of AVL that efforts are already underway involving preliminary meetings with Chinese tourism management companies and travel agents in China on numerous fronts particularly those involved in charter flights and as signed MOUs between Government and certain China airline companies to facilitate long haul flights.

In conclusion, Mr Chen vouched CAAC and the Chinese government would provide a technical team as well as offer training and scholarships for ni-Vanuatu aviators under the auspices of ICAO’s initiative for the development of “Next Generation Aviation Professionals” as well as the “No Country Left Behind” initiative.