China and Vanuatu look at port for Pentecost 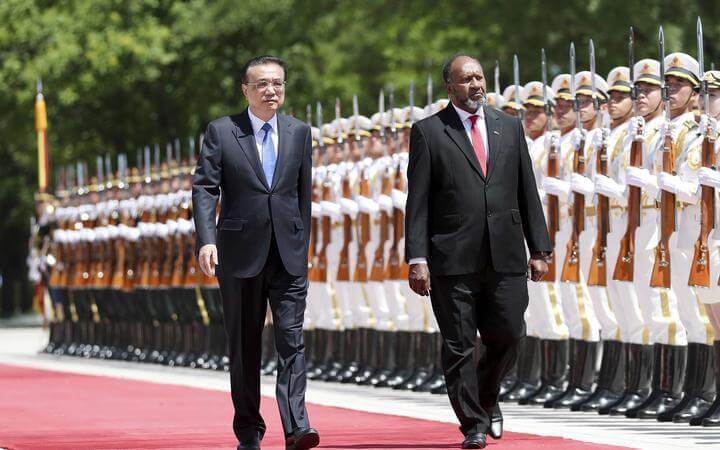 Vanuatu is looking at developing a port with China on Pentecost, one of the country’s northeastern islands.

Prime Minister Charlot Salwai and Chinese Premier Li Keqiang signed a deal for a feasibility study on a “small port” and road during the Mr Salwai’s visit to Beijing.

Premier Li Keqiang has called for better alignment between the Belt and Road and Vanuatu’s development strategies.

He also called for greater mutual trust during a meeting with Mr Salwai on Monday.

He said China will encourage its businesses to invest in Vanuatu, and expand imports.

Vanuatu signed up to the Belt and Road, China’s global development strategy, in November.