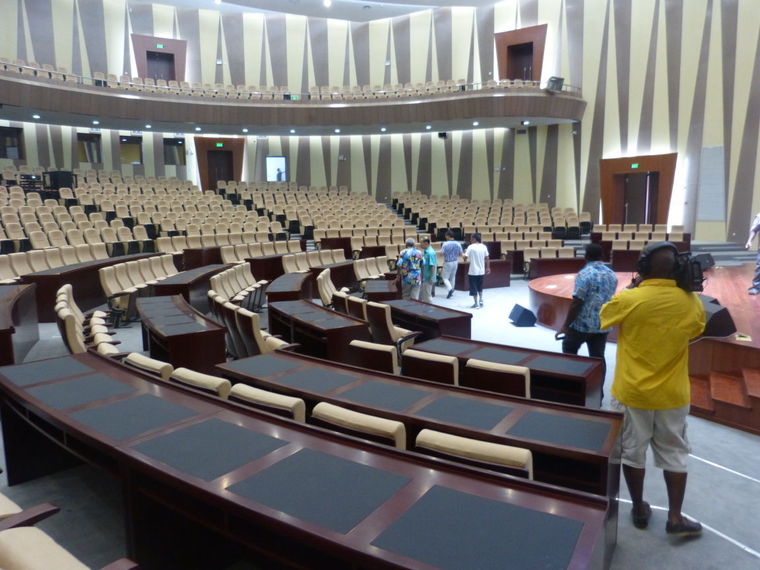 Caretaker Prime Minister, Sato Kilman and the Director General of the PM’s Office, Johnson Naviti, paid a visit to the Convention Centre yesterday morning on the invitation from the Chinese Ambassador to Vanuatu, Xie Bohua.

After touring the building which took almost two hours, a proud Kilman expressed his great satisfaction with the completion of the Convention Centre, because he officiated the ground-breaking of this project in 2013.

He pointed out that a benefit from owning this facility would be to promote Vanuatu to another level, for instance, an opportunity to host regional or international meetings. The caretaker PM also encouraged local business houses, NGOs and different bodies to make use of this Convention centre.

Kilman admitted that a challenge is how to maintain this huge building. He said the government has plans to set up a management body to manage this centre on a commercial basis to ensure the facilities within the convention centre are in good conditions and replaced if required to. 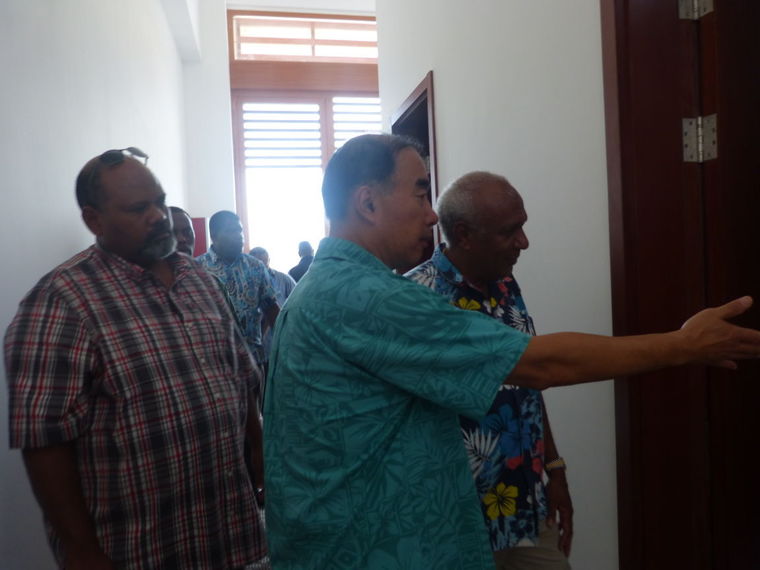 According to the caretaker PM, the Chinese Government has informed them that after handing over the centre to the Vanuatu Government, it (Chinese Government) would provide a technical team which will assist on familiarization of the building for approximately a year.

He also hopes to see the people of Vanuatu grab an opportunity to visit the huge building for themselves and feel the pride that they own it.

Ambassador Bohua affirmed his position to ensure the best relationship between Vanuatu and China continued.

Daily Post understands the Office of the Chinese Embassy will negotiate with the Prime Minister’s Office to formalise a date for the handing over ceremony.