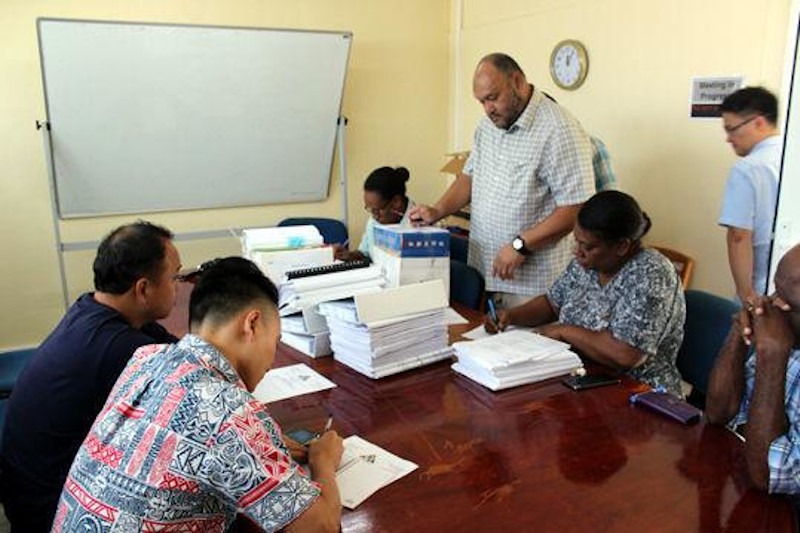 The Vanuatu Government has announced that Bids for the Vanuatu Energy Access Project — Engineering, Procurement and Construction for the Brenwe Hydropower Plant (VEAP – BHP) on Malekula have now been finalized.

The winning bid was from MAPs/Vortex JV of New Zealand for the sum of USD$5.84 million.

The Vanuatu Project Management Unit (VPMU) anticipates that a signing of the contract between the government and the New Zealand joint venture company will take place before the end of the month.

This will be followed by mobilization of materials, equipment and personnel.

The duration of the project is 24 months.

According to VPMU, the project will see the distribution of grid extensions on Malekula, which will bring electricity to villages in and around Brenwe and Unmet to Leviamp and then down to Lambubu and on to Laravet – increasing electricity access for residents of Malekula from 8% (mostly at Lakatoro areas) to about 14%. 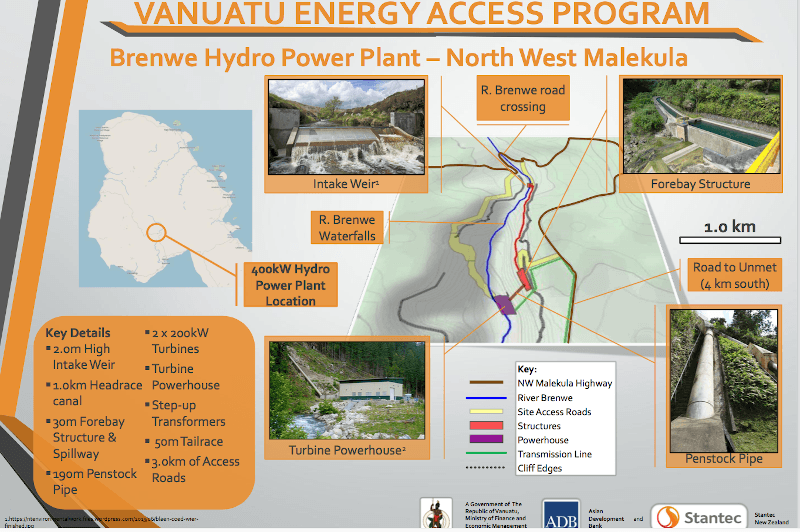 “The project will see the construction of a 400kW run-of-river hydro-power plant, construction of a total of 2km of access roads, 21km transmission lines (20 kilovolts), an intake structure, a 1km headrace canal, a 190-meter steel penstock and a powerhouse.”

VPMU, under the Prime Minister’s Office, is providing management oversight over the project, in close collaboration with the Ministry of Climate Change and the Department of Energy being the key Government implementing agencies.

The project is being implemented to fulfil a goal in the National Energy Road Map launched in 2013, with the central goal of energizing “Vanuatu’s growth and development through the provision of secure, affordable, accessible, and high quality clean energy services”.