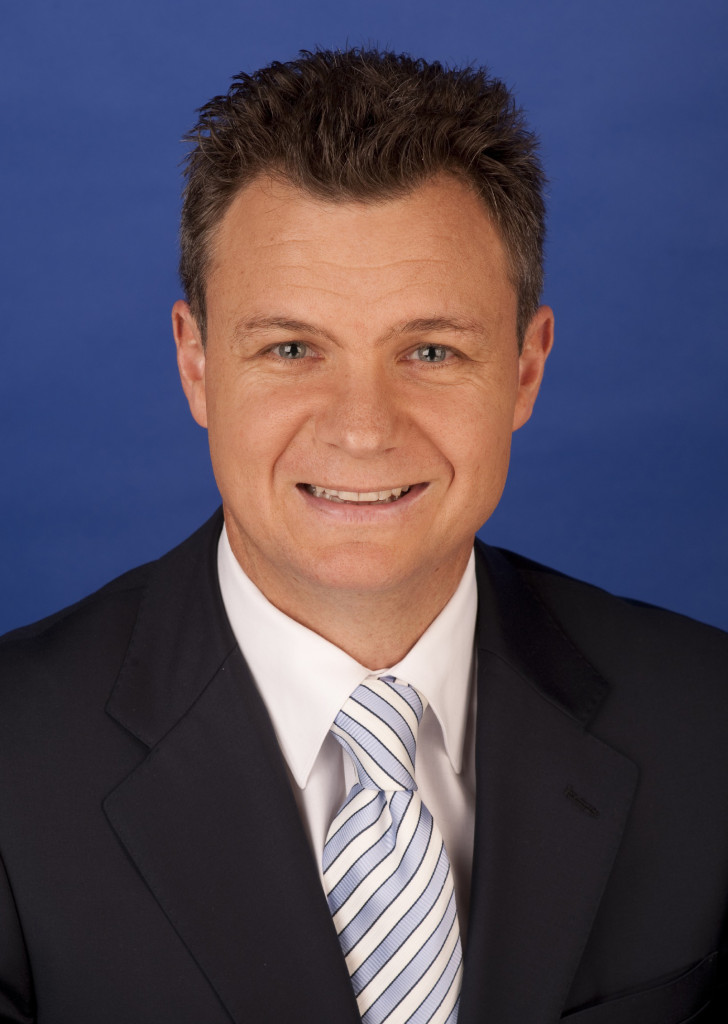 It’s good to be with you today.

If you visit the Australian National Gallery at the moment, there’s a special collection on display of Kastom art from Vanuatu.

The exhibition celebrates the richness of a unique art and a culture that has remained strong till this modern day.

It also stands as a testament to the rich relationship between our two countries showcasing one of the largest collections outside of Vanuatu, which the gallery began acquiring 40 years ago.

The relationship between Australia and Vanuatu is one of partnership.

A partnership based on mutual respect, regular healthy dialogue, growing investment and greater friendship between our peoples.

It is a partnership for better economic and business ties.

A partnership to lift living standards, particularly in education and health.

And a partnership to tackle the common challenges our region faces; namely sustainable agriculture and fishing industries and the looming threat of climate change.

We established diplomatic relations when Vanuatu became independent in 1980.

We were there at the birth of this new nation.

But our friendship dates back well before independence.

This second gathering of the Forum is a good opportunity for us to take stock of the Australia-Vanuatu relationship a year on since you last gathered.

It’s been a year where we’ve strengthened high level dialogue between our two countries.

Just last October, Vanuatu officially raised its flag for the first time at its new High Commission chancery in Canberra’s suburb of Deakin.

Senator Carr told me personally that he enjoyed the visit very much and he appreciated the warm welcome he received.

There is much to be excited about when you look at Vanuatu’s potential for growth and prosperity.

The Asian Development Bank expects growth in 2013 and 2014 to be over three per cent as agricultural production recovers, delayed construction projects commence and tourists come to the islands in increasing numbers.

Vanuatu’s stable economy and low inflation is a draw card for businesses looking to expand.

Australian investment in Vanuatu has increased from

While this might seem a relatively modest increase, we only need to look at the shadow the global financial crisis continues to cast over so many other countries to see that this increase is a positive sign of stable investment.

And there is no greater sign of the positive outlook than to see so many of you here today.

We have fast and efficient air transport linkages for doing business and quality Australian banks operating in Vanuatu to international standards.

I acknowledge the good work the Business Council has done with business to build relationships, including through the national peak business body, the Vanuatu Chamber of Commerce and Industry.

Most recently, I understand the Council and the Australian cruise business, Carnival, hosted a business luncheon for 70 Vanuatu business and government representatives in Port Vila on board a visiting Carnival cruise ship.

Tourism is the driver of Vanuatu’s economy.

In 2012, higher tourist arrivals helped Vanuatu’s economy to expand by a further two per cent.

Two-thirds of all long-stay tourists to Vanuatu come from Australia.

And Australia is the fastest growing cruise market in the world, with Carnival Australia alone planning to bring 230,000 Australians to Vanuatu in 2013.

There are many other Australians investing in tourism in Vanuatu – a sector that brings many jobs to the country.

Employing ni-Vanuatu and contributing to the local economy.

One of the big three resorts, Iririki Island Resort, is owned by an Australian consortium.

Other examples include the Grand Hotel, Village de Santo, Eratap Beach Resort, Tamanu on the Beach, Poppies on the Lagoon, Aquana Beach Resort and White Grass Ocean Resort in Tanna.

Also, many restaurants and bars are owned by Australians, including La Tentation, The Brewery and the Anchor Inn.

And in other industry sectors there are more success stories.

ANZ Bank and Westpac operate in Vanuatu as do QBE and Aon insurers.

There are also Australian lawyers and accountants operating in Vanuatu. An Australian partnership has set up Vanuatu’s answer to Bunnings – Wilco.

Recycle Corp is the only company recycling metal in Vanuatu.

Just some of the examples of business and investment links.

Together, we are working hard to ensure our substantial investment pays dividends for the people of Vanuatu.

With the Government of Vanuatu, the Vanuatu Cultural Centre, village Chiefs and other community representatives, we are working together to improve land management and services.

We are also working closely with Vanuatu and New Zealand to strengthen customary land tribunals to solve land disputes for fairer and more efficient decision-making about land.

These initiatives will help to improve economic growth and provide a stable economic environment for business to flourish.

I acknowledge and welcome representatives from Kuth Energy who are attending here today.

As some of you may know, their proposed Geo-thermal project in Vanuatu is only at the fledgling stage but this renewable energy project has the potential to be far-reaching across the Pacific and beyond.

Vanuatu has the potential to build a prosperous and sustainable future for its population.

And Australia has a key role to play in helping to build that future.

And long-term development in Vanuatu depends on stable economic growth, an area in which Australia has long-standing, close links with Vanuatu.

Together, we are working with Vanuatu to help solve the country’s infrastructure needs.

The project is funding local contractors and labor for rural road works and is managed by Vanuatu’s Public Works Department.

This will also ensure roads and bridges vulnerable to floods and storm surges will better cope with climate change.

To help ensure that up to 40,000 people have access to markets and essential services, including hospitals and schools.

Having benefited hugely from liberalizing our economy and removing barriers to trade, the Australian government is a strong believer in opening a country up to the global economy and welcome Vanuatu’s joining the World Trade Organization in 2012.

We are working together to progress the PACER Plus negotiations – firm in our belief that a new regional trade and economic agreement will help create jobs, enhance private sector growth and raise living standards across the region.

Vanuatu has a young, growing and rapidly urbanizing population, and The Australian Government and people are working with Ni-Vanuatu to address the challenges associated with this.

And lift the living standards of ni-Vanuatu across the country.

Its future depends on building skills, integrating further with the region and bringing investment and business to the country.

And the contribution women can make to development should not be understated.

During his visit, Senator Carr opened the new permanent headquarters for the Vanuatu Women’s Center.

Our efforts to help Vanuatu act to end violence against women is vital for a bright and positive future for all Ni-Vanuatu.

And we are working cooperatively to provide better educational opportunities.

Education is the key to long term economic sustainability, and to boosting productivity.

We are proud to be supporting Vanuatu’s Education Road Map for primary education.

More than 370 Australia Awards have been awarded to impressive ni-Vanuatu in the past five years – with 40 per cent of these going to women.

Since 2007, almost 760 Ni-Vanuatu have graduated from the college.

They have come to study at some of Australia’s best institutions in areas important to the development of Vanuatu in management, commerce, economics, law, international relations and health.

And since 2009, Australian support has also helped train almost 400 teachers, delivered over 43,000 textbooks to Vanuatu’s primary schools and developed a new national curriculum for years 1 to 3.

Beyond education, Vanuatu is also part of Australia’s push to increase labor mobility in the region.

Labor mobility gives those that want to work in the Pacific the opportunity to do so in areas where there are clearly shortages.

One such shortage is in Australia is in our horticultural industry, where growers have had to rely mostly on backpackers to fill short-term jobs during their picking seasons.

Almost 1,400 workers from the Pacific Islands and Timor Leste have come to Australia under the Pacific Seasonal workers program since it commenced in July 2012.

Almost 100 of these have come from Vanuatu, working in several towns in New South Wales and Victoria.

They’ve gained new skills and knowledge that they will be able to take back to Vanuatu.

And they’ve had the opportunity to work under Australian conditions and earn Australian dollars.

This in turn contributes to the economic development of Vanuatu through the remittances they send back home.

The program is still in its infancy but already there are clear indications that this will develop into a valuable and important program.

You only need to talk to growers themselves, like

Pauline has described the workers as hardworking and quick learners who have a strong work ethic and positive attitude.

And what more, the company now has peace of mind, knowing that the workers will be there for six months – instead of relying on back packers who come and go.

Australia and Vanuatu have made great progress through our partnership.

The United Nations Office for Coordination of Humanitarian Affairs assesses that Vanuatu is one of the most natural disaster prone countries in the world and is highly vulnerable to the impacts of natural disasters.

The Government of Vanuatu and Australia’s Department of Climate Change and Energy Efficiency are working to help Vanuatu adapt to climate change.

Reducing the vulnerability of Vanuatu’s vital sectors and communities now, to current risks, should put it in a better position to cope in the future and help build sustainable communities.

identifying and financing priority adaptation measures to increase resilience to the impacts of climate change.
increasing understanding of how the climate and oceans have changed and how they may change in the future
assessing vulnerability to climate change.
and developing evidence-based adaptation strategies.
Natural disasters and climate change impacts have the potential to wipe out hard-won development gains.

Australia stands ready to assist Vanuatu in the event of an emergency.

We’re likely to see an increase in the number of extreme weather events including storm surges and coast erosion.

All with serious consequences for communities.

To assist Pacific Island Countries adapt to the impacts of climate change, Australia is providing $160 million to the Pacific over five years under the International Climate Change Adaptation Initiative, which includes an estimated $1 million for Vanuatu in 2012–13.

Vanuatu also benefits from assistance through the Pacific Adaptation Strategy Assistance Program, and the Global Facility for Disaster Reduction and Recovery.

When we ran successfully for a seat on the UNSC, one of our objectives was to provide a voice for small and medium nations of our region.

It’s in this spirit that one of our priorities during our two-year term on the Council will be to promote increased transparency and accountability of the Council’s work. Particularly as it relates to developing states in our region.

The Pacific Islands Forum Fisheries Agency estimates the dollar value of fish caught across the region to be approximately US$5 billion in 2010.

Today is an important day for the business relationship between Australia and Vanuatu.

It’s a whole day to exchange views and make contacts.

To look for opportunities in the coming year and beyond.

The Australian and Ni-Vanuatu governments are working together to make doing business between our two countries much easier.

Australia’s close friendship and special bond with Vanuatu commits us to working together to continue to make gains and improve the lives of all Ni-Vanuatu.