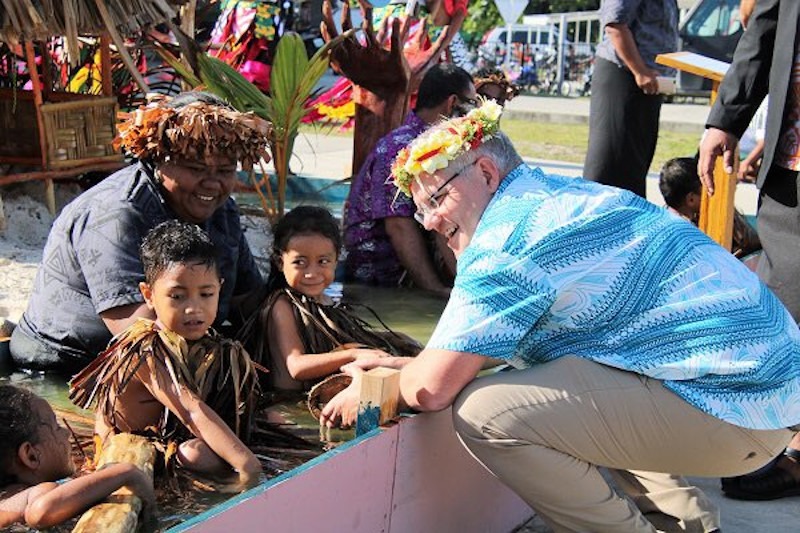 This is the second time in less than a year that Pacific Islanders have come to Australia’s aid. When the bushfires gutted Australia’s east coast last summer, devastated Australians were incredibly thankful for the support from our Pacific friends. Papua New Guinea sent 100 soldiers to help fight the flames. Fire-ravaged towns like Merimbula received $60,000 in donations raised by youths in Lae. Vanuatu offered $250,000 to assist the families of bushfire victims. I’m still moved beyond words.

During the fires, Vanuatu seasonal workers in Wagga Wagga faced the same fight against nature as Australians. In spite of the risks, ni-Van seasonal workers are now back to help farmers and Australian businesses who are facing one of their toughest years in memory due to the pandemic. Arriving on 3 September, 160 seasonal workers from Vanuatu isolated at the Howard Springs facility in the Northern Territory (NT) have started work to save our harvest.

It’s hard to over-state how much the workforce from Vanuatu is helping our nation. It can be easy to forget in our cities that fresh fruit and vegetables don’t just grow in supermarkets, as Michael Rose notes in this great piece. I fully support his call to show our thanks to these ni-Van workers who are literally saving the mango harvest in the NT, valued at over $128 million. It’s telling that the NT mango industry footed the half-a-million-dollar bill to charter these brave workers to Darwin. 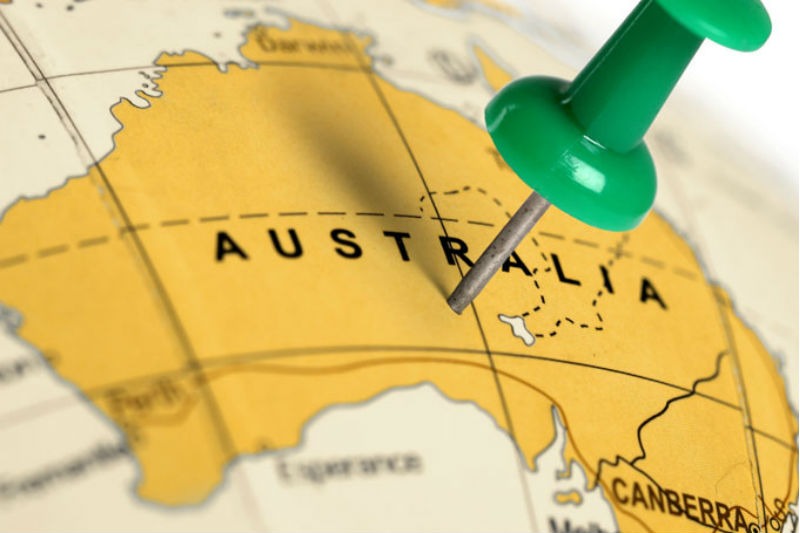 All of this highlights the fact that Australia’s relationship with Pacific island nations is not a one-way street, as some still wrongly see it in Canberra. Just as Australia helps its Pacific friends in times of need like the devastating Cyclone Pam in 2015, our Pacific friends and allies have always helped us in our darkest hours. Lest we forget that many Pacific warriors freely opted to defend colonial powers’ homelands in the two world wars. They defended Europe, Australia and the Pacific from fascism.

Australia’s approach to the Pacific is no longer predatory and paternalistic, like it sadly was in colonial times. Ours is a symbiotic relationship like that between anemones and clown fish that cooperate to thrive and to survive in dangerous waters with big fish and bigger sharks in sight. We’re seeing this come into sharper focus with COVID-19, climate change and strategic competition.

COVID-19 has laid bare our shared health vulnerabilities. That’s why the Australian government has a duty to the Pacific to roll out vaccines in the Pacific as soon as it can. The Pacific expects no less, as the Prime Minister has said. We need to do more in the medium term. Save the Children has called for the government to extend a “Pacific Job Keeper” to countries like PNG and Solomon Islands, where 77 per cent of families are now struggling to buy food. Canberra should explore all options.

Climate change is still one of the greatest challenges of our time. Those in Kirribilli House may not always see it as such, but I-Kiribati don’t have that same luxury. Prime Minister Morrison’s rhetoric around the Pacific family and vuvale was very well received in the region. The optics were perfect, but the follow-through disappointed many Pacific leaders. When you call countries “family”, you should listen to them when they speak with one voice about issues they see as core to their survival, like climate change. Families are bound by mutual loyalties, not by pious professions of love. 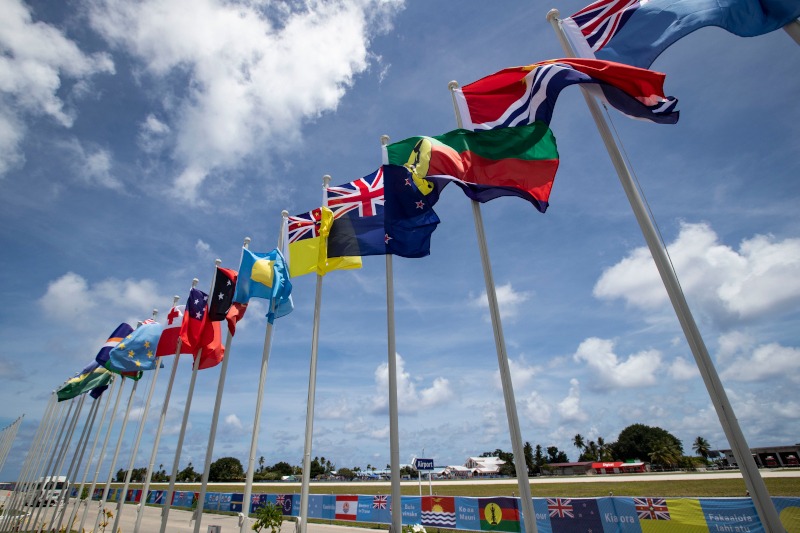 The third challenge that affects all Pacific countries, from the largest to the smallest in size, is our collective handling of non-traditional development and would-be security partners like China. Much commentary in Australia has rightly focused on the unacceptable risk to Australia of an external power ever establishing military facilities in our region. This would be dangerous for the whole Pacific, because geography makes our security inseparable. But Australian strategists agree that Australia cut out the floor from under its feet in the Pacific through its deep cuts to aid funding, diplomatic focus, investment, media and cultural links over the past seven years. It was a massive own goal.

These challenges are all interconnected. They all tie Australia and the Pacific in an ever-closer union. If ever there was a worst time to cut Australian aid to the region, this is surely it. That’s why it’s so tragic and disappointing that the federal government has been cutting aid for education in PNG by ten per cent since 2014 and plans to cut two positions at Australia’s High Commission in Port Moresby. As Labor’s foreign affairs and Pacific spokespersons, Penny Wong and Pat Conroy, have said, this leaves the Pacific less “stable, secure and prosperous…leaving a vacuum for others to fill.”

Where do we go from here? The government’s own roadmap in the 2017 Foreign Policy White Paper designated an ambitious way forward which remains to be fully realized. One over-arching objective was to help “integrate Pacific countries into the Australian and New Zealand economies and our security institutions,” which was “essential to the long-term stability and economic prospects of the Pacific.” If that is a destination willingly shared by other Pacific countries, we have a long way to go.

The successful agricultural Seasonal Worker Program and the Pacific Labor Scheme could be scaled up over time. Concerns over workers’ conditions will need to be eased. One potential end game is a Pacific Compact proposed by ANU’s John Blaxland earlier this year. No less than a former president of Kiribati said that this compact – a pathway to permanent residency, citizenship and labor market access for the Pacific offering deeper economic and security integration with Australia – would be “difficult for most of the Pacific countries named to turn down.” Another interesting proposal is to offer the Pacific a pathway to Australian citizenship through military service.

These ideas for a new Pacific compact should be handled respectfully, seriously and urgently.