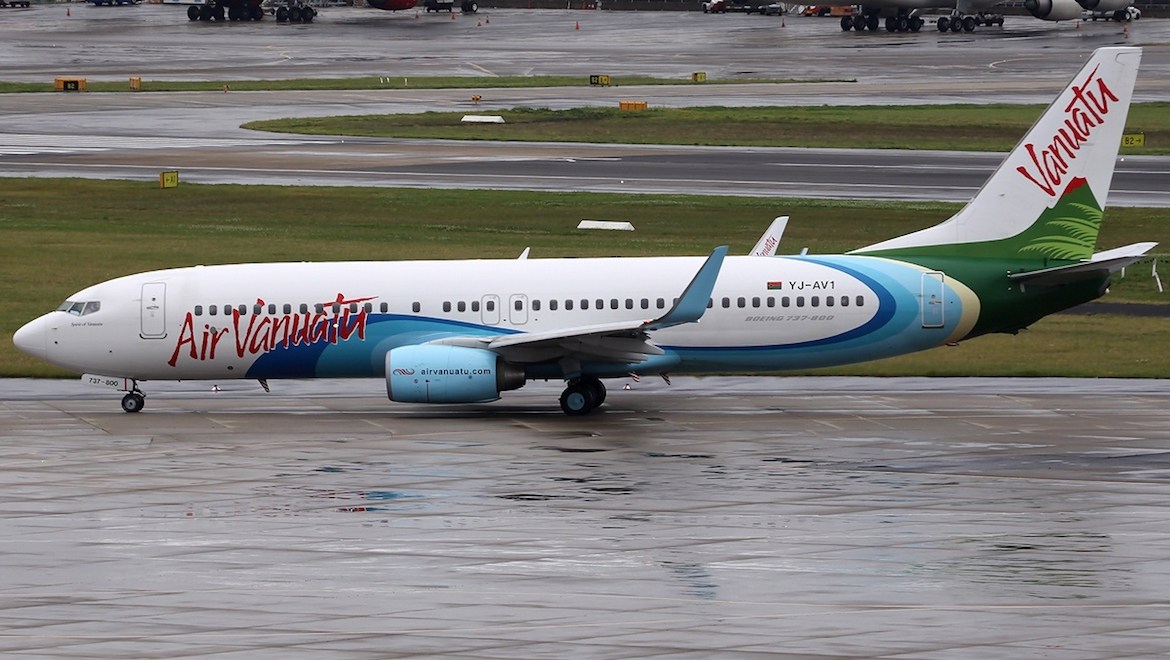 Air Vanuatu will add a third Australian destination to its route network from June when it begins nonstop flights to Melbourne from its Port Vila hub.

The airline plans to serve Melbourne three times per week with Boeing 737-800s. It will be the only carrier on the route.

The flights kick off on June 18 and have been scheduled as a morning departure from Melbourne, arriving in Port Vila in the afternoon. Meanwhile, the reciprocal takes off from Port Vila in the late afternoon for an evening arrival at Tullamarine.

The only other airline with nonstop flights between Australia and Vanuatu is Virgin Australia, which is on the Brisbane-Port Vila route.

Air Vanuatu chief executive Derek Nice said he was thrilled to be launching the airline’s nonstop flights to Melbourne.

“The launch of this new route will be particularly exciting for people living in Melbourne who have already discovered the wonders of Vanuatu and can’t wait to go back,” Nice said in a statement.

“They can travel non-stop, on conveniently timed flights, giving them more time in our island paradise.”

Nice said Qantas would also be codesharing on the new Melbourne-Port Vila service, subject to regulatory and government approvals.

“Like the people of Vanuatu, a holiday in Vanuatu is full of fun, inspired by the cheeky spirit delivered with a big Ni-Vanuatu smile,” Issachar said in a statement.

“Now is the time to get Vanuatu on your bucket list.”