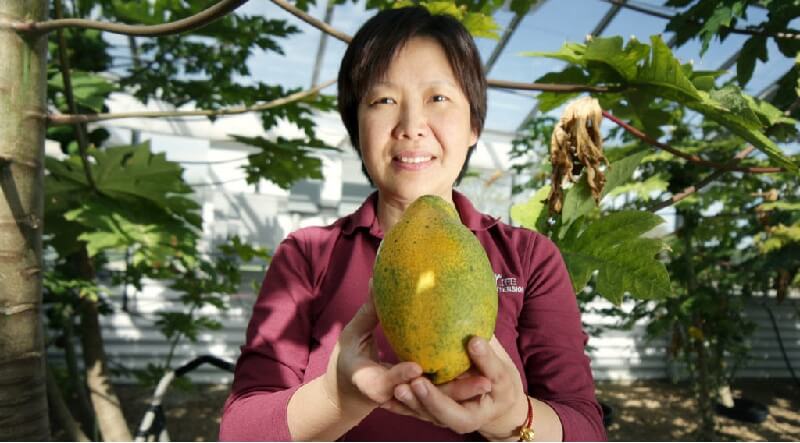 DALLAS — A gene that dictates which of three sexes a papaya tree will become, before seed germination, could spur a leap in the ultra-nutritious crop’s production.

This genetic discovery in sex determination would also move growers a little closer to profitable papaya production in controlled environments, like greenhouses, across the globe.

Dr. Qingyi Yu, associate professor of genomics  believes her team, including collaborators from the University of Illinois Urbana-Champaign, has discovered such a gene.

Two trees in one 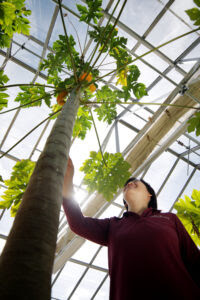 Sex determination of Caricaceae – the plant family encompassing papaya – is a primary focus of Yu’s lab. Her goal is to produce seeds predetermined to grow into hermaphrodite trees, which include male and female characteristics. They are the most viable sex for papaya production.

Male trees produce only pollen while females cannot produce fruit without a male nearby. But the hermaphrodite uses its own male and female sex organs to self-pollinate, producing papayas more efficiently than male-female combinations.

The gene Yu’s team has identified is a strong candidate for controlling sex development of papaya at the seed stage. If her lab can produce a clone of the candidate gene, trial testing of its effectiveness can commence.

Producers today must plant five seeds to guarantee one hermaphrodite tree, Yu said. But that much potential success is good enough to meet demands and secure profits on large field plots for now.

A better tool for the future

In 2004 Yu’s lab contributed to producing a molecular tool that allows sex determination to occur when trees are seedlings. Before that, the only way to determine a papaya tree’s sex was to let it grow until its buds could be examined visually — a process taking as long as six months.

“But the tool is relatively expensive, and crop farmers still prefer to buy seeds over more-expensive seedlings,” Yu said.

As a result, producing seeds that are guaranteed to grow into hermaphrodite trees would be a production game-changer for one of the world’s most nutritious foods. It also could be a step toward economical production indoors, eventually allowing papaya to grow where it cannot today, Yu said.

“But controlled growing space is still so expensive that a first step to profitable papaya indoors would have to be guaranteed production,” she said. “We’re working on that.” 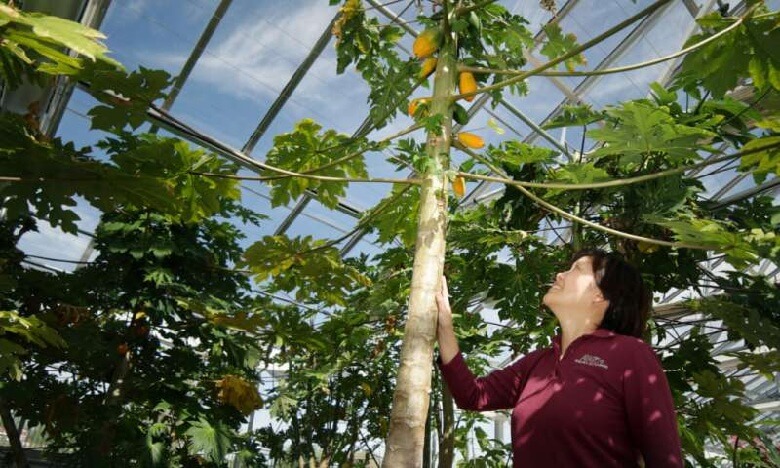 Dr. Qingyi Yu stands among a dozen papaya trees growing in the Texas