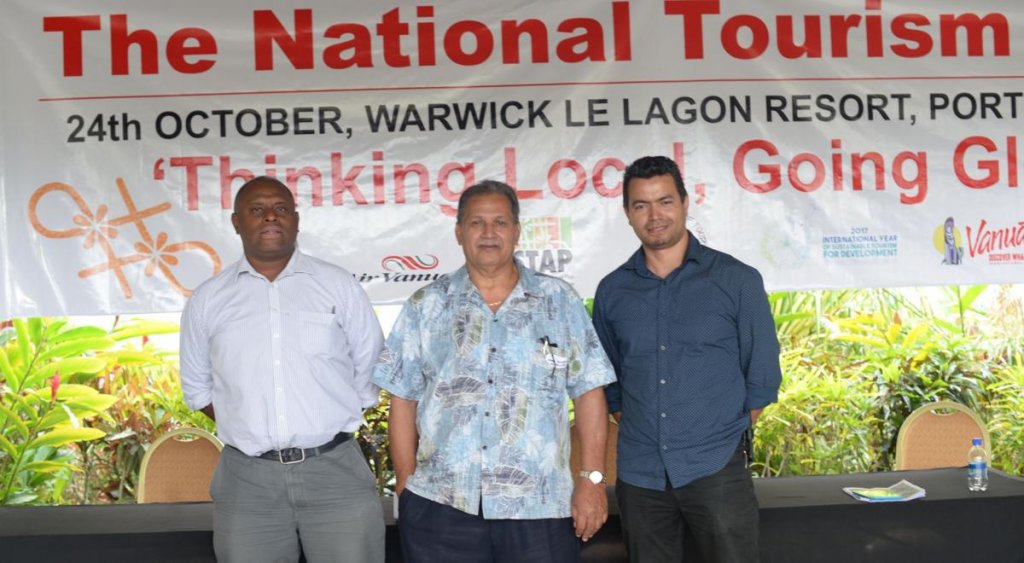 The end of the contracts for Port Vila’s Bauerfield Aiport, Pekoa (Santo)and Whitegrass (Tanna) is set for September 2018.

CEO Rakau announced this at the National Tourism Forum underway in Port Vila during a plenary session on how tourism development can be fostered by enhancing the links between the sectors of tourism and transport.

No commencement date was set since the contract signing due to a few issues concerning the mobilization and completion of environment and safeguard plans by the contractor that have been dealt with, he said.

“However, as of today (Tuesday) the supervising engineer has written to the contractor advising that the 340-days period of the contract is now effective.

“This was just finalized this week”, he said.

The contract for this project; both Lot1 being Bauerfield Airport and Lot2 being Pekoa and Whitegrass projects were awarded to the China Civil Engineering Construction Corporation (CCECC).

“CCECC is finalizing mobilization now and should have all equipment here (in Vanuatu) by mid November at least.

“They will also be working on bringing aggregate here. They are sorting out issues with the supplier they are working with.

“At the moment I understand they will be sourcing aggregate from a supplier in Australia. Tests results have been checked by the supervising engineer and they are happy with it.

“They are now waiting for the contractor to finalize contractual agreements with the supplier.

“There are still a lot of work needed to be done but we are working closely to try and facilitate a fast project as much as possible.

“But, of course there are challenges to overcome particularly with the Bauerfield Airport, we need to work through.

“We have stressed to the contractor to work closely with Bio-security to avoid any issues with the aggregate supplier as experienced earlier this year.

“They are working closely with them making sure they are advised of what  treatments are being done and they might be going to the extend of taking Bio-security with them to visit the supplier to witness and supervise how their treatment plans are made to avoid any situations of aggregate not allowed to enter the country,” he explained.

Yesterday’s National Tourism Forum was an opportunity for tourism officers to interact with Mr Rakau and colleagues who are instrumental in driving decision making.

The Pacific Tourism Ministers Meeting will end the week long event on Friday.